The clients had an old uPVC conservatory on the side of the house in need of replacing. 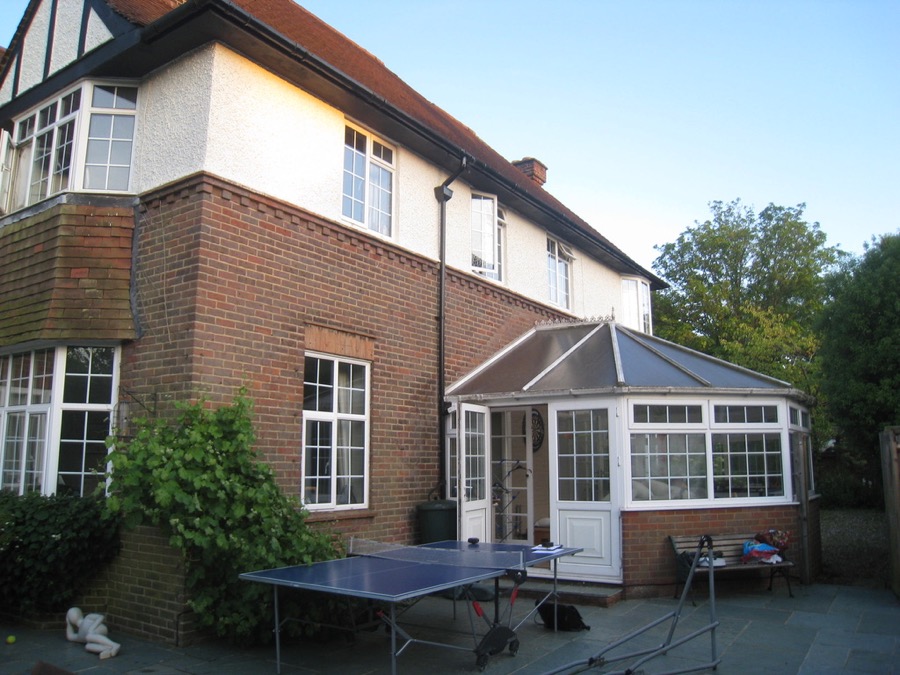 A slightly unusual situation in that it was on the side of the house, half of the new orangery would face the front garden, half the back.

We produced some CAD visuals… 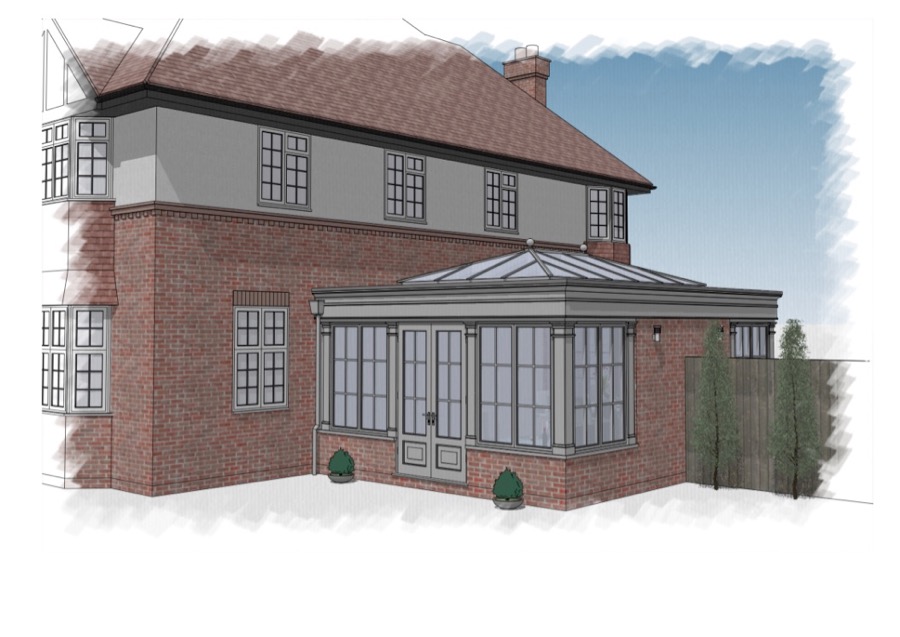 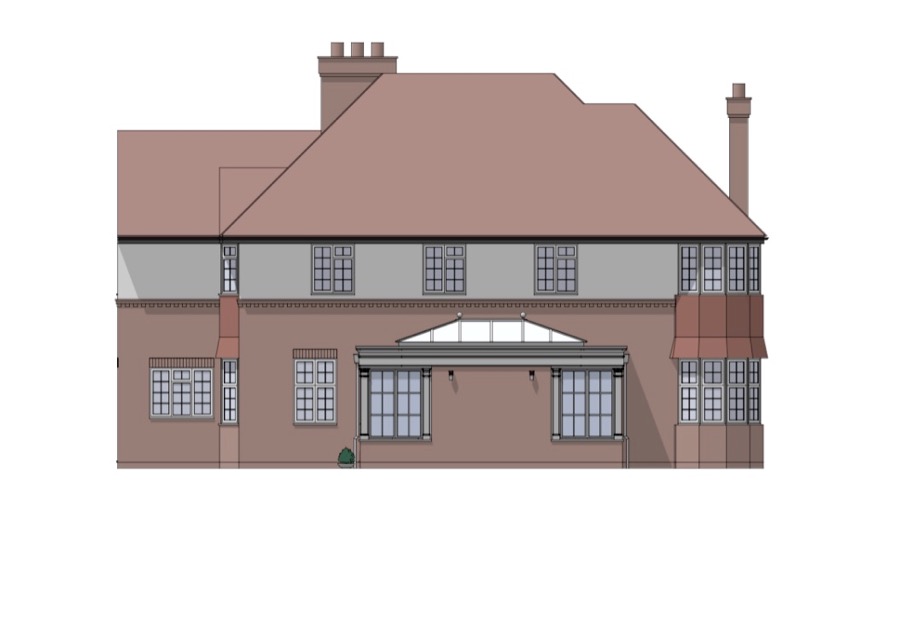 …doors to the garden at the rear and windows to the front garden. Pilasters with plinth and capital blocks The orangery would be accessed via two doors from the main house, one from the rear dining room and one from the front drawing r 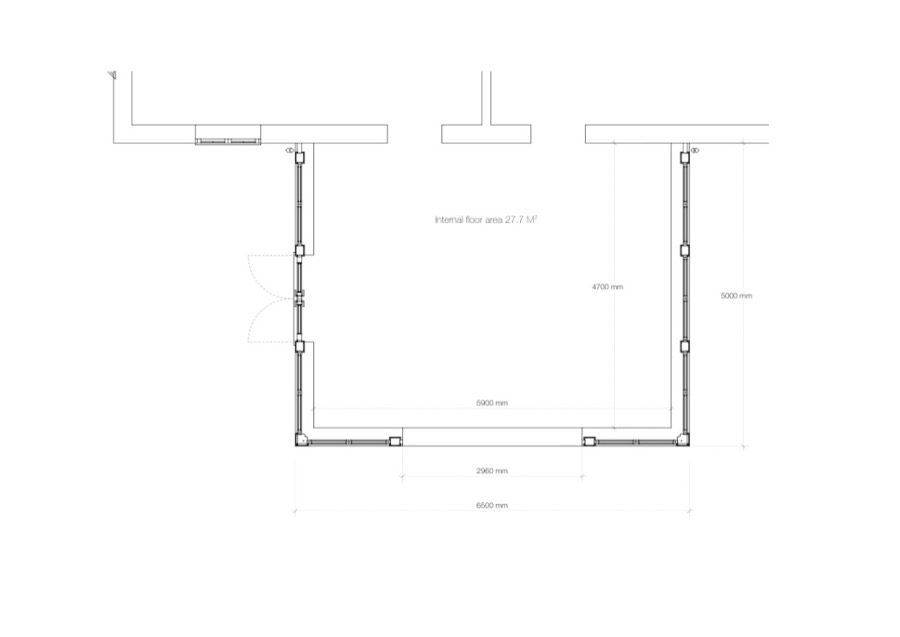 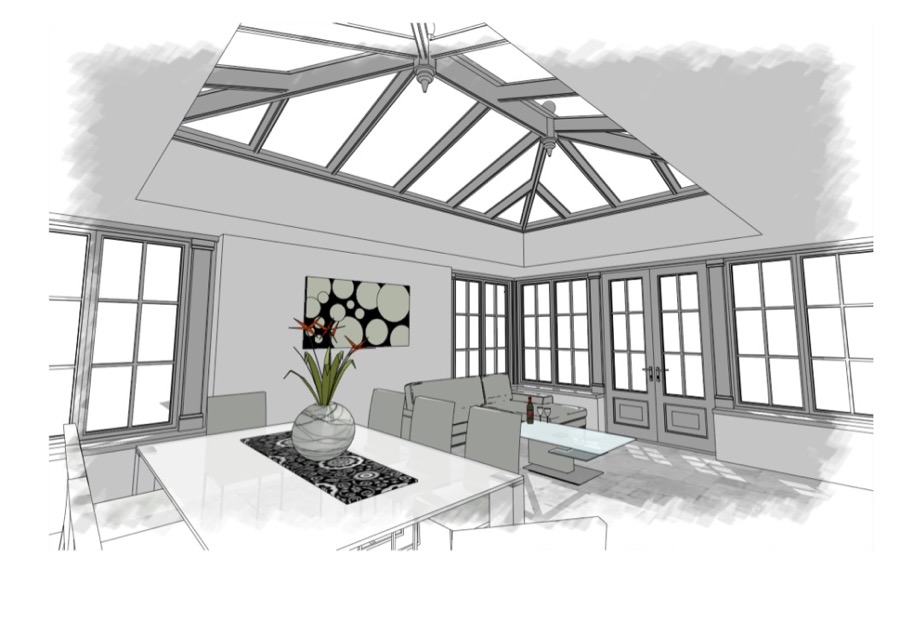 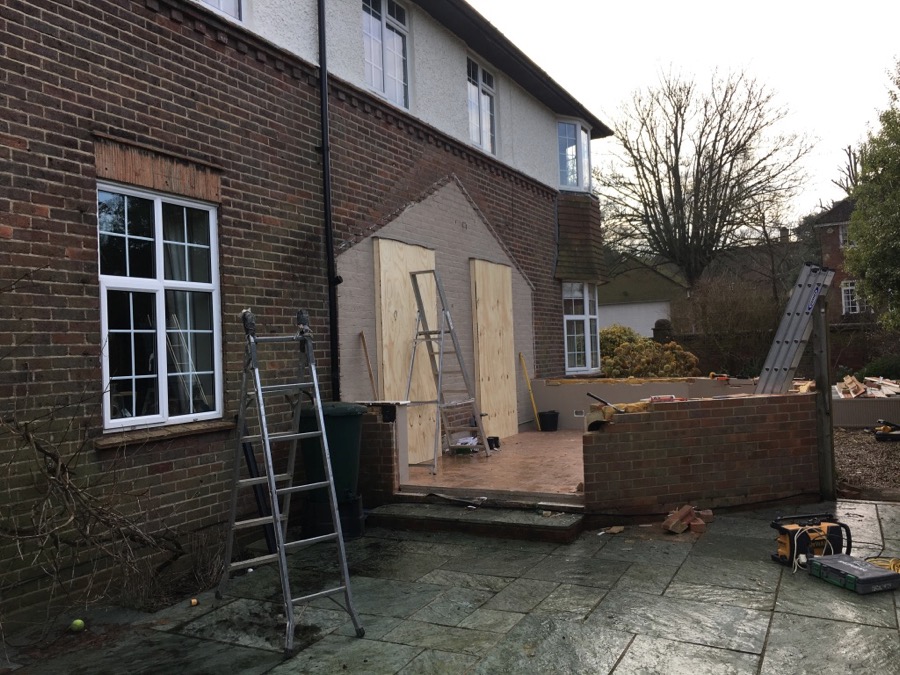 The old base was broken out along with the old perimeter footings. The existing footings were quite shallow, the new foundations would be subject to Building Regulations and required to be around two metres deep due to the presence of shrinkable clay and high water demand trees.

The grounds conditions in Berkhamsted can vary between clay and chalk even on the same plot of land. Foundations in chalk generally do not have to go as deep as clay. 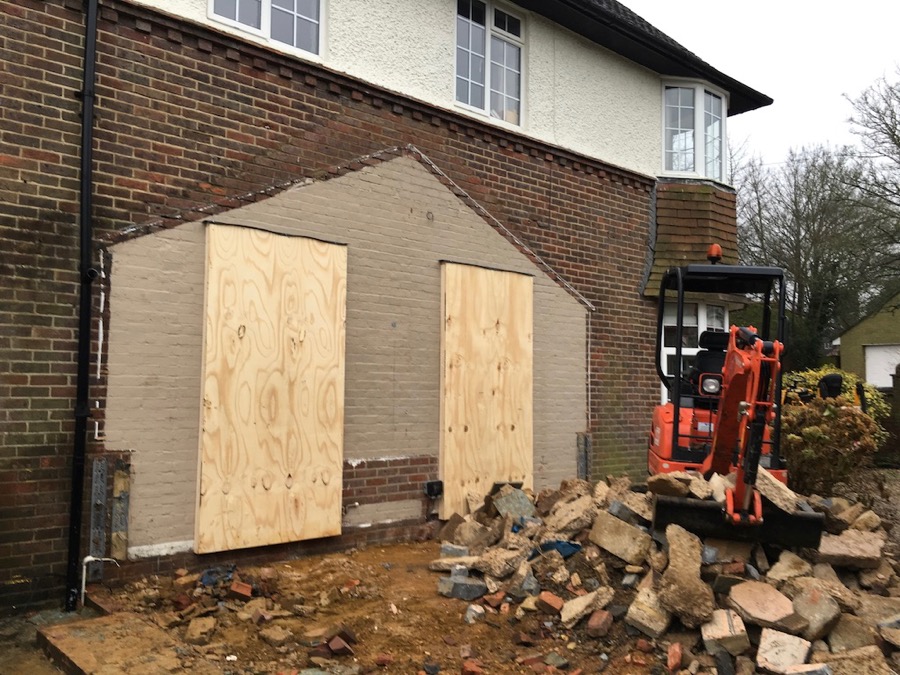 New concrete was poured and the brickwork set out. Due to the shrinkable clay, a suspended concrete floor would be used, which meant an intermediate foundation would be required as the floor beams would not span the entire width of the orangery. 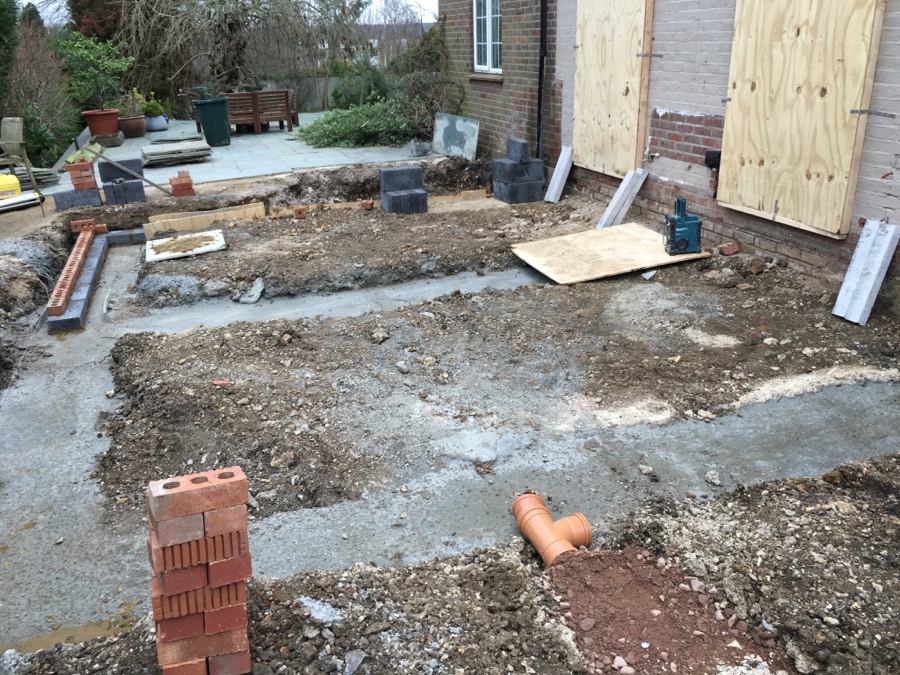 The beam and block floor is laid and the brickwork taken up to D.P.C. Rainwater drainage is run beneath the building; the garden falls away steeply at the rear, most of Berkhamsted is slopes one way or another. 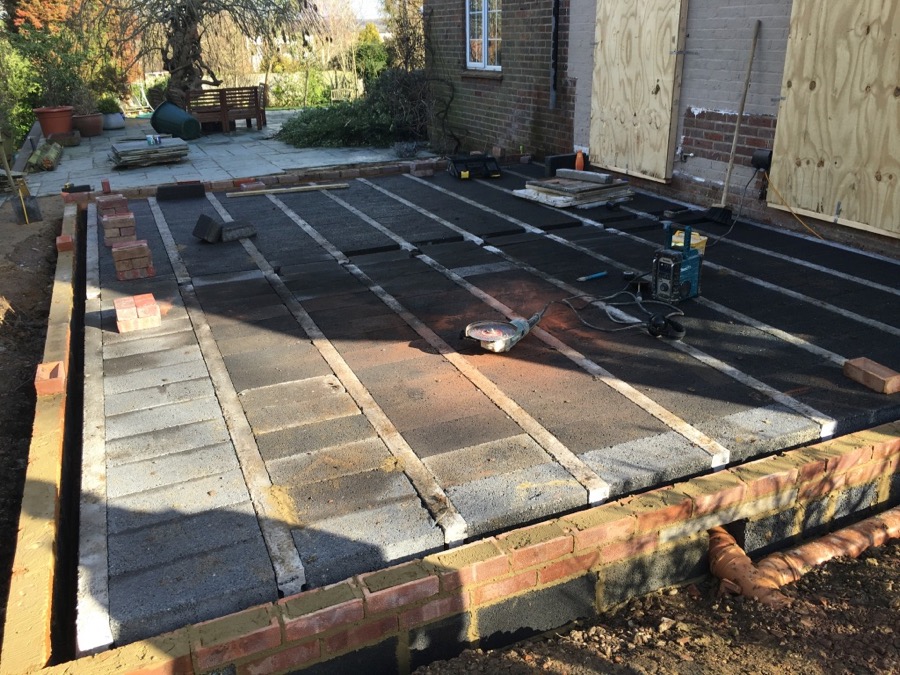 The brickwork is taken up, bricks from a local brickworks (H.G. Matthews) are used to match the house. Structural steel windposts are build into the wall in accordance with our Structural Engineer’s calculations to provide lateral stability to the central panel. 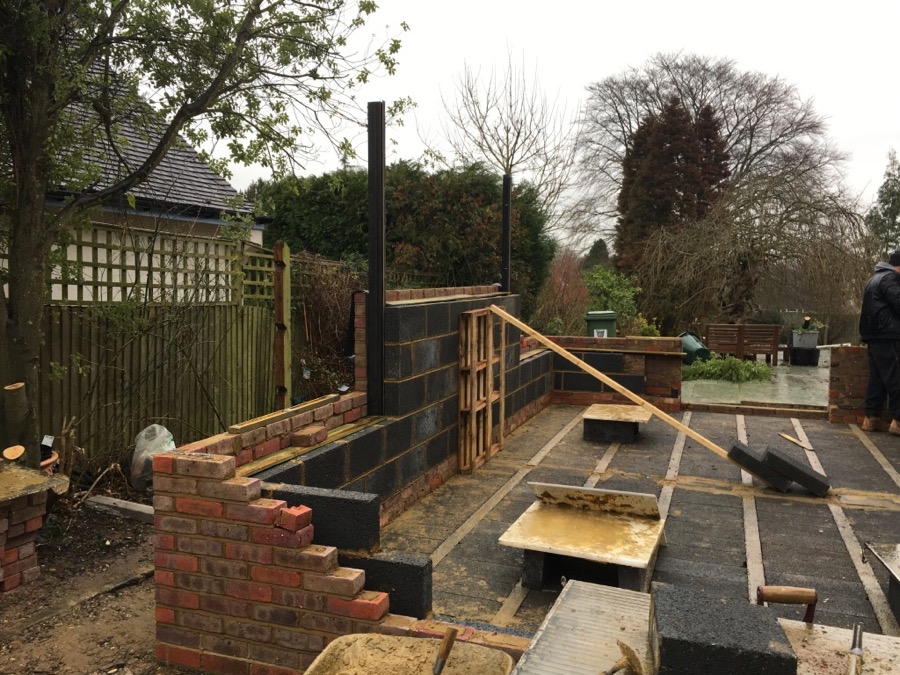 The wall are complete and the side frames are fitted. The flat roof joists and glulam beams are fitted. 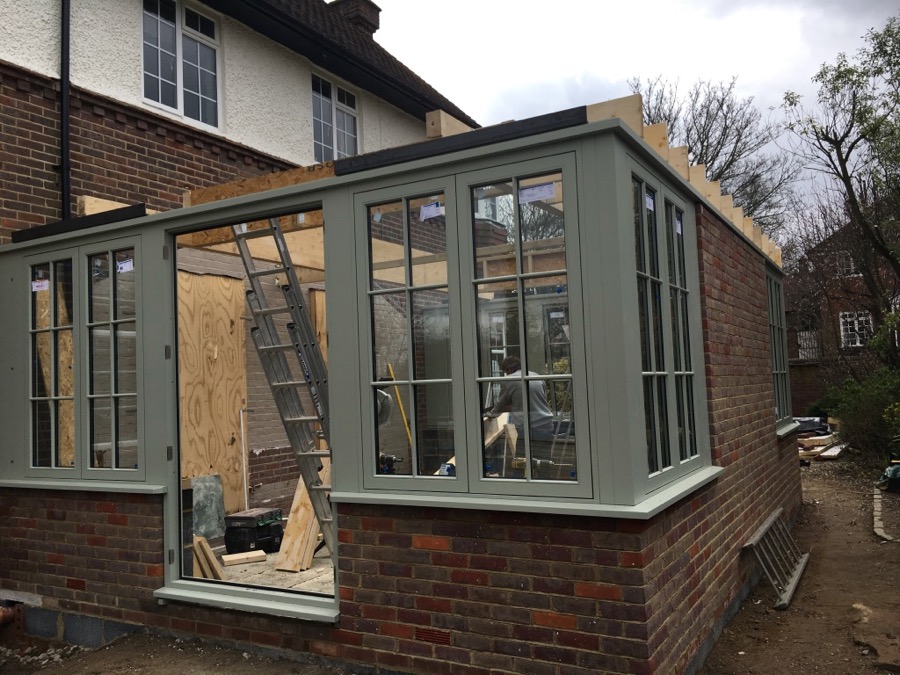 Once the roof is glazed, the fist fix electrics are installed, then the walls and ceiling plastered and the floor screeded. The wet plaster and screed cause condensation as they dry out, but this disappears in a week or so. 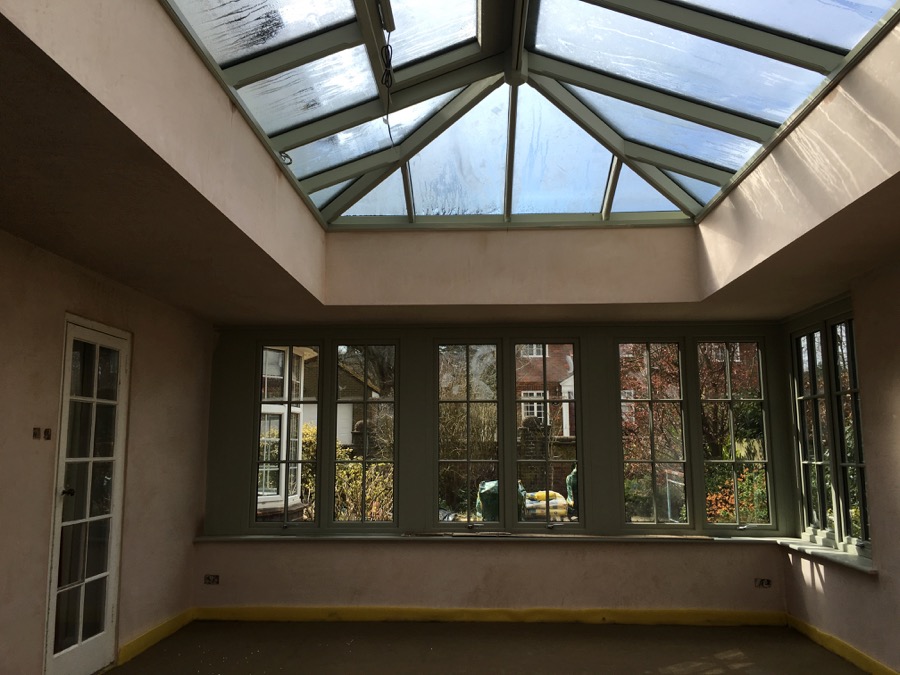 Nearly finished, just making good the paving and the internal decoration. Also a bottom plinth was rendered to match the house. 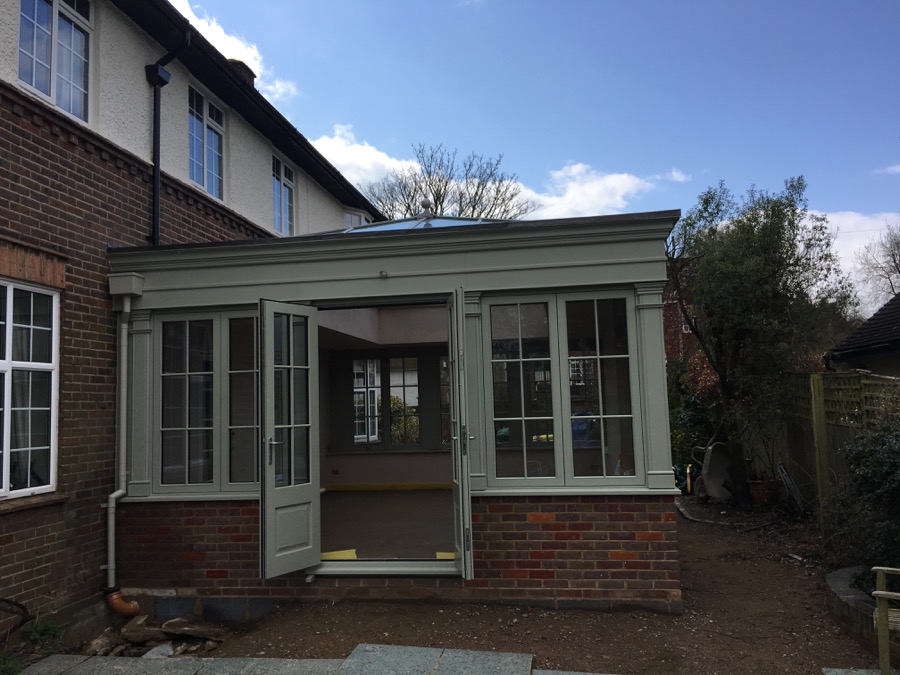 The final result, photo from the rear garden. 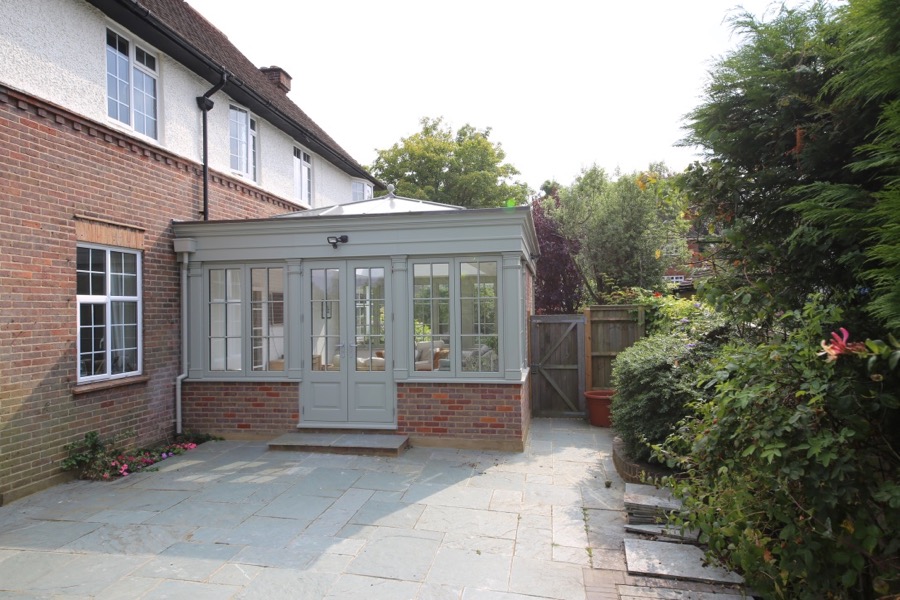 A close up of the corner pilaster detail 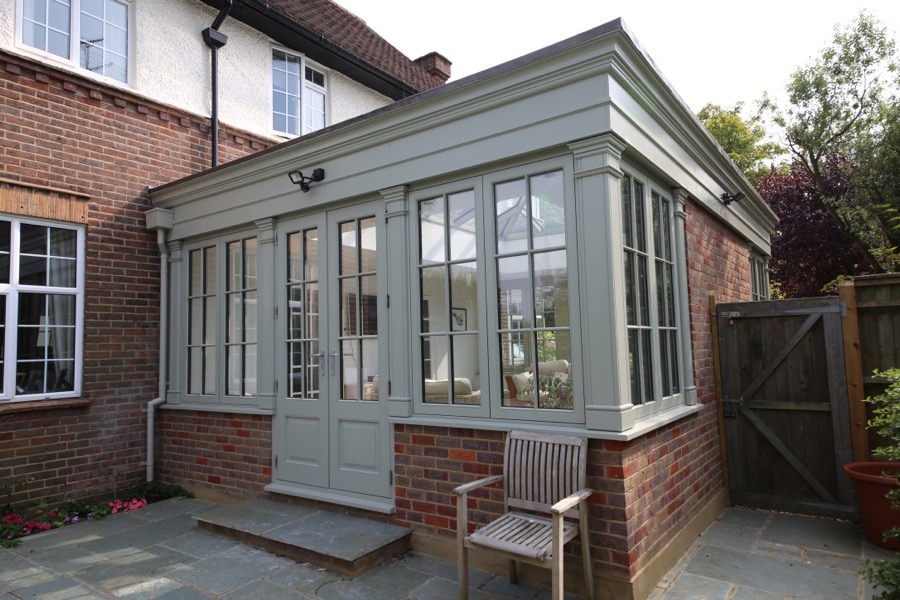 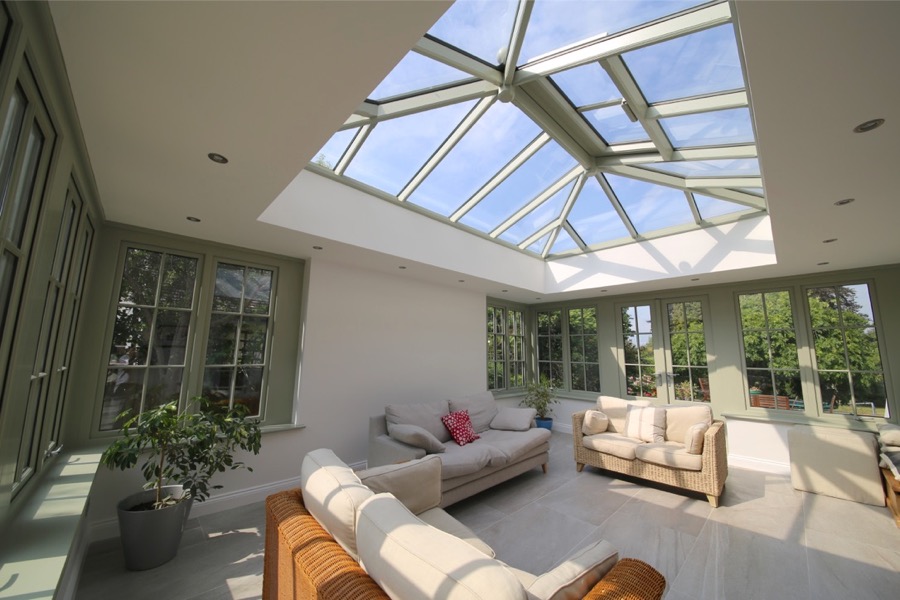