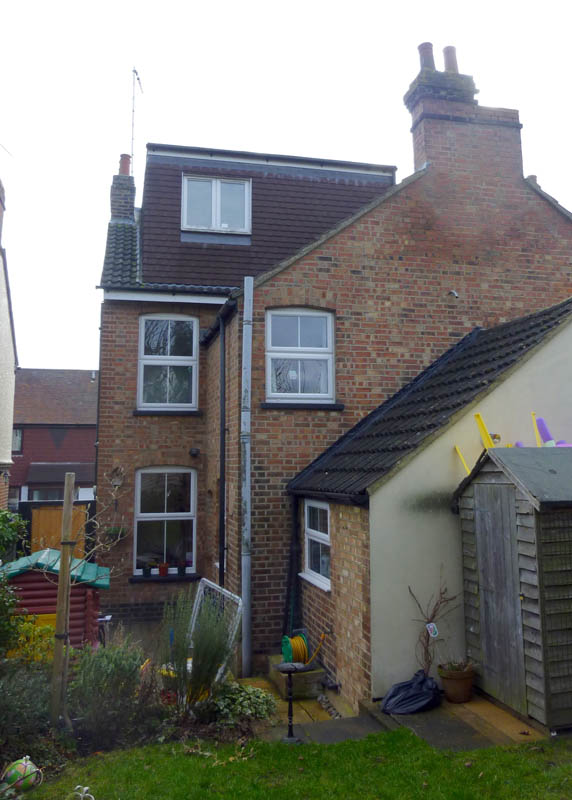 This modest semi-detached house was transformed by the addition of a conservatory kitchen extension. 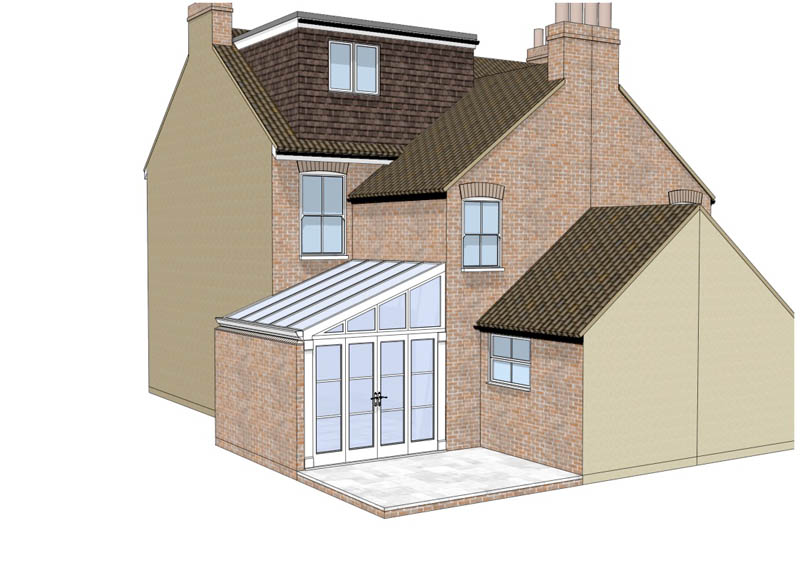 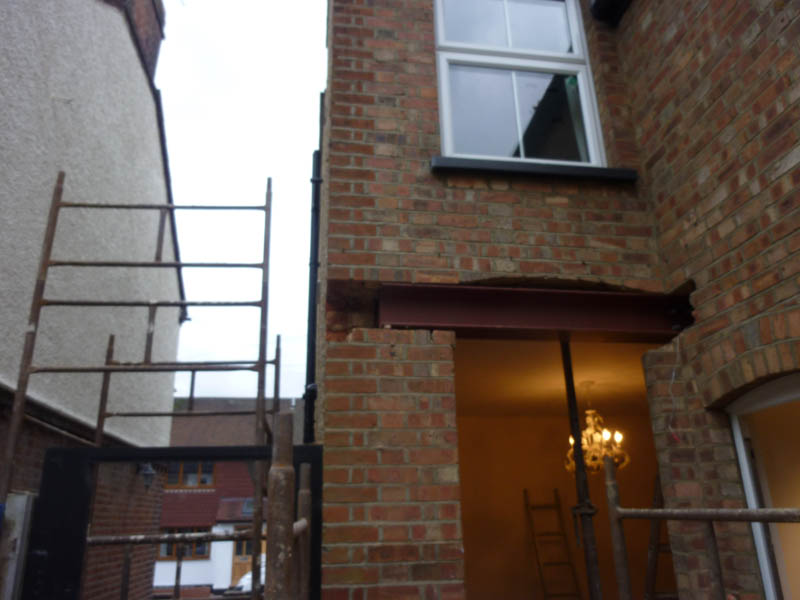 Two walls were to be removed, which required a pair of steels beams, one to be supported off the other.

A fiddly job given the space restrictions!

Steel posts were also required. Due to the point loading, these had to be on new pad foundations, one of which was in the middle of the existing house. 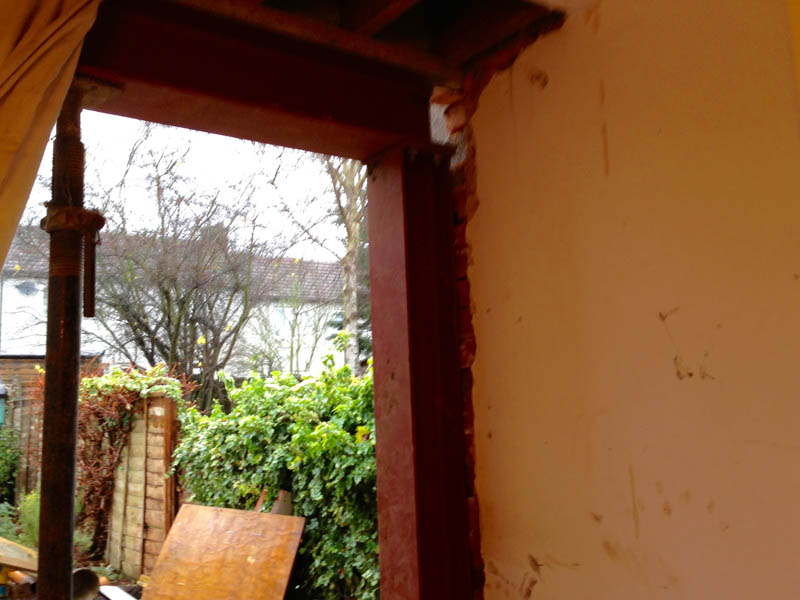 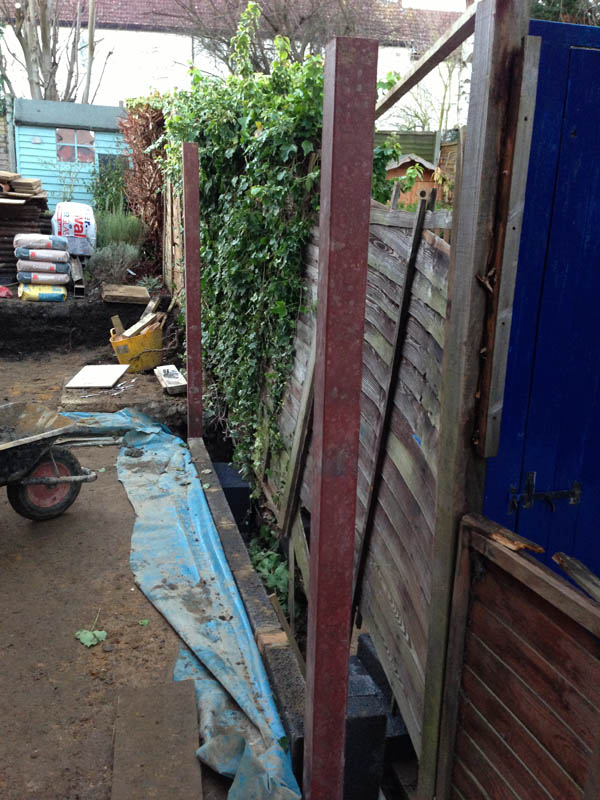 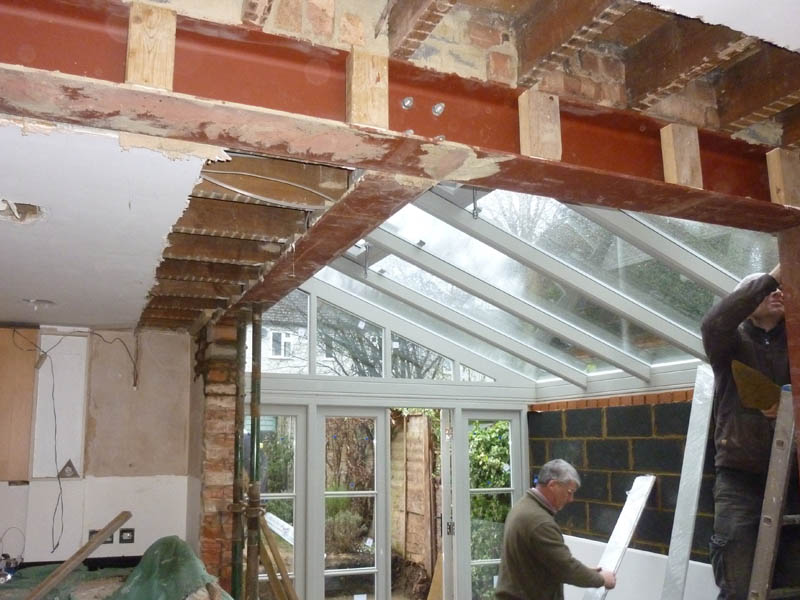 The two new beams in place 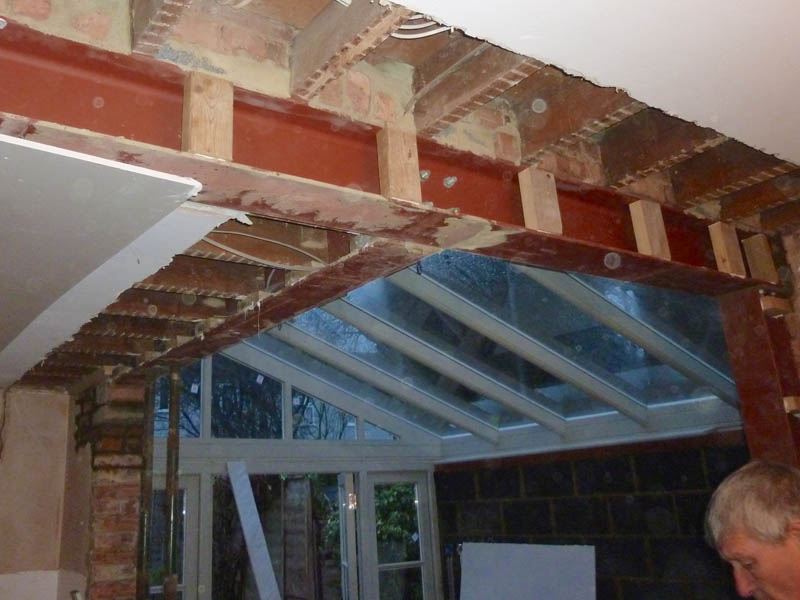 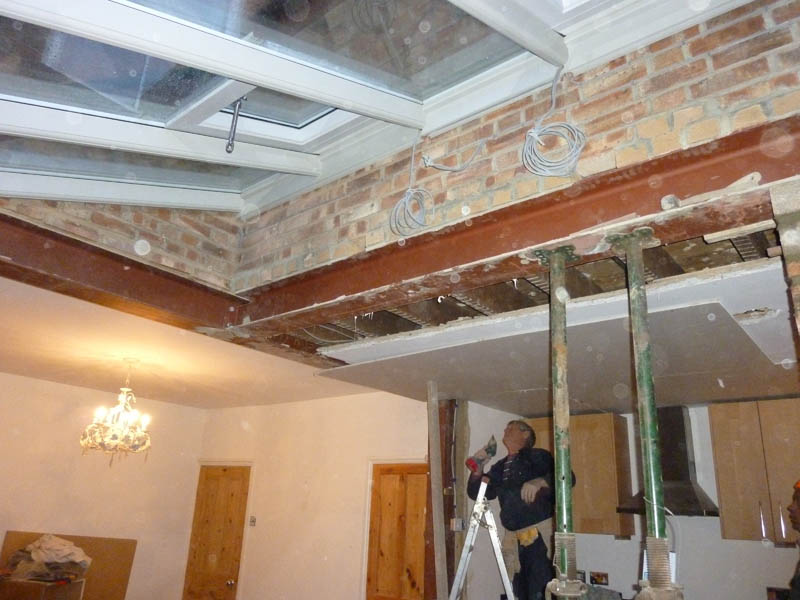 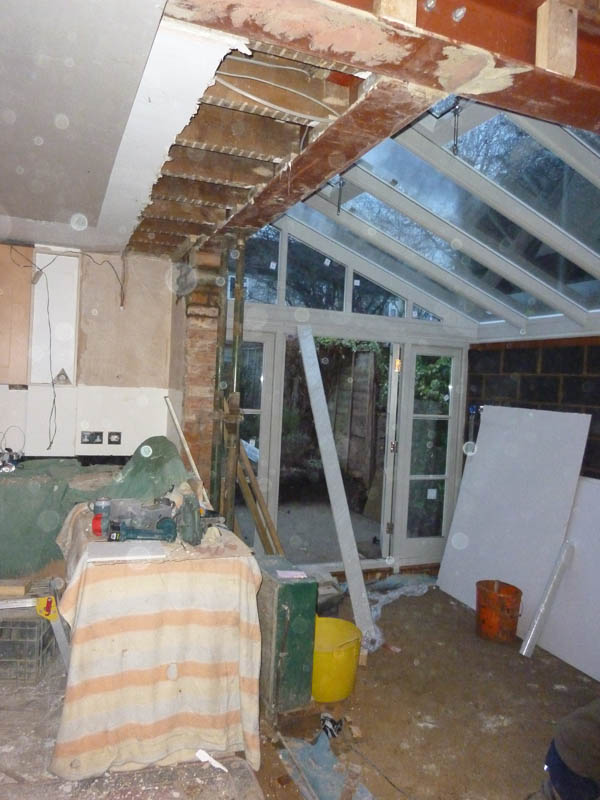 The existing kitchen was to remain 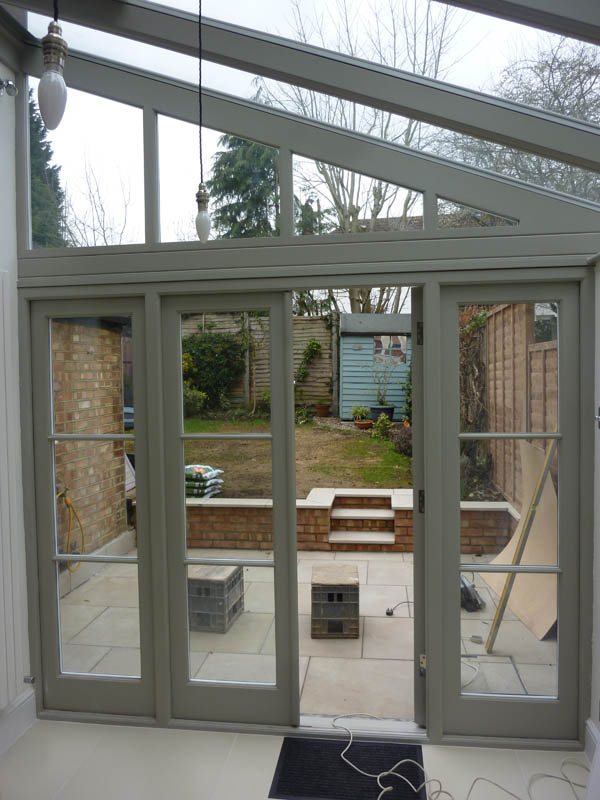 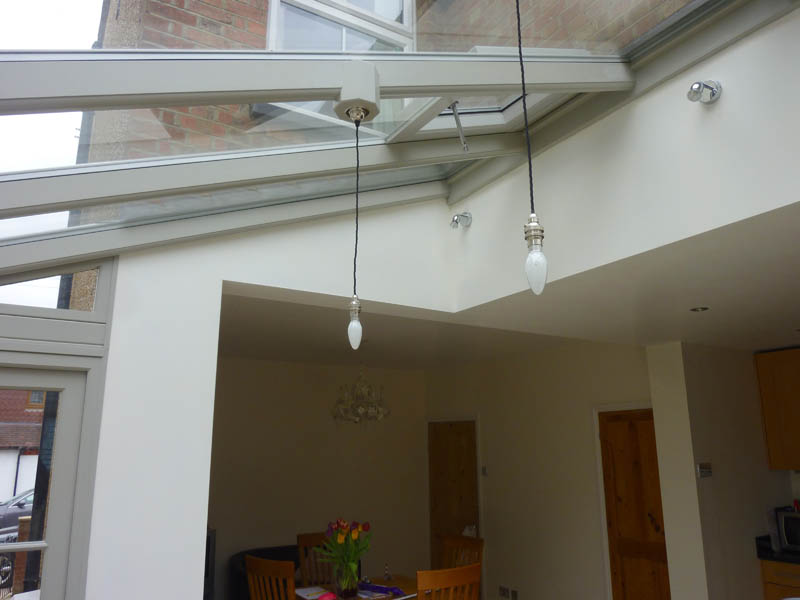 The new opening was worth the hassle! 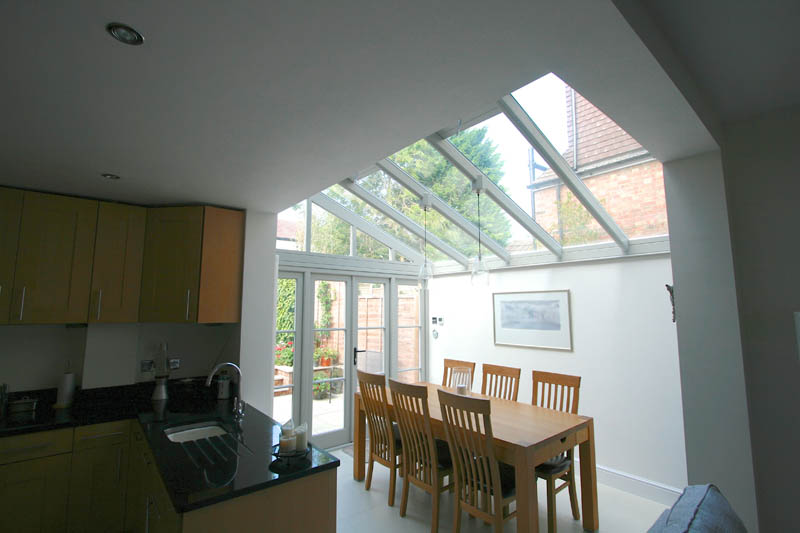 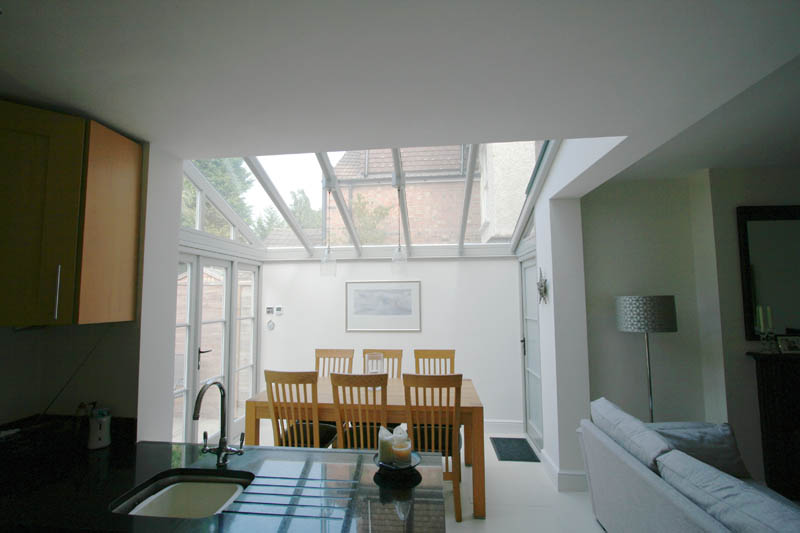 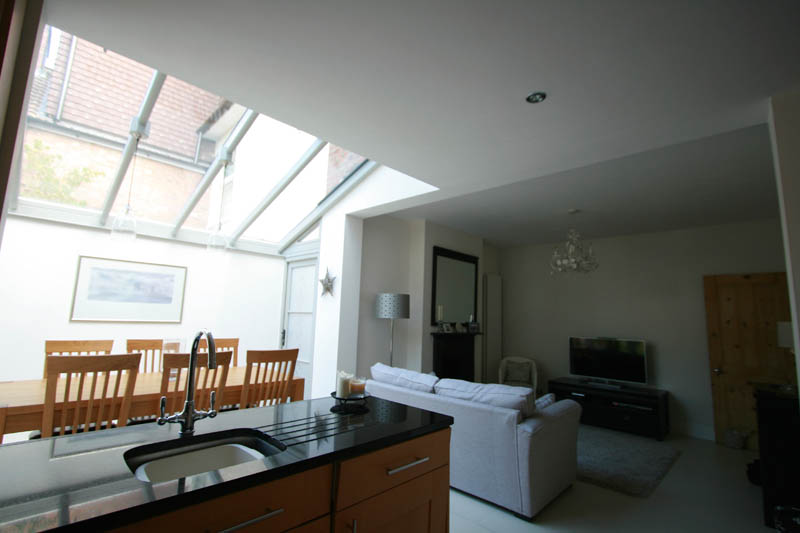 The wide opening brings great light into the lounge area 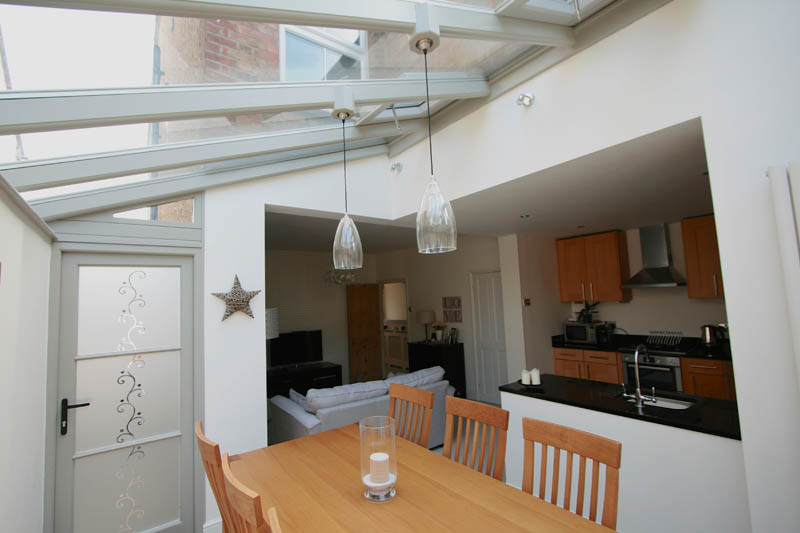 The conservatory extended past the side of the house 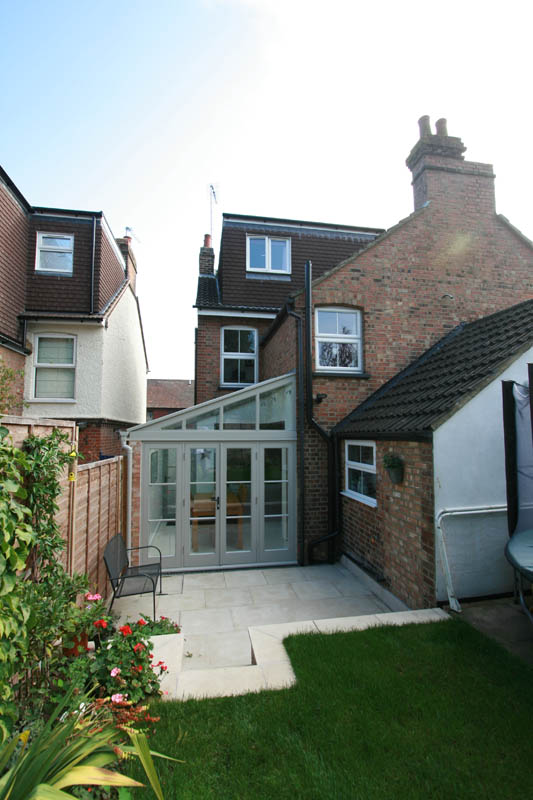 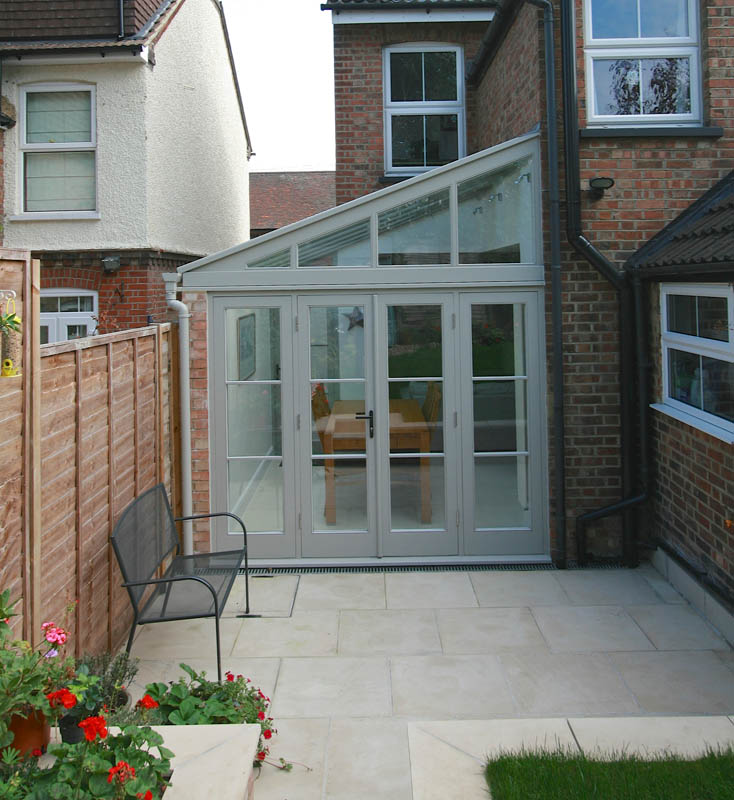 A subtle green/grey finish to the hardwood goes well with the light paving.