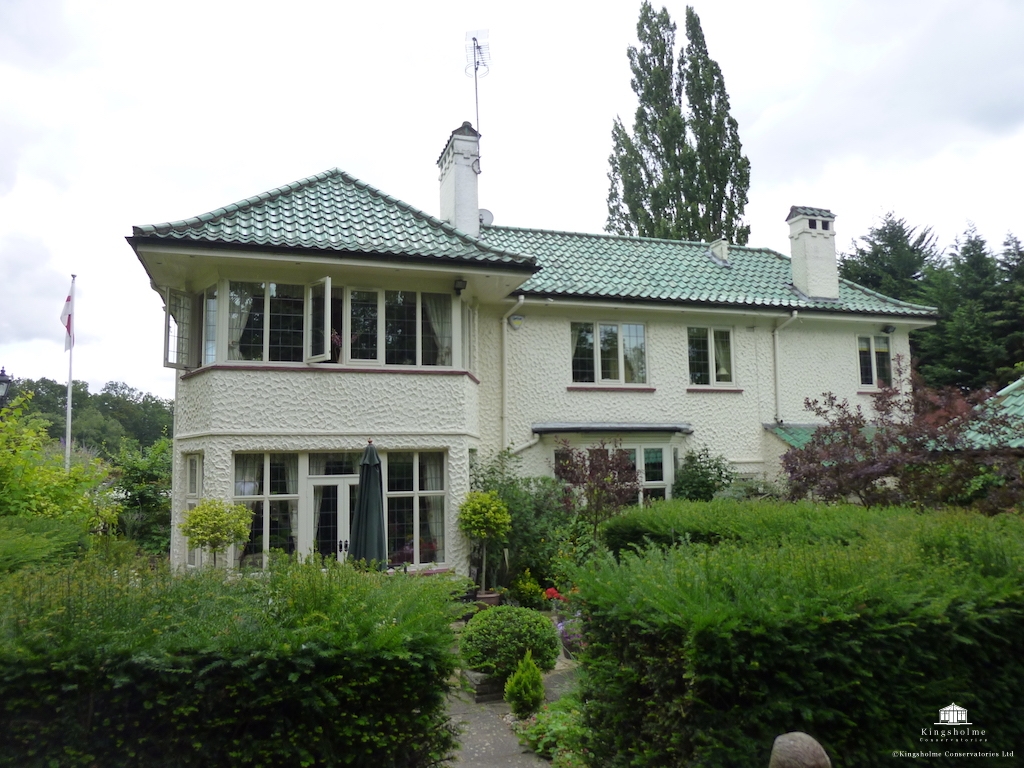 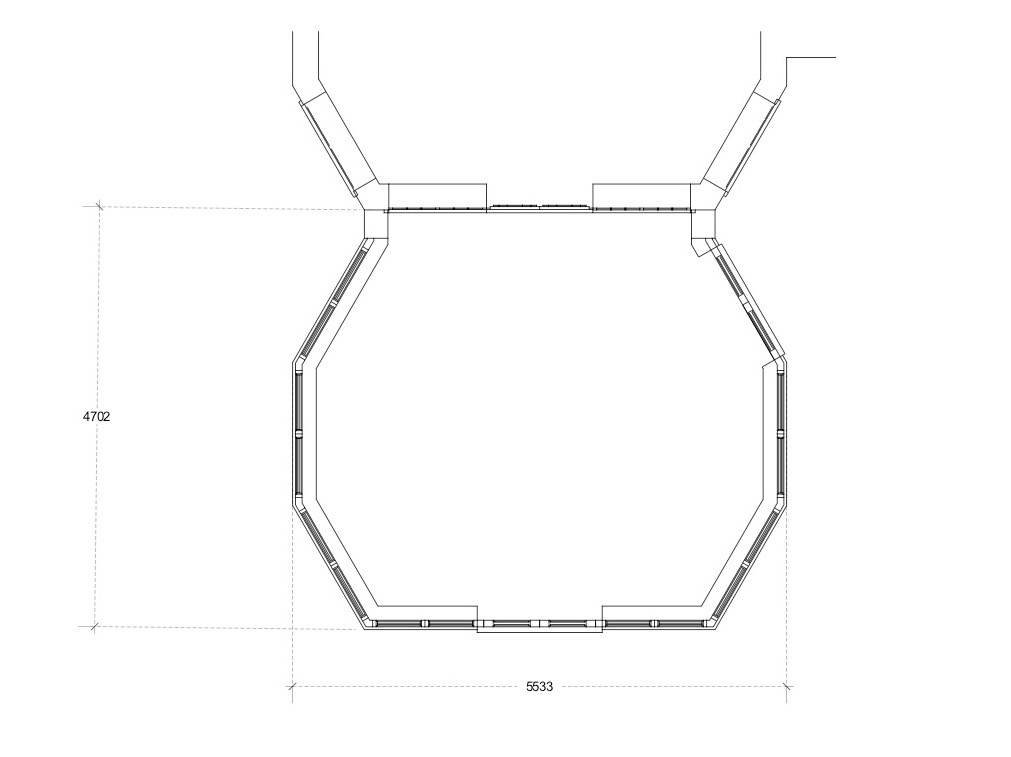 …and to match the arched leaded lights.  Lead was to be used in the windows above the transom only; this would allow a clearer view from the lower windows. 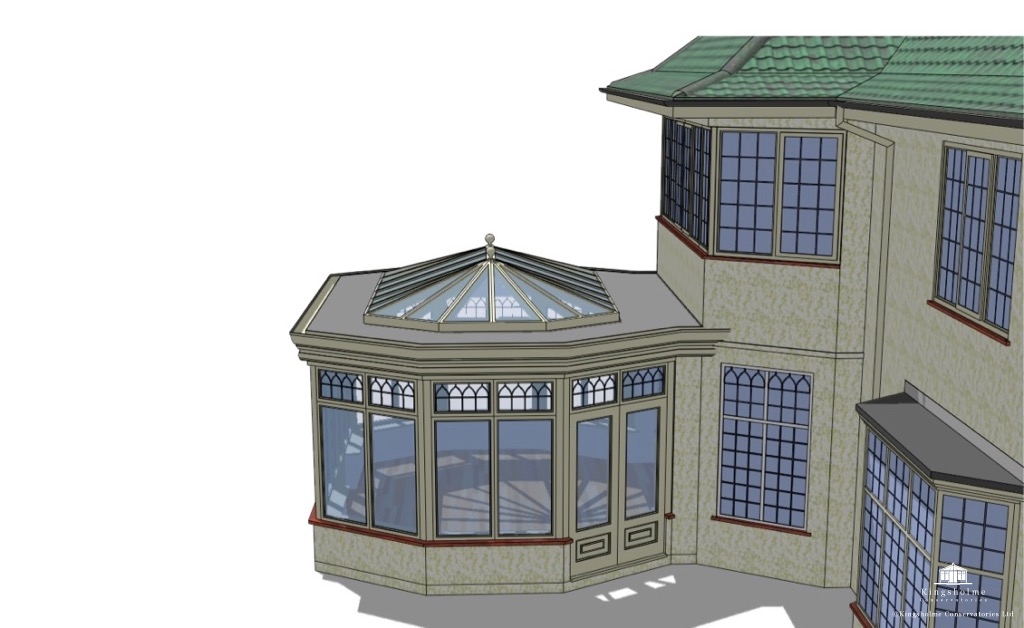 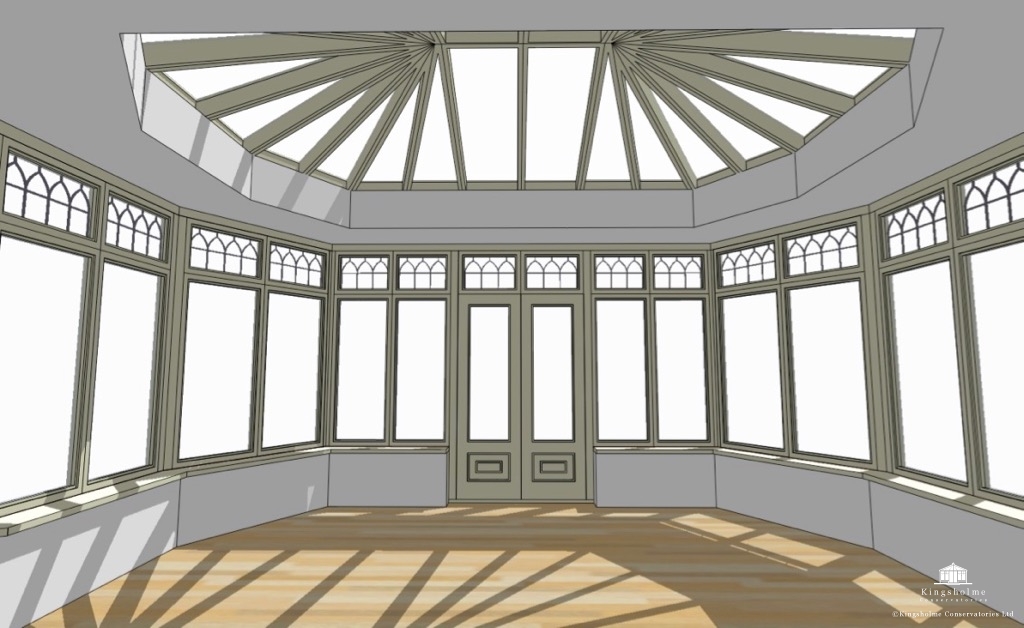 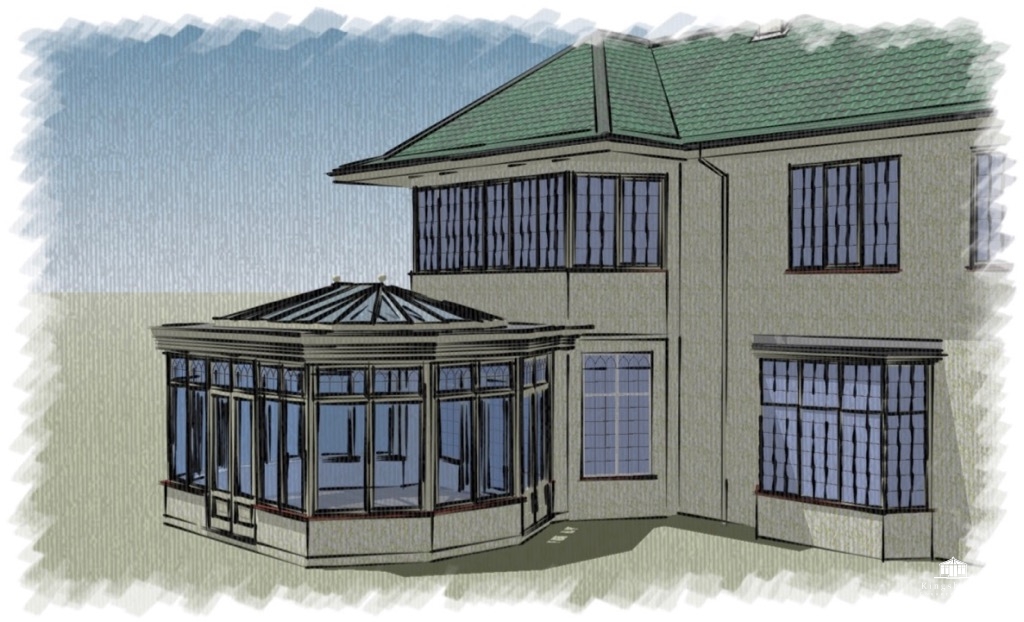 The unique shape of the new orangery was carefully marked-out and the foundations excavated.  The soil was a shrinkable clay and there were high water demand trees nearby, so the perimeter footings needs to be two metres deep. 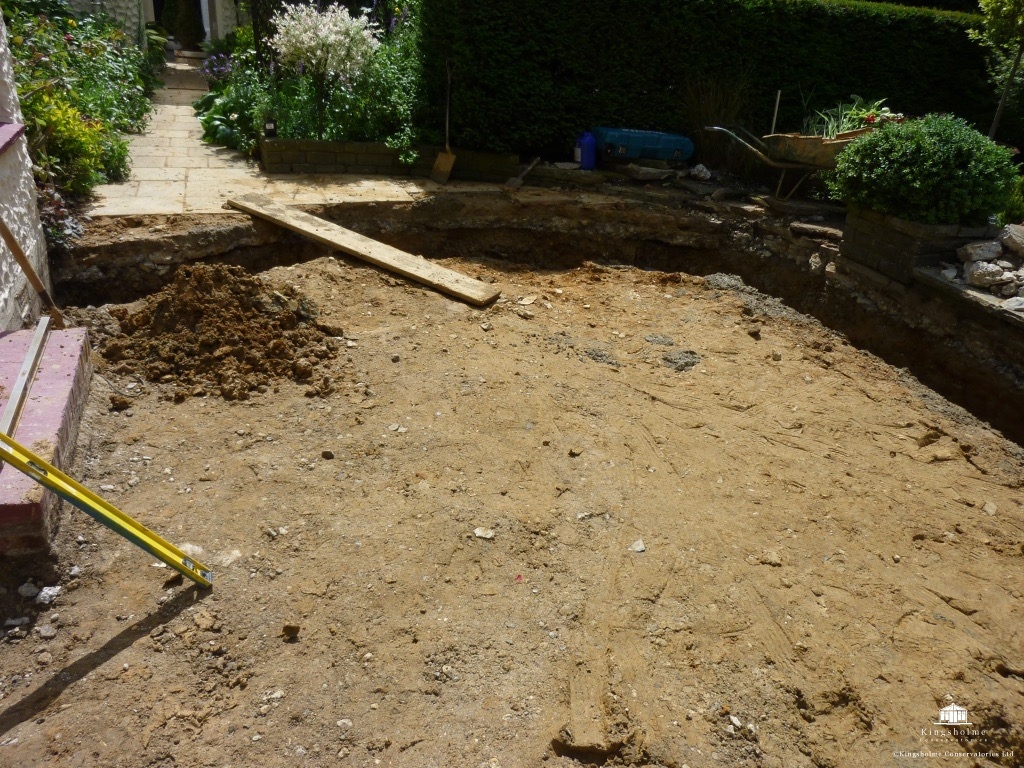 The dwarf wall is built and the orangery framework erected.  The client made an eleventh hour decision to go for fair-faced brickwork rather than to match the render of the existing house. The render on the main building is quite unusual, it features large indentations which may not have worked too well on a low wall.

Specially fabricated bricks were required for the unusual angles. The pre-fabricated framework is erected and fits perfectly onto the base. 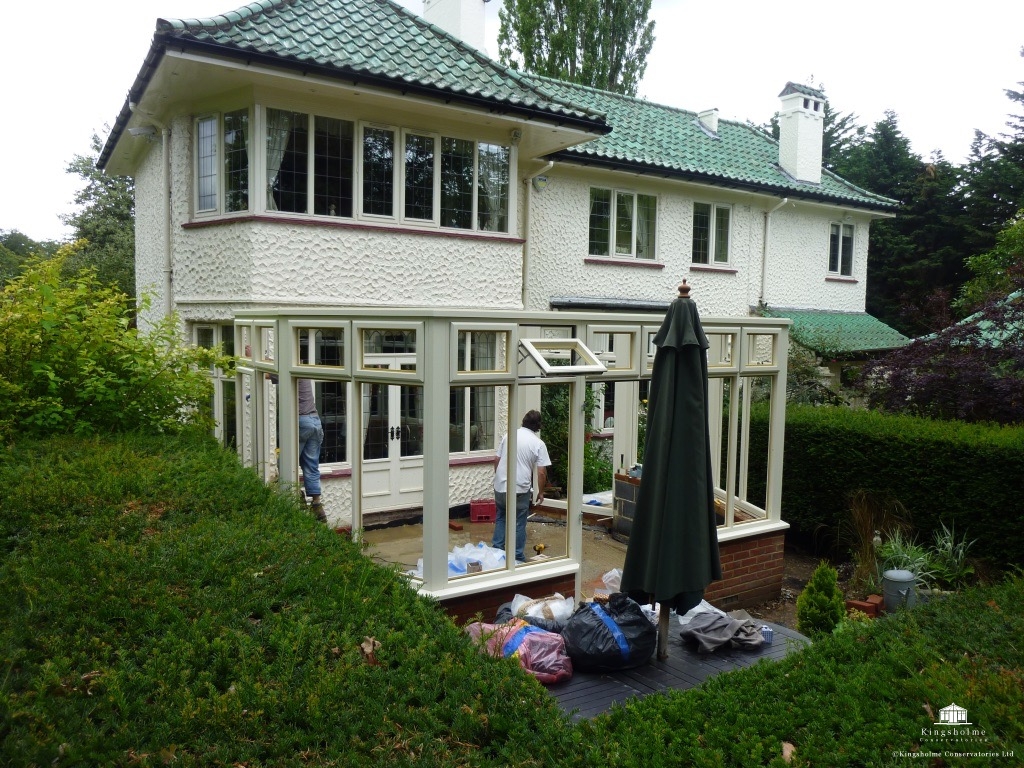 The main glulam beams which form the structural opening for the lantern are hoisted into place. 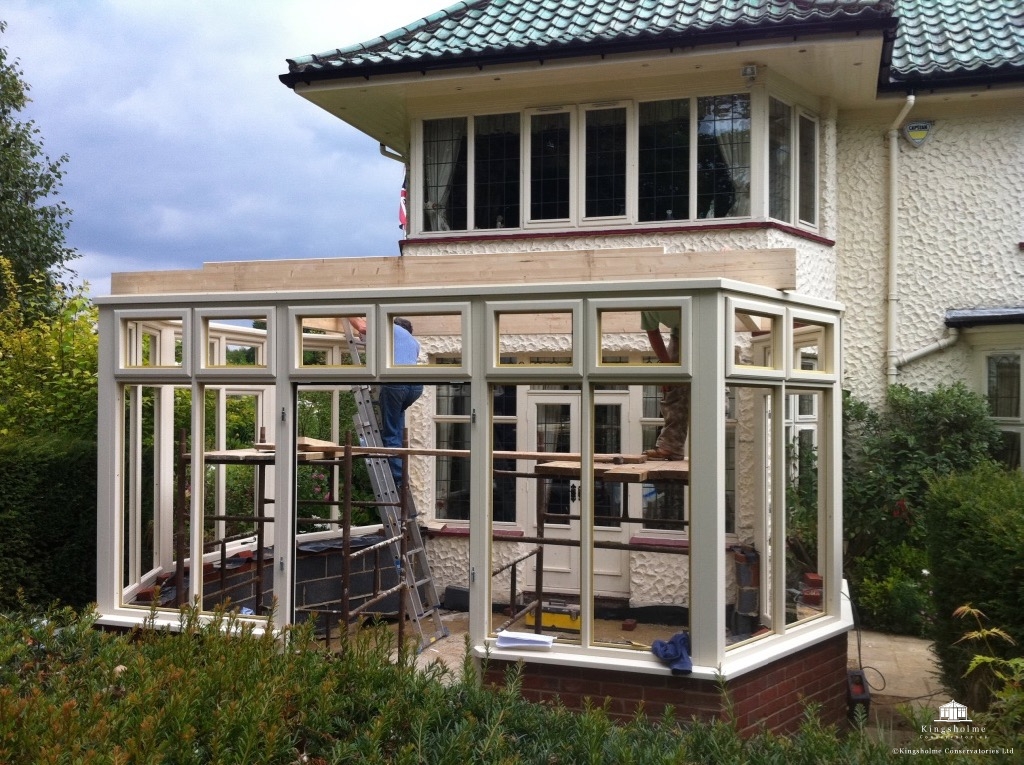 The remainder of the roof structure is built and insulated. A concealed drainage pipe will take the surface water off the roof and into a hopper and downpipe. 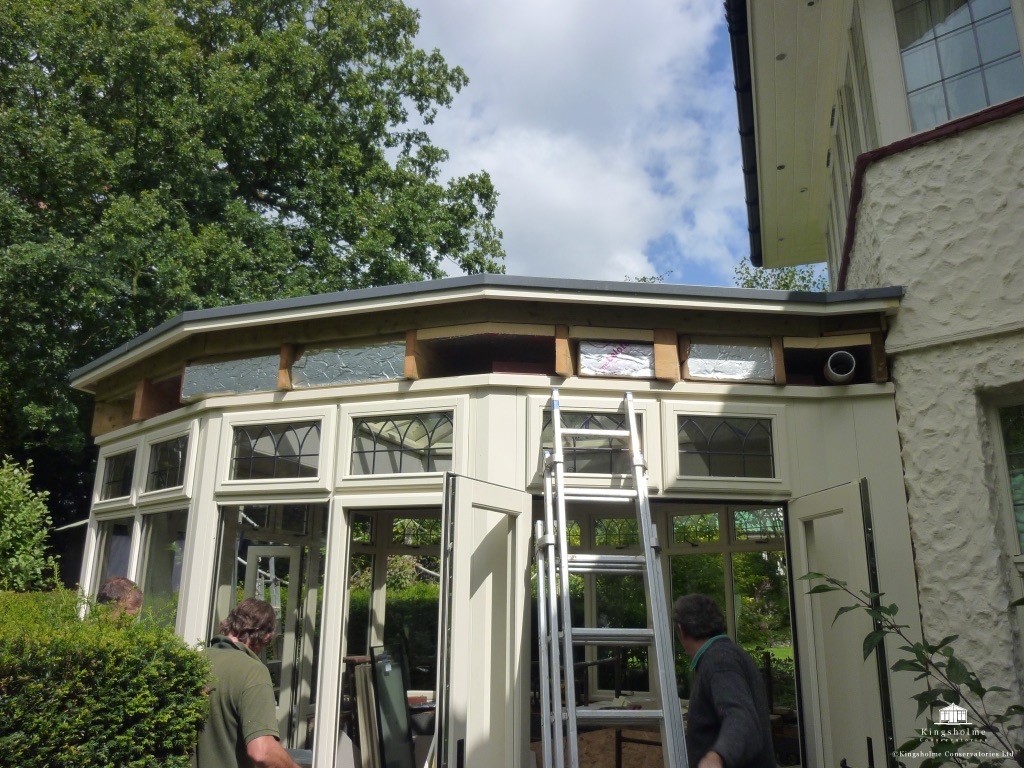 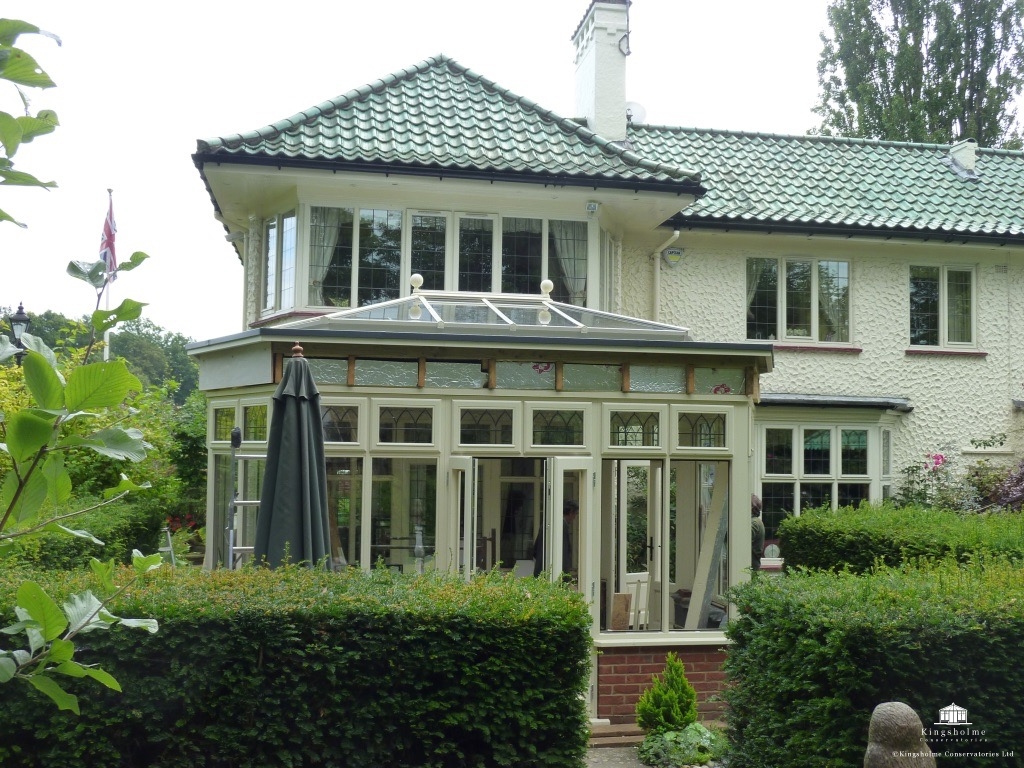 The first fix electrics are complete and the ceiling plaster-boarded 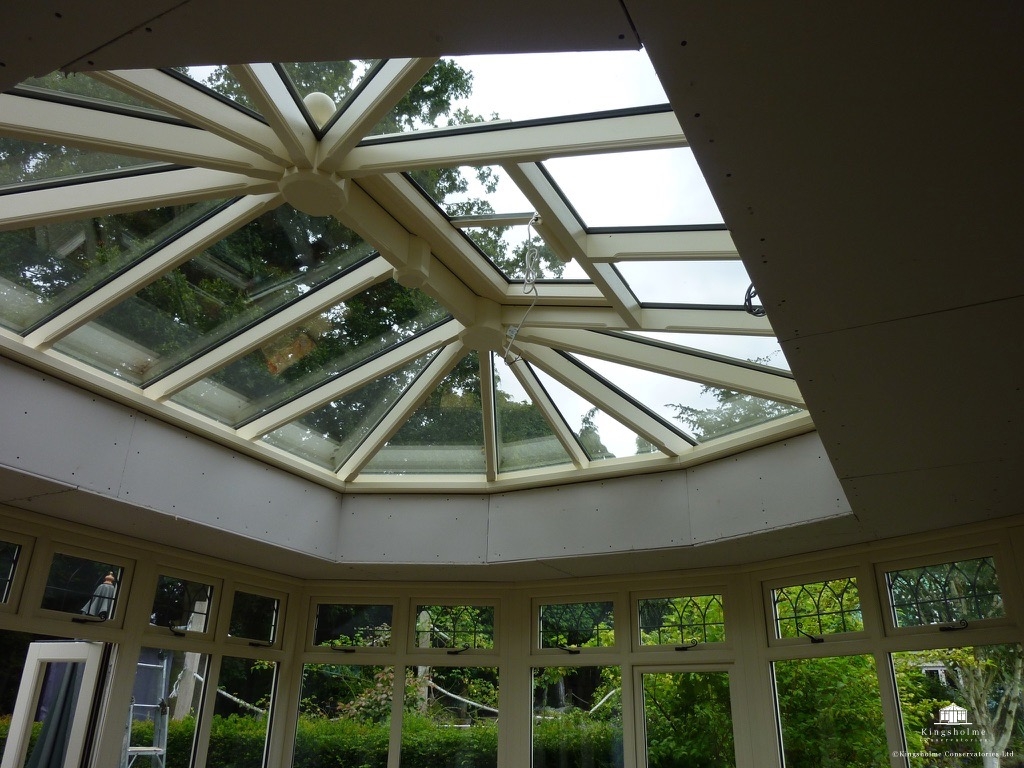 The floor is being insulated ready for underfloor heating and screeding 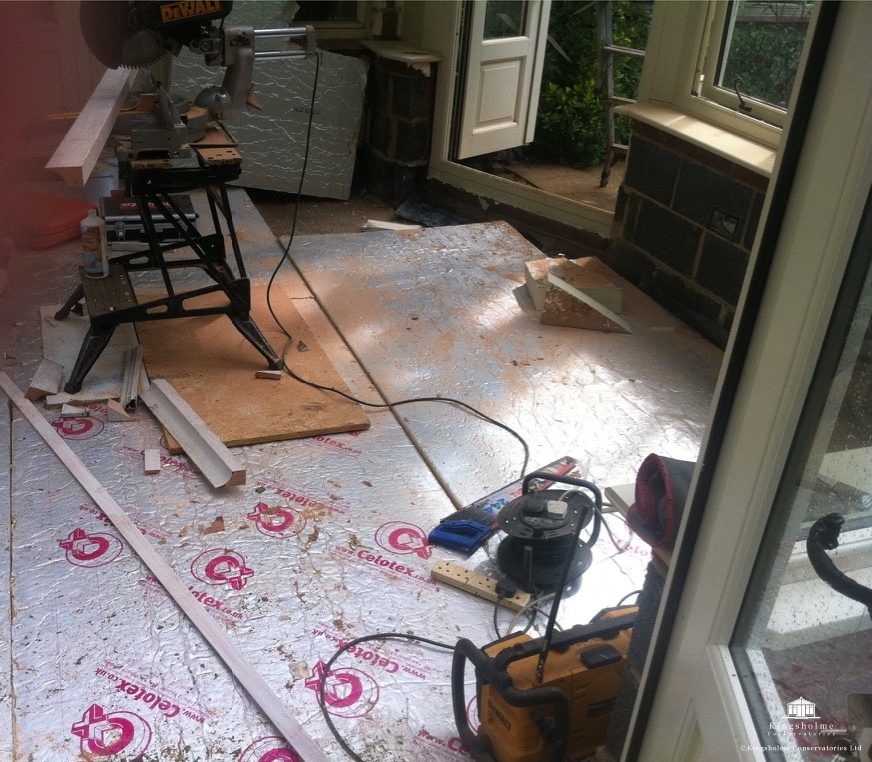 The outside finished and the patio complete 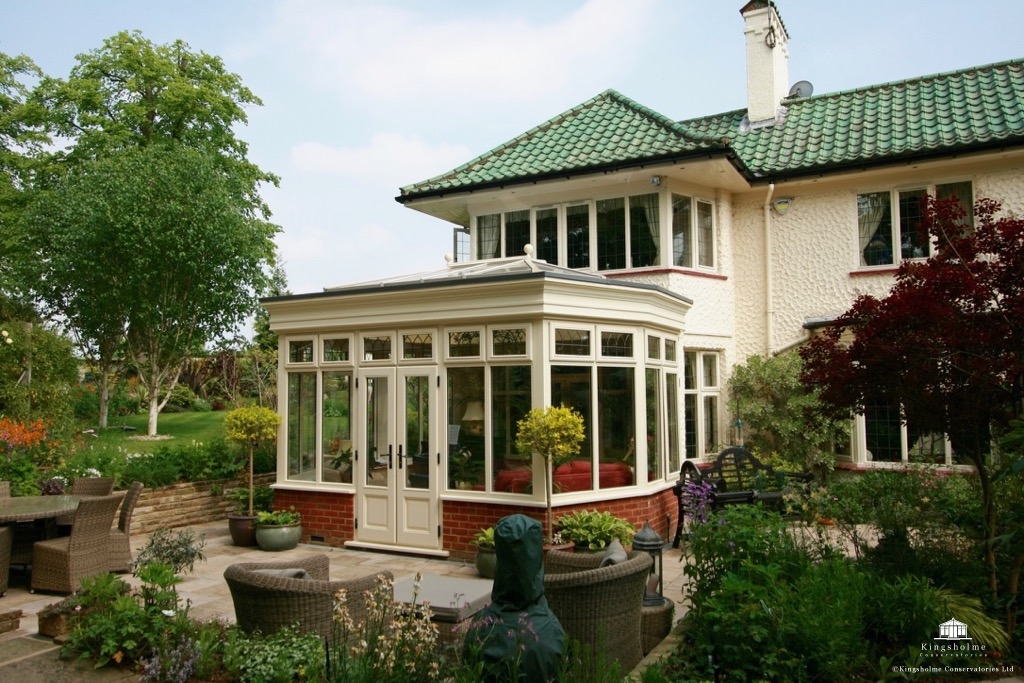 The rainwater hopper and downpipe are fitted 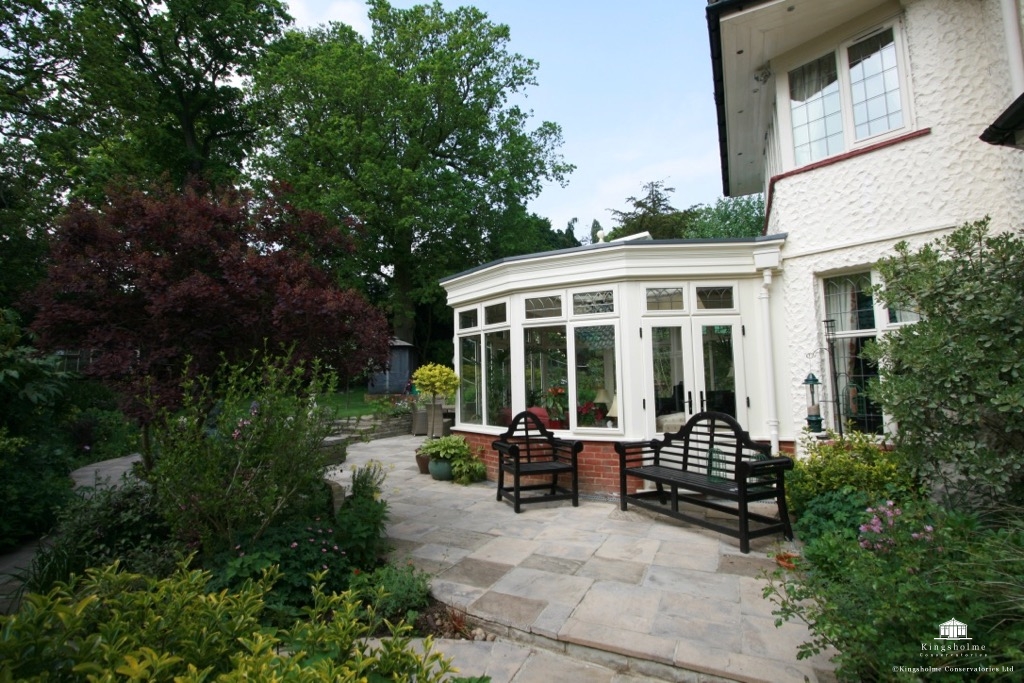 With the hedges gone, a far more open view to the garden 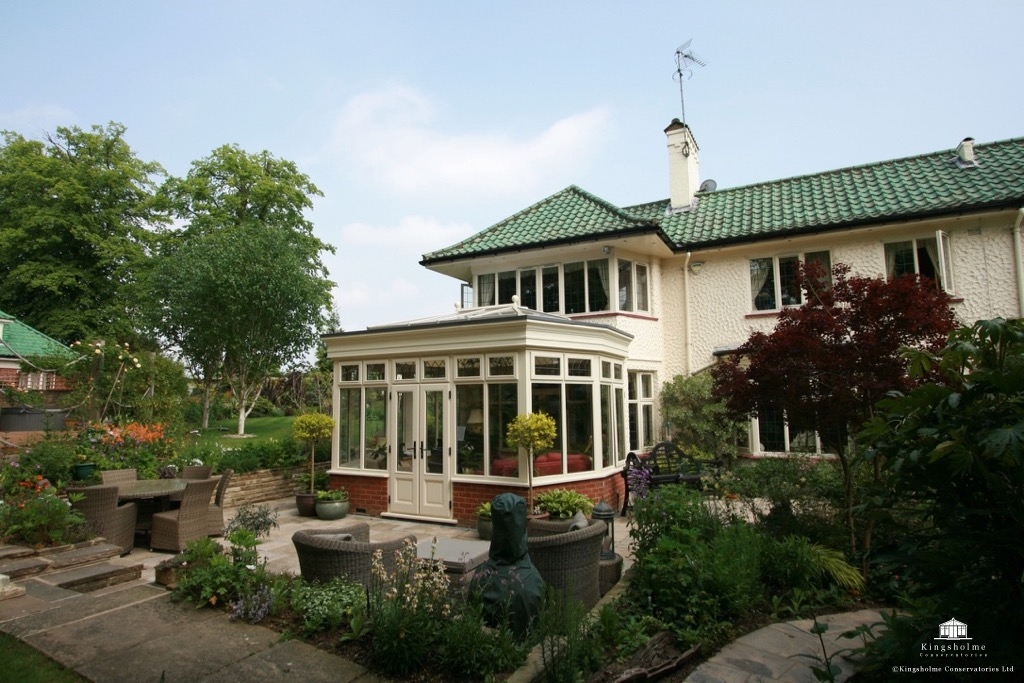 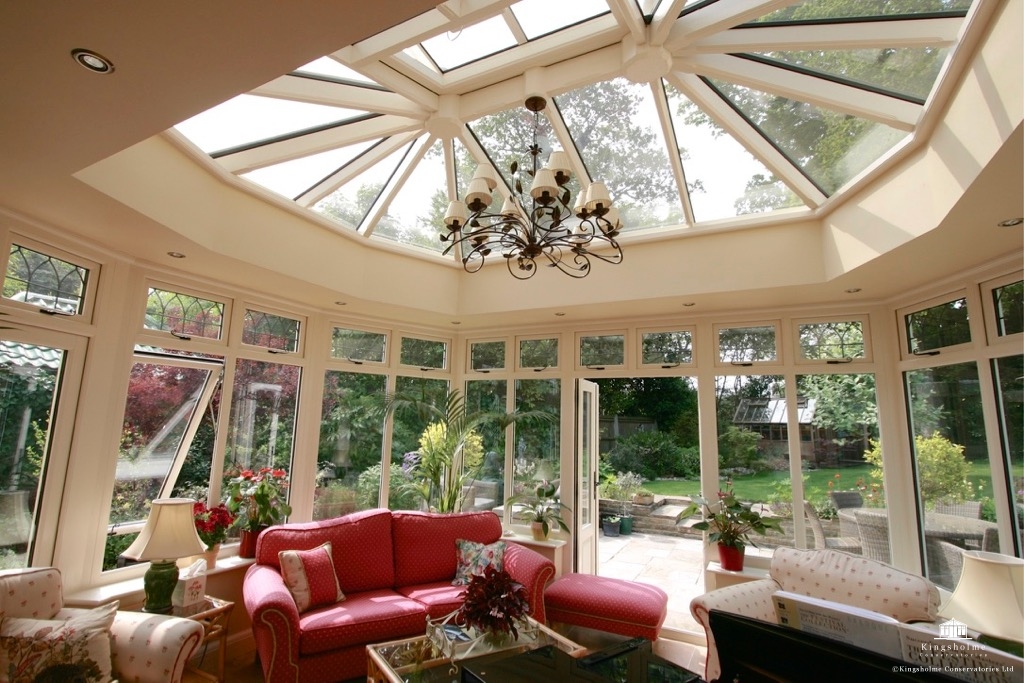