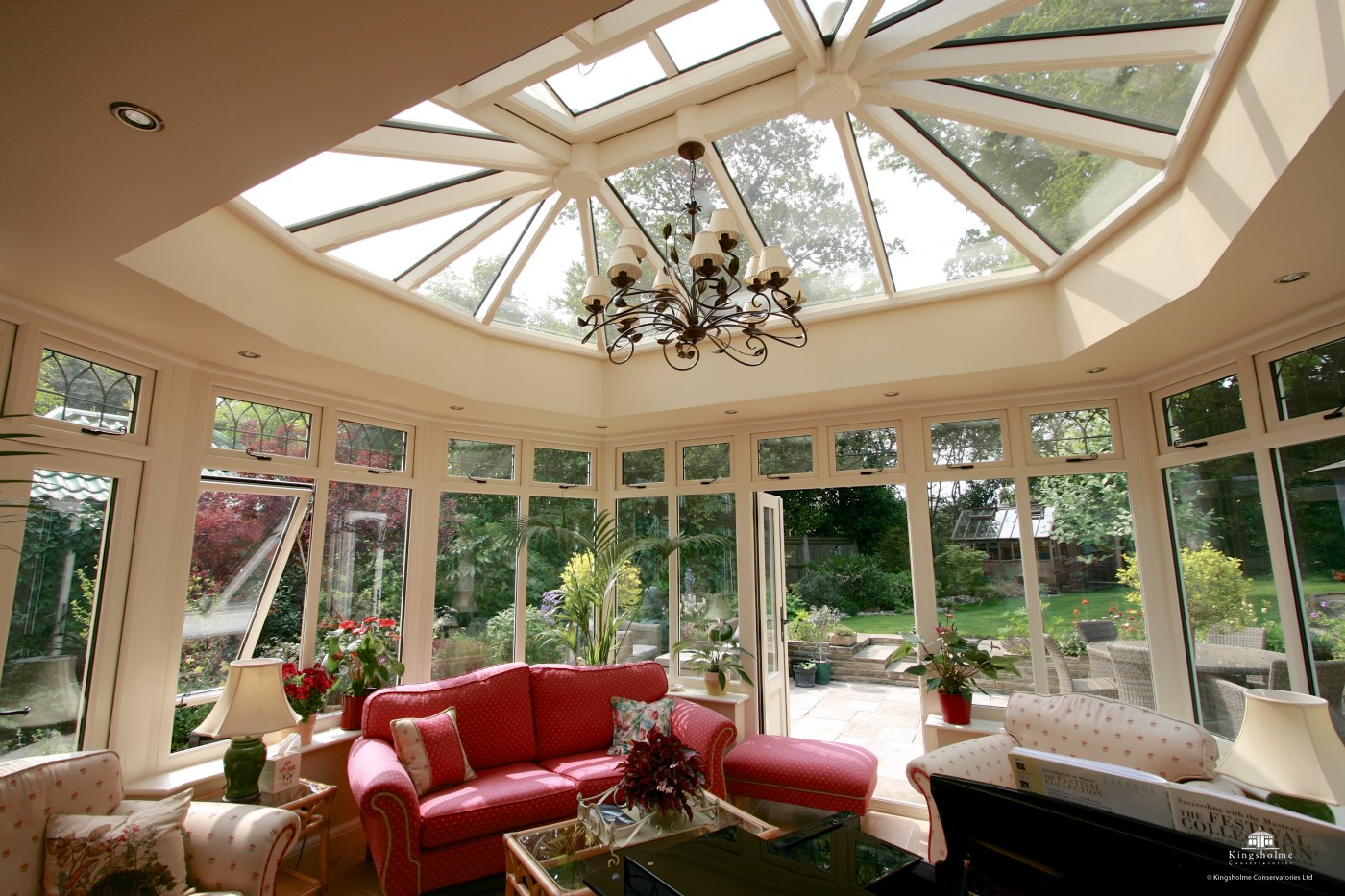 What is an orangery?

Orangeries were initially devised around four hundred years ago to protect citrus fruits against cold winter frosts. During the subsequent age of greater maritime exploration their use expanded to house exotic plants brought back from far flung corners of the globe and by the 18th century they had become popular additions to many grand houses of Europe.

Both the technical limitations of the time and aesthetic preferences meant they were often built in the neoclassical style and featured a high proportion of masonry to glass. The later Victorian conservatories would take advantage of newer technology and industrial productions methods and were generally constructed from a iron framework which allowed slimmer lines and more glass.

The style of these buildings has evolved as have the terms used to describe them, however parallels between the past and present remain. There are no hard and fast rules, but generally a conservatory is perceived to be an extension that is predominantly formed of glass, whereas an extension with a lower proportion of glazing would be thought of as an orangery or even a sunroom.

A more accurate distinction between the contemporary version of these buildings can be made by analyzing the design of the roof and side elevations in more detail.

The roof of an orangery is likely to be partially glazed, most people would expect an orangery roof to have a “flat” perimeter and a glazed lantern in the centre. The vertical sides of the flat roof area would either be covered with a decorative fascia, roofing tiles/slates or a brick parapet.

The glazed lantern may feature a small section of vertical glazing beneath the main glazed roof. This roof is likely to have two hipped ends, although gable ends are possible. The flat area of the roof is likely to be at least 400mm wide, although typically wider.

The side elevations may be built in brick with apertures for fenestration and door openings, otherwise they might be entirely formed of windows and doors, with vertical posts which may provide both structural function and reference the neoclassical style.

Most high quality orangeries will be made from timber, normally hardwood for durability and structural integrity and often painted. For orangeries with masonry piers or columns which eliminate the need for timber posts, aluminum or even uPVC windows and doors could be used.

A modern conservatory will have a roof which is fully glazed. The junction between the glazed roof and the glazed windows will be a relatively narrow strip. There might be box gutters on one or more sides, but these will be relatively narrow, between 150mm to 300mm and be peripheral to the main roof rather than part of it.

The side elevations would possibly feature some masonry, often a low “dwarf” wall and occasionally a higher wall on one or more sides.

A sunroom could be described as a traditional extension with a solid roof that has a large area of glazing in the side elevations.

In the UK, a pitched roof would normally be covered with tiles or slates and could contain one or more roof windows. However these would be inset into the main roof an not form a fundamental part of it.

Return to the main orangery page.