A charming property where some extra space was required 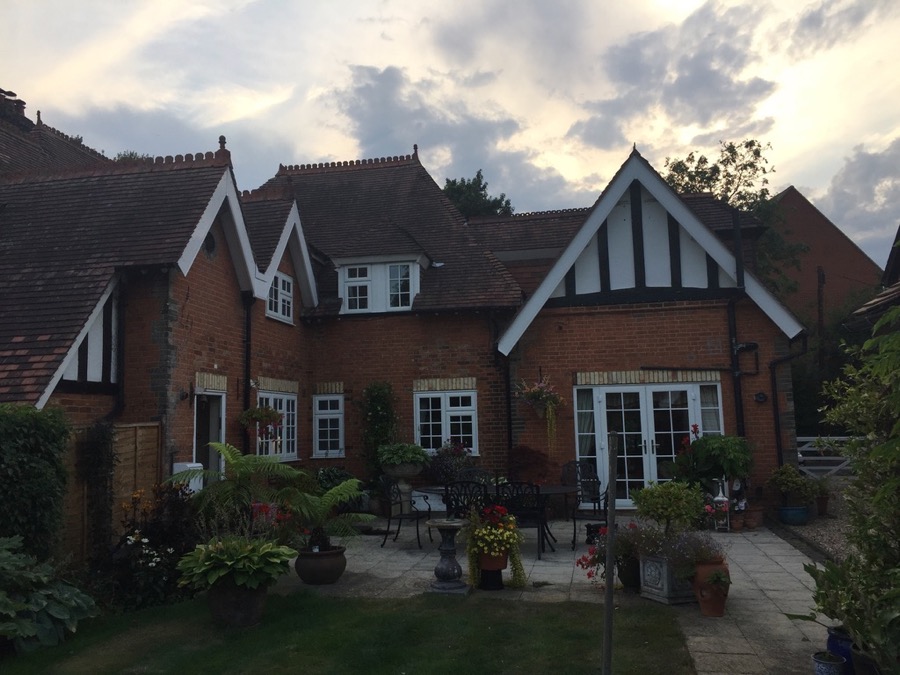 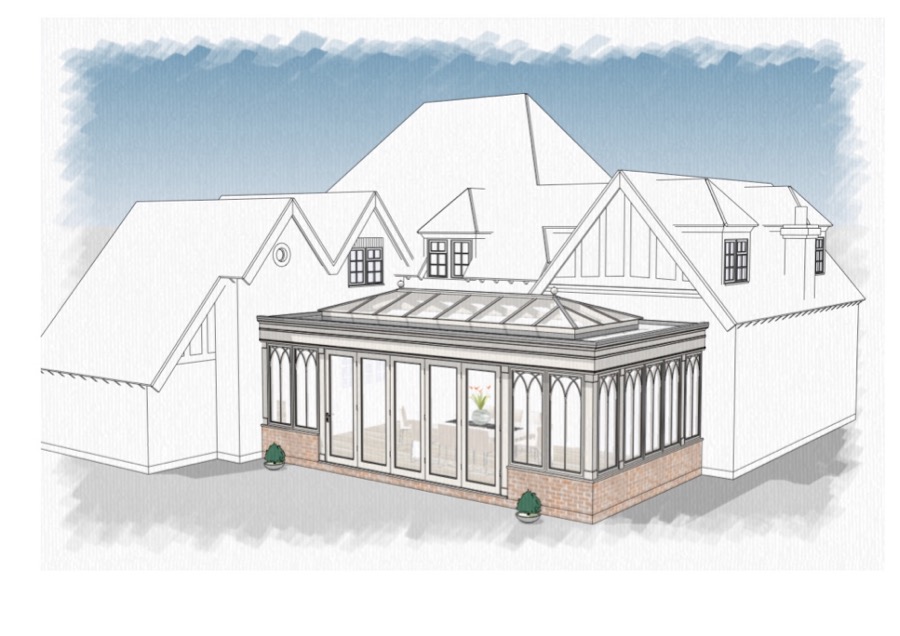 A combination of traditional gothic-arched astragal bars and modern bifold doors may be controversial to some, but the design seemed to worked quite well, making the orangery appear attractive in its own right rather than slavishly attempting to match the architecture of the host building, which in any case had been compromised over the years with the installation of uPVC windows. 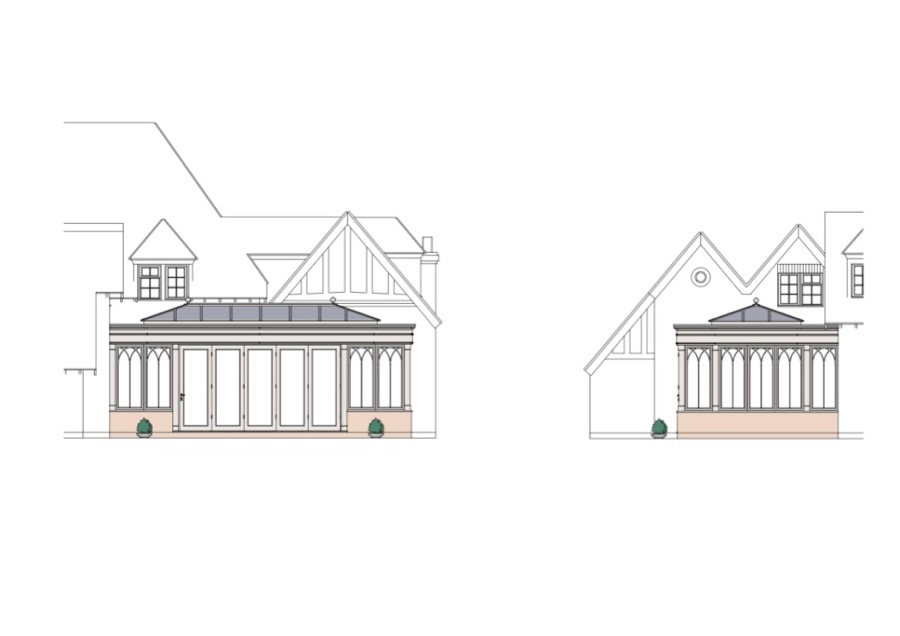 For the clients, the ability to open the room up to the outside was very important. 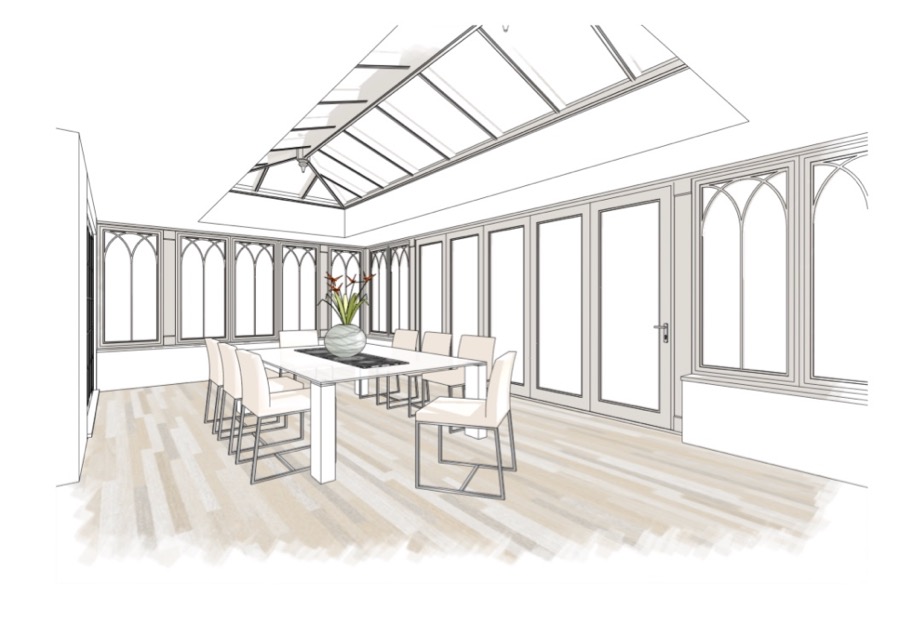 The foundations complete and the dwarf walls built. The bricks are laid in a “Flemish Bond” to match the existing, with alternate headers and stretchers. There is also a plinth feature which we have replicated. 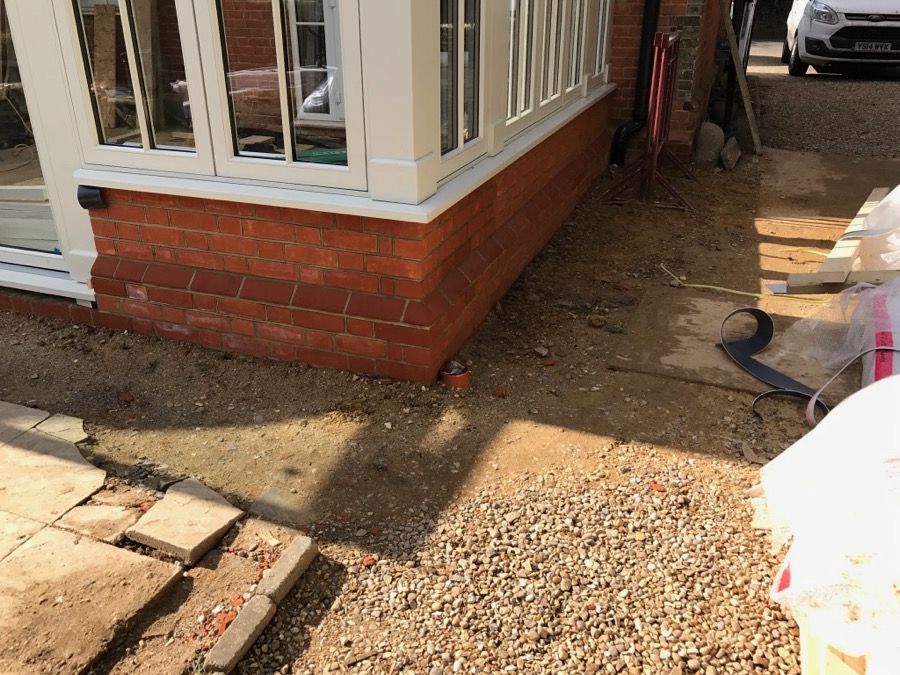 The large glulam beams span the width of the orangery and support the lantern. Due to the complexity of the house roof, the existing rainwater downpipe cannot be repositioned. The least worst option for this is to have an internal pipe, which will run down in 110mm diameter pipe in some boxing and under the floor, out to a new soak-away. The also give us more scope with the falls of the “flat” roof. 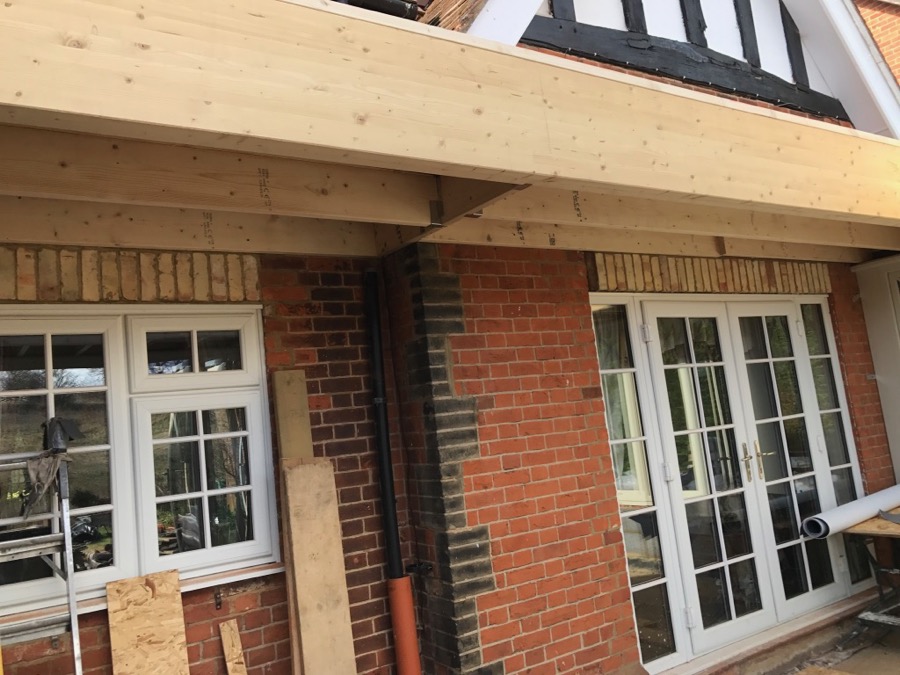 The rest of the flat roofing is built, then insulated both externally and internally and covered with the Sarnafil membrane. 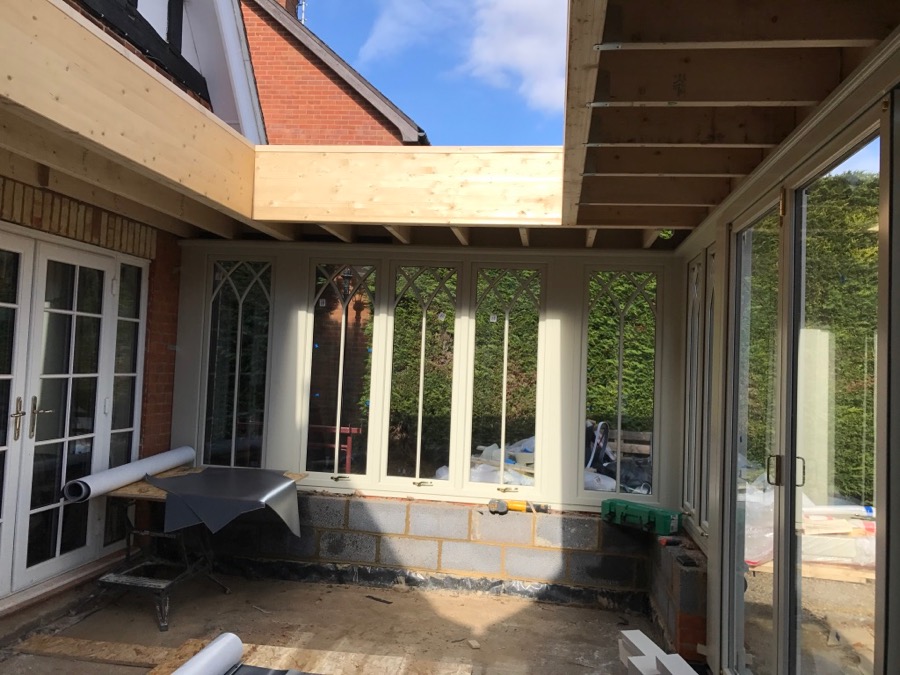 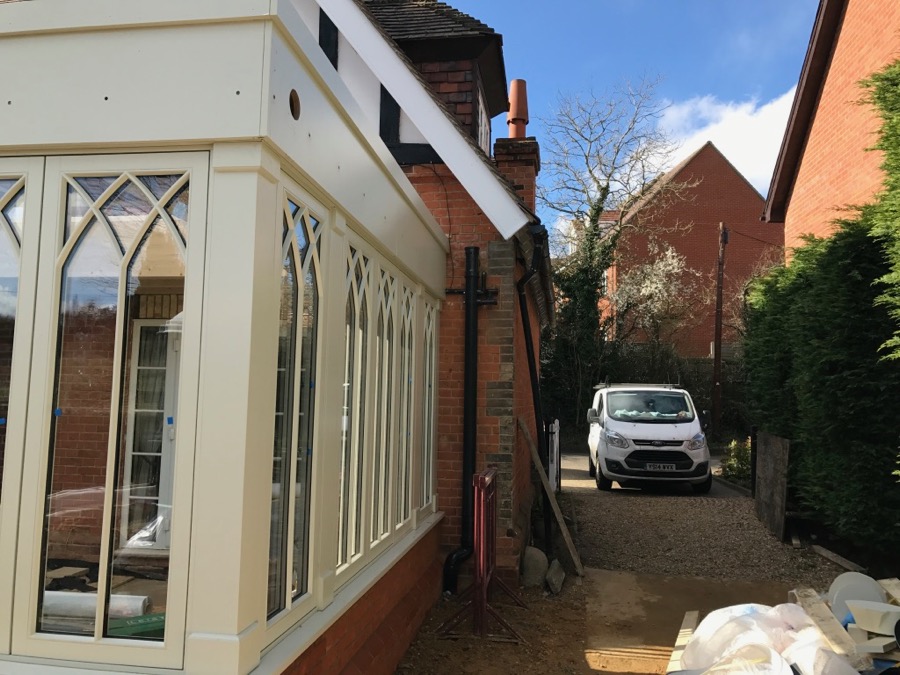 The fascia is completed and the new rainwater pipes fitted. 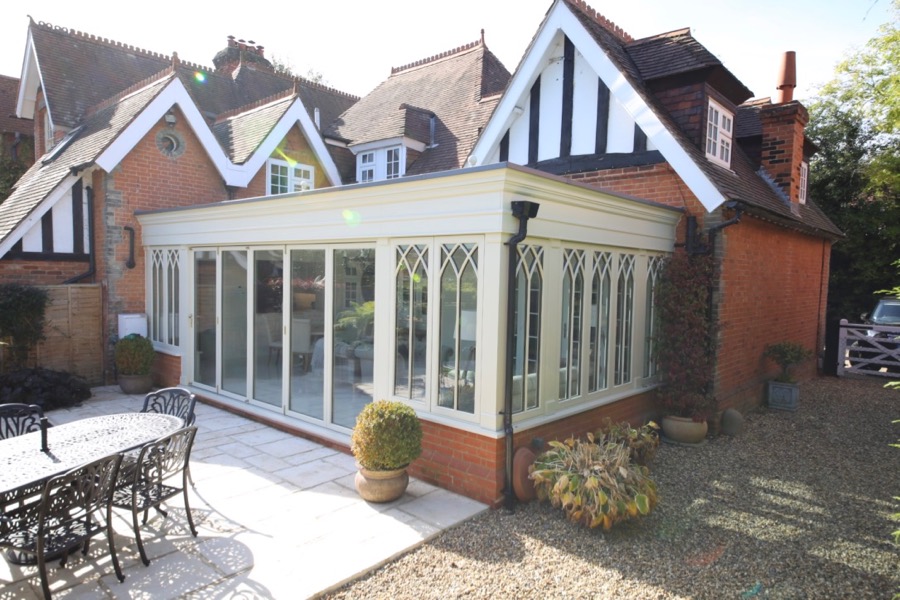 The completed job with a new patio 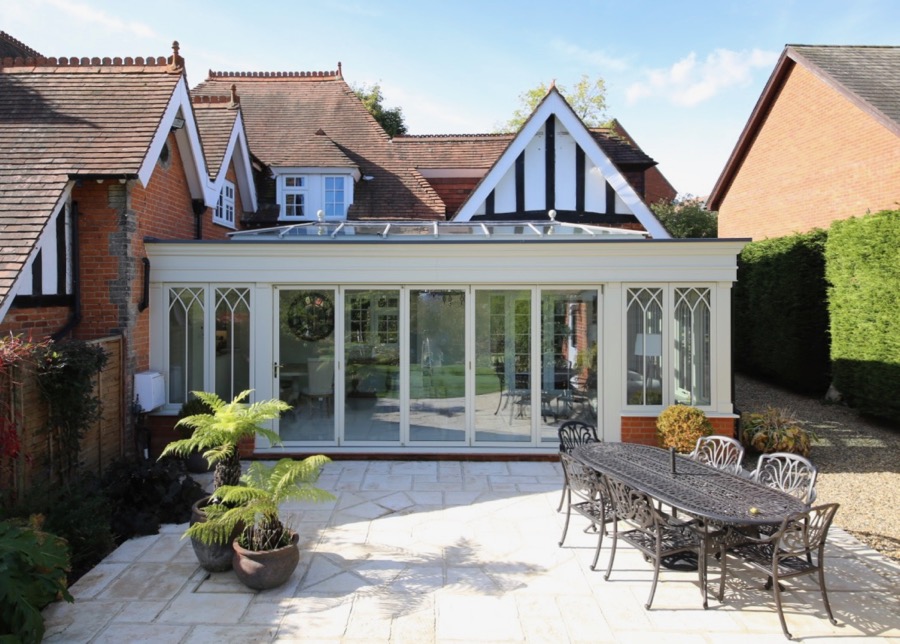 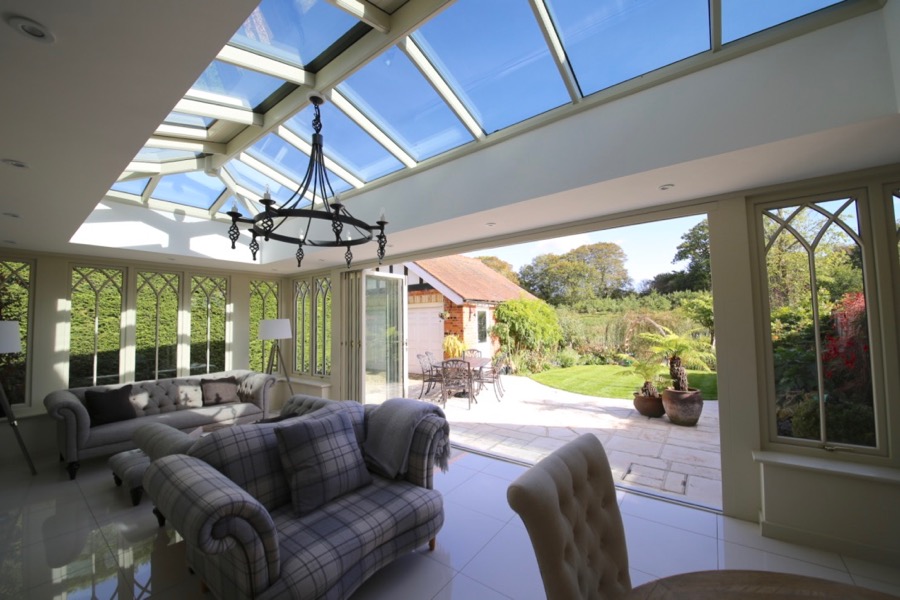