The client had an old conservatory that was too cold in the winter and to hot in the summer, she wanted to replace it with something more modern, both in terms of aesthetics and technical performance. 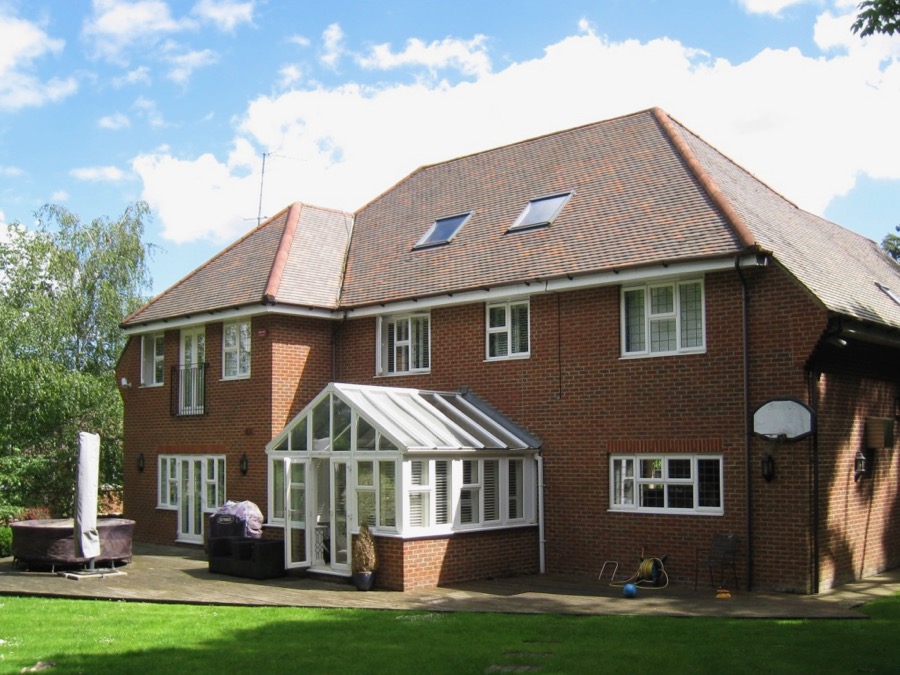 A new, larger orangery was proposed, featuring aluminium bifold doors and a flat roof with a glazed lantern. 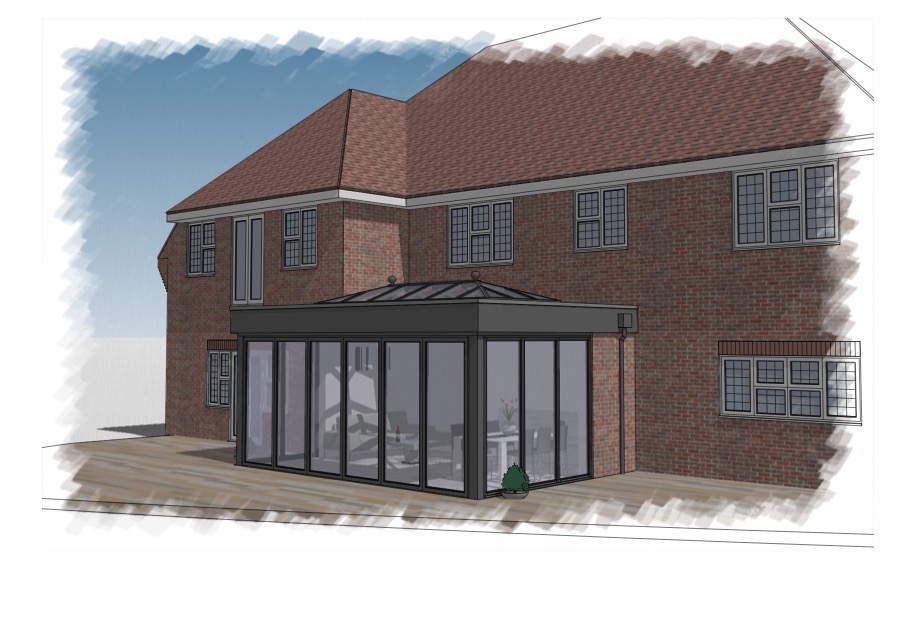 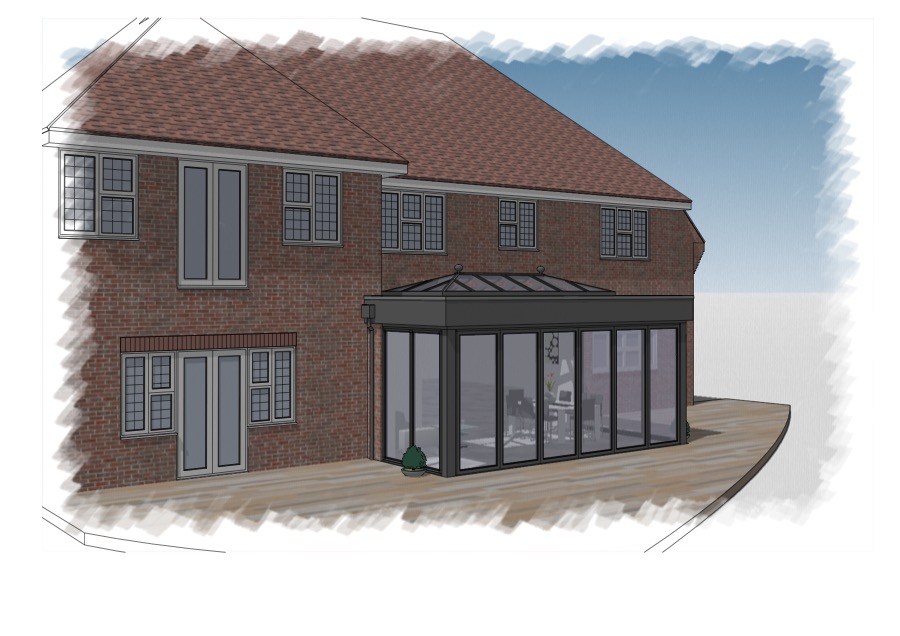 Six-part bifold doors were to be fitted across the front 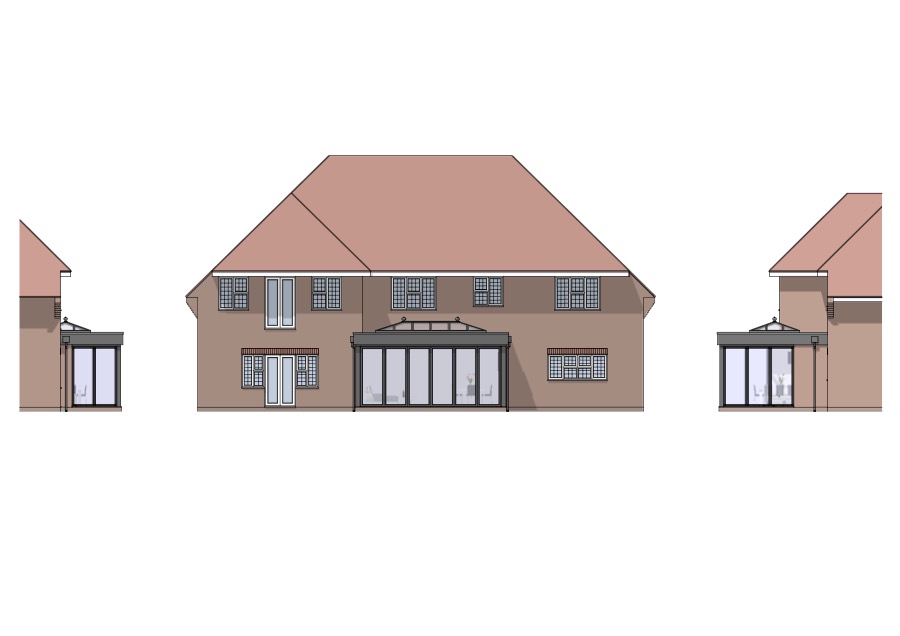 The new ceiling would be level with the existing kitchen ceiling, a new steel beam would be installed that would be hidden so that the ceilings could run through flush. 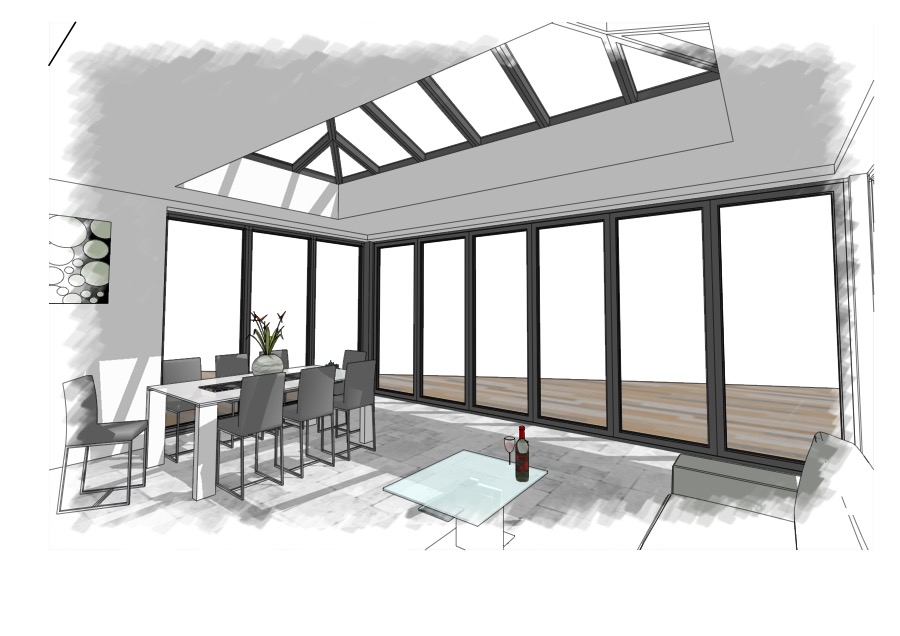 Internal furniture layouts were proposed, but these often get revised as the build progresses. 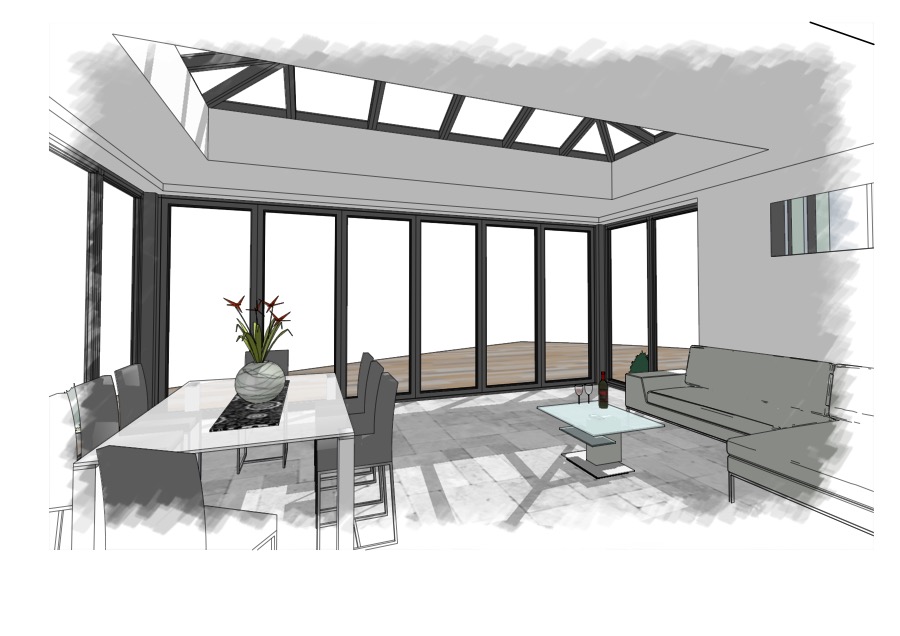 The existing utility door would be filled in 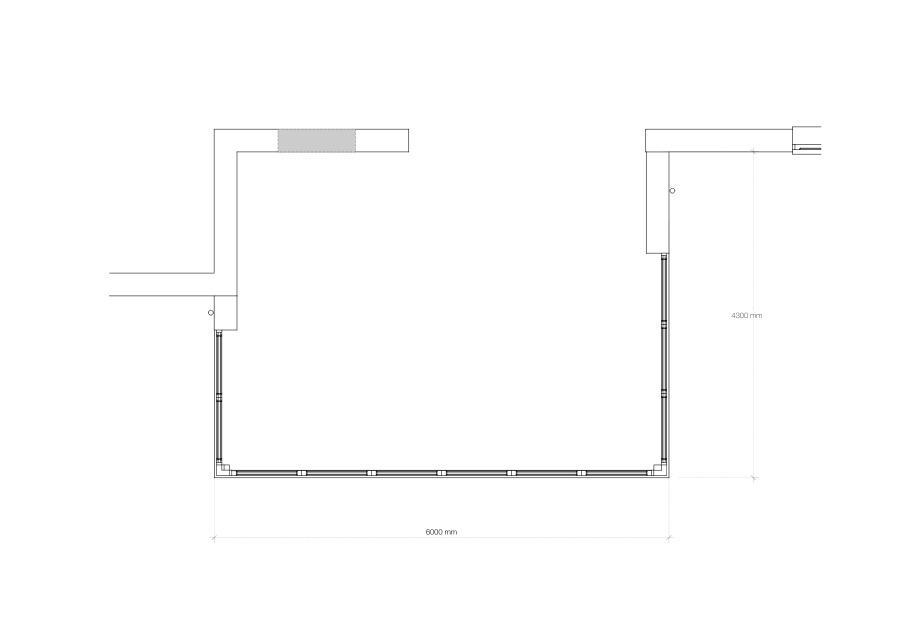 The old conservatory was demolished an new footings excavated 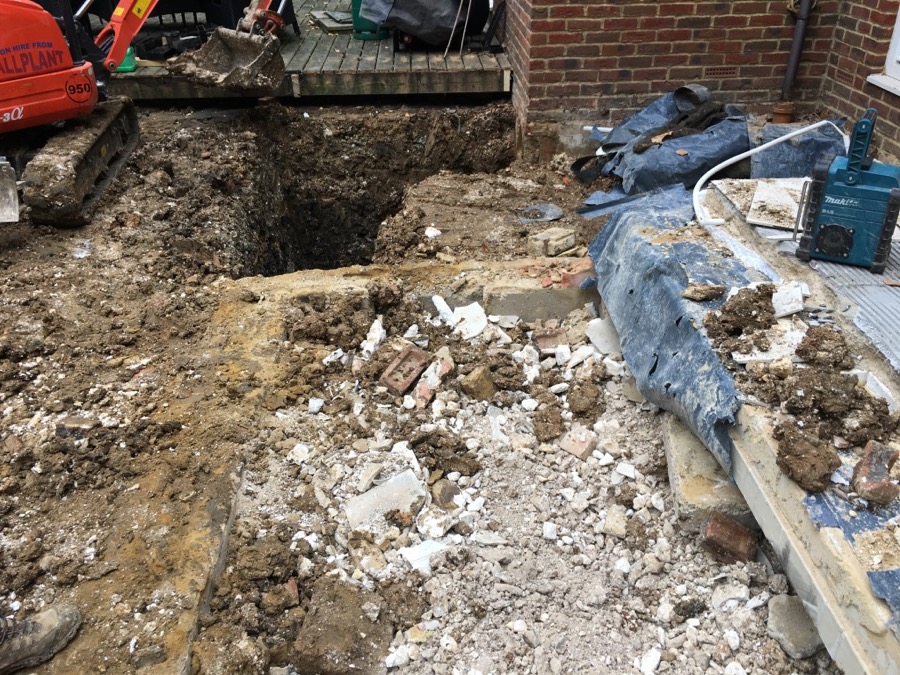 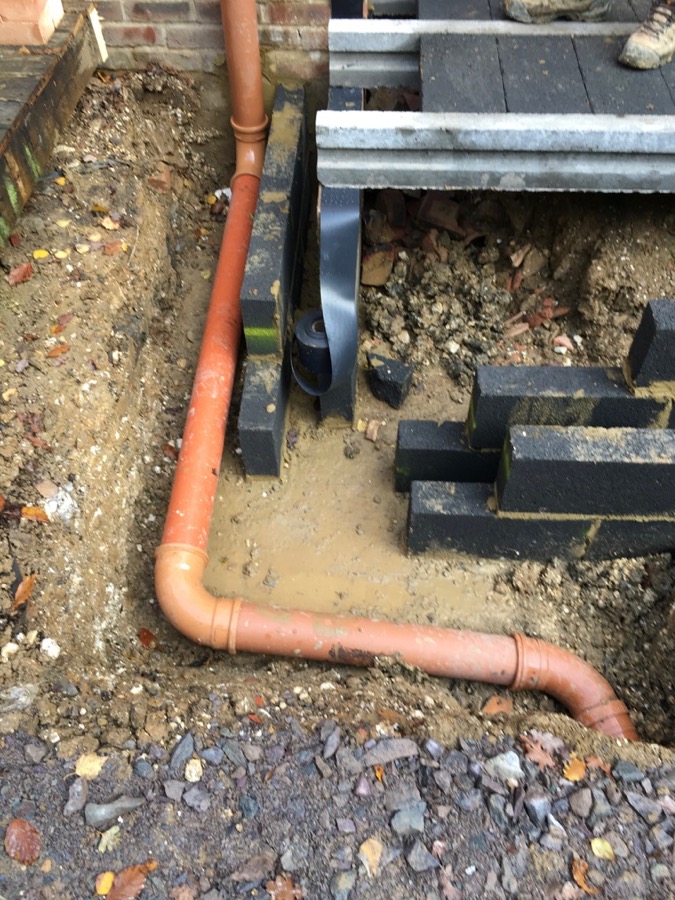 The new steel beam was inserted into the house wall. This needed to be done early in the process as it would be hidden between the new roof and the house floor. 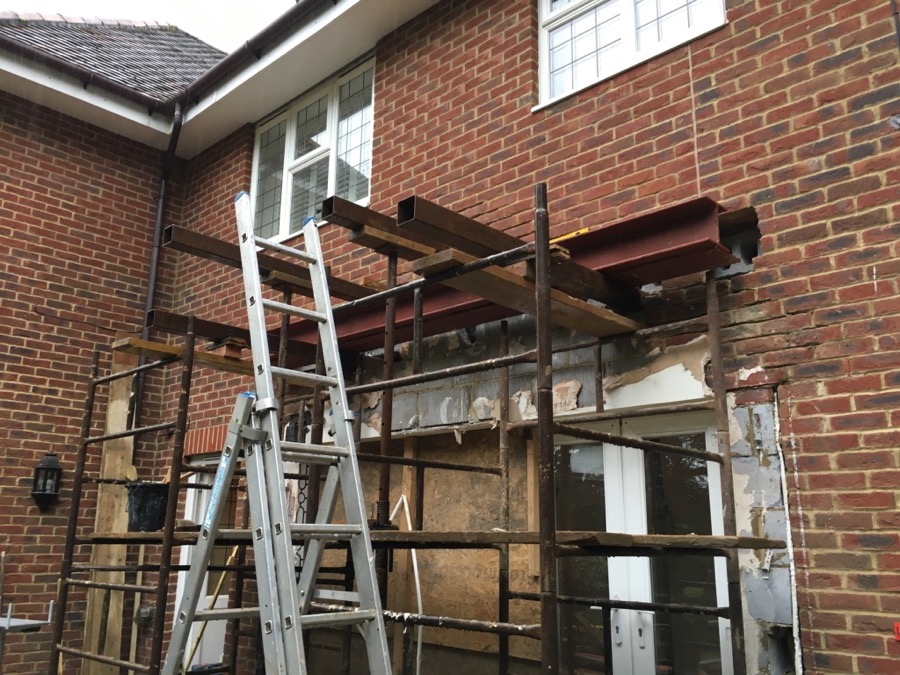 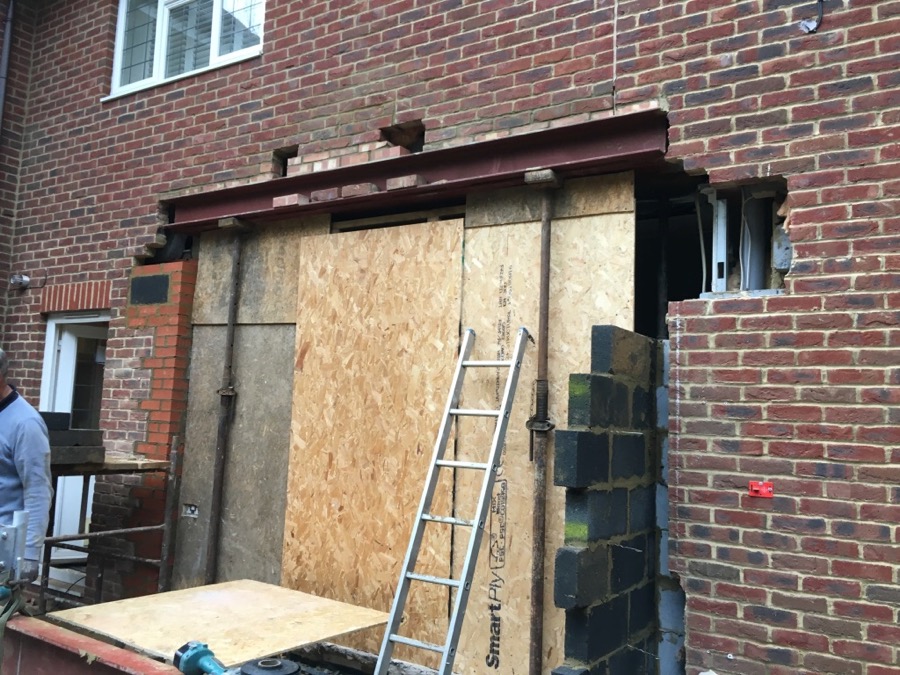 Having the building work done in the winter meant the project would be completed ready to enjoy the spring, however there would be some messy moments! 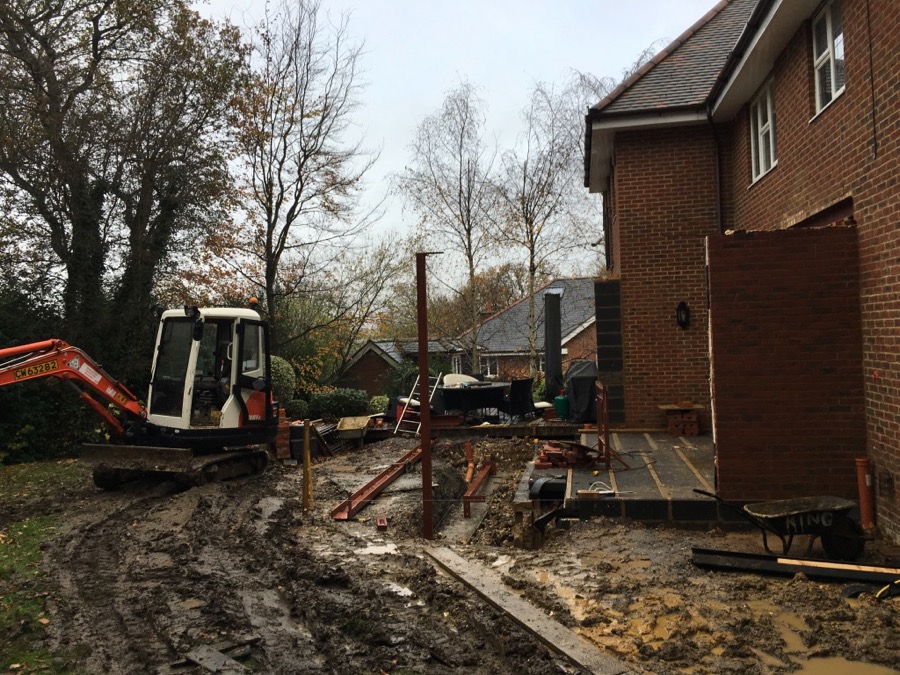 A steel portal frame was erected to provide the structural stability for the new orangery. The posts were bolted to the foundations then the masonry completed 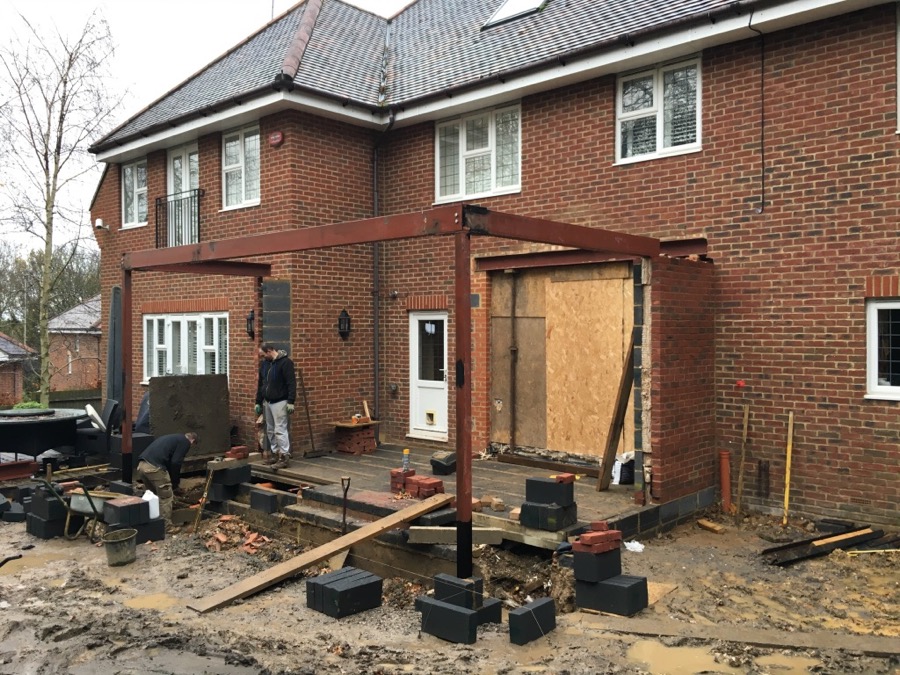 The timber roof framework was built and insulated 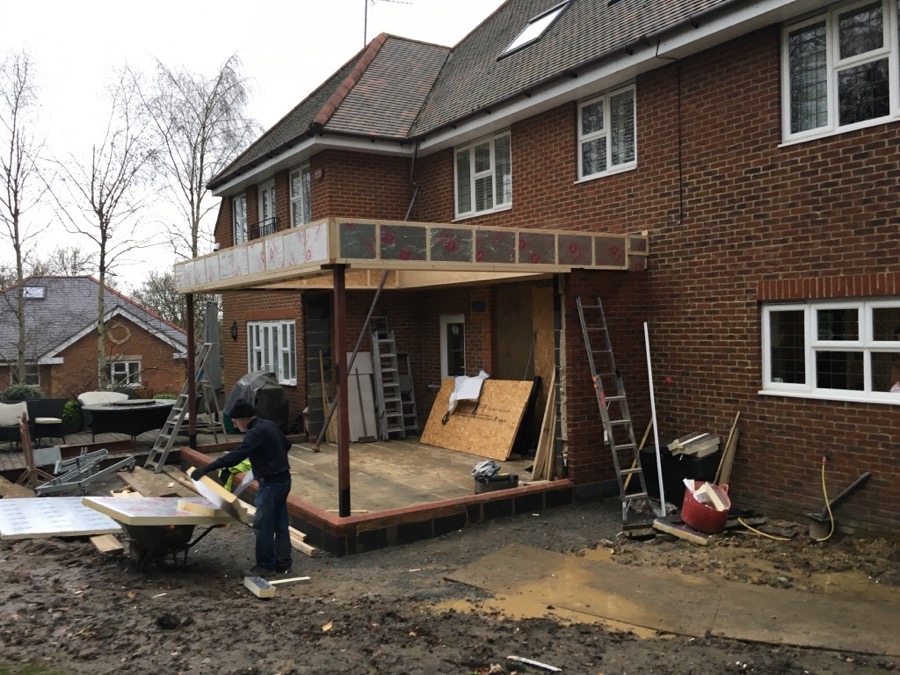 The powder-coated aluminium lantern was fitted and glazed 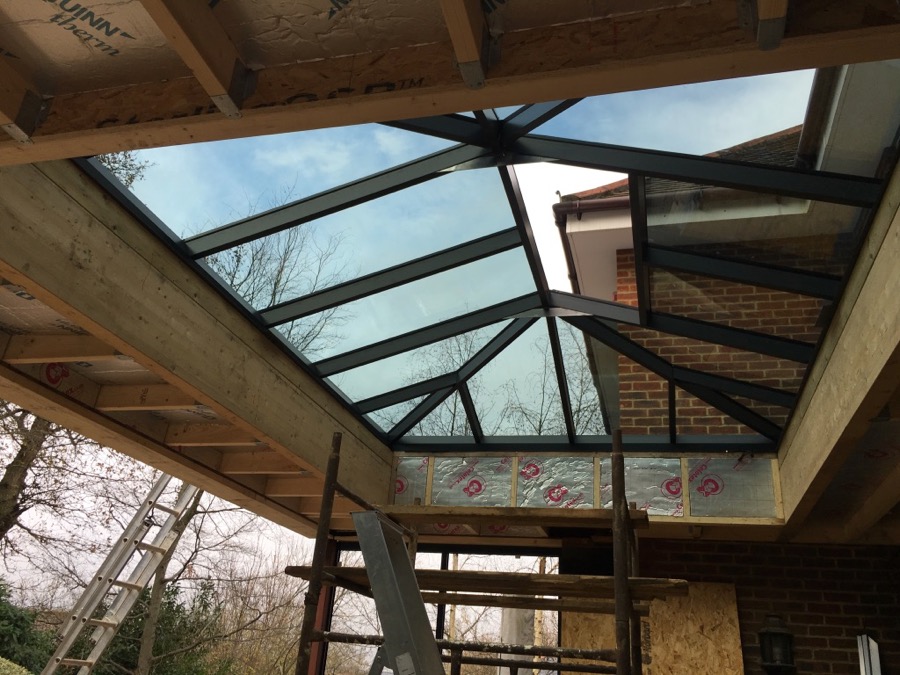 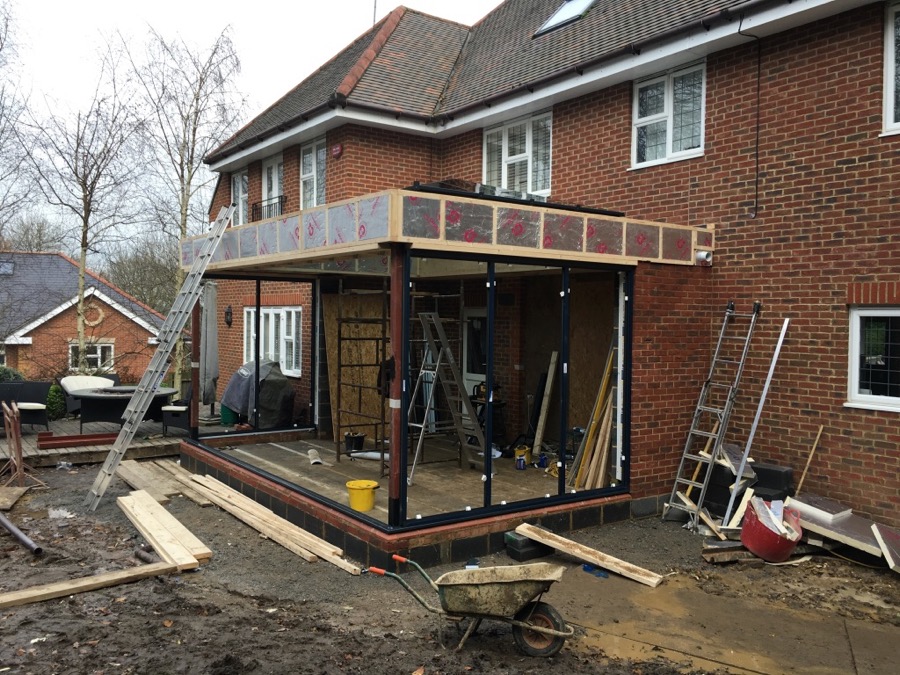 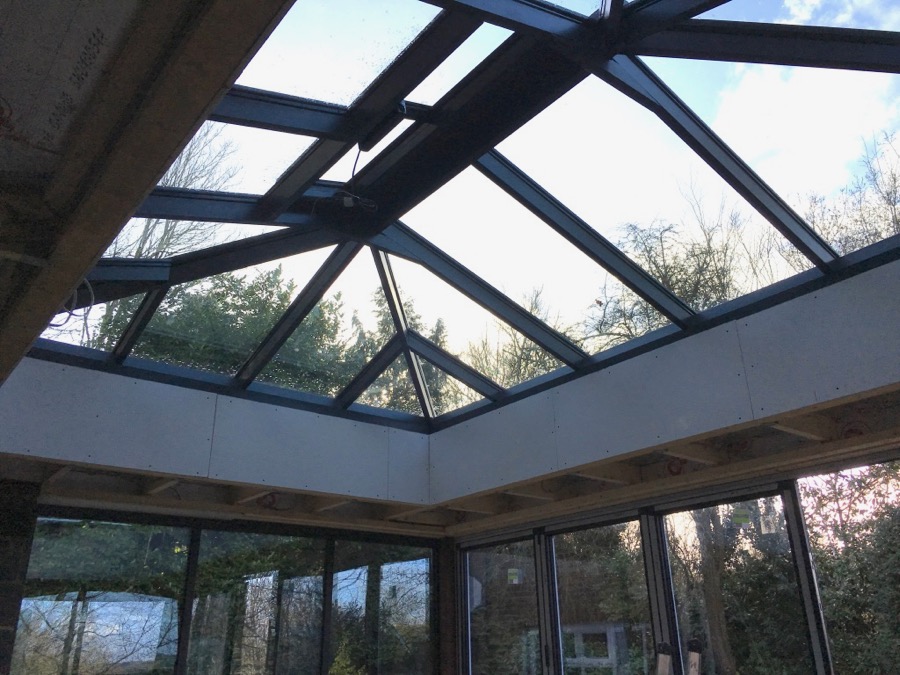 \The steel for the new opening is hidden in the ceiling/floor space of the existing house. A job made easier by the suspended ceiling. 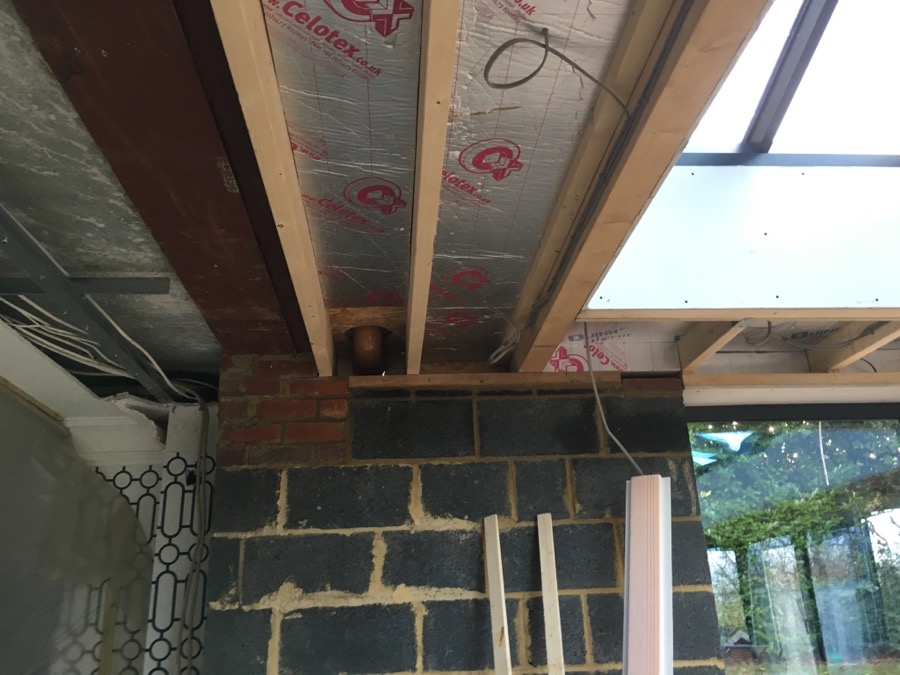 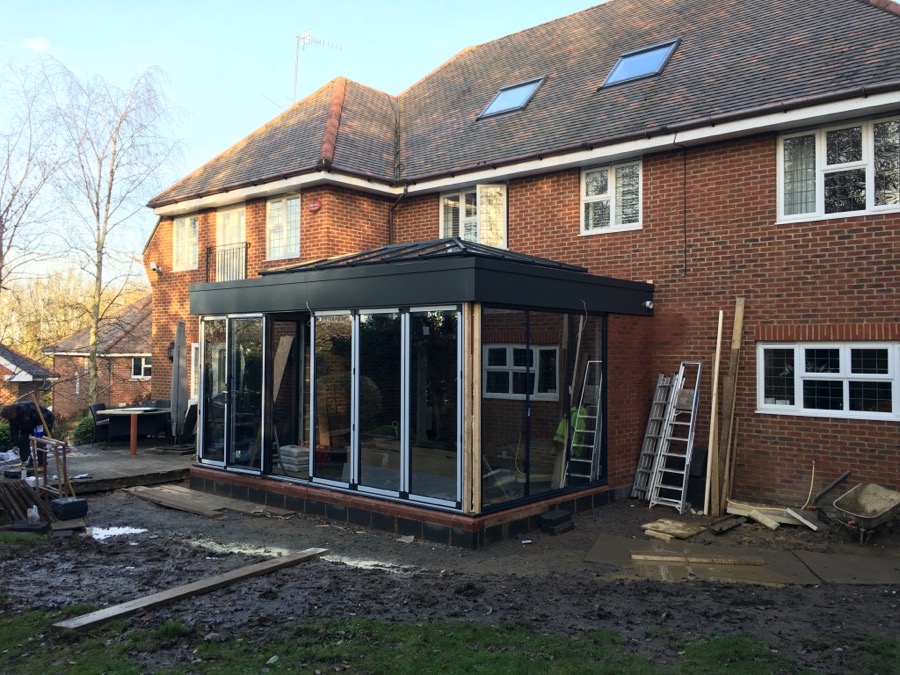 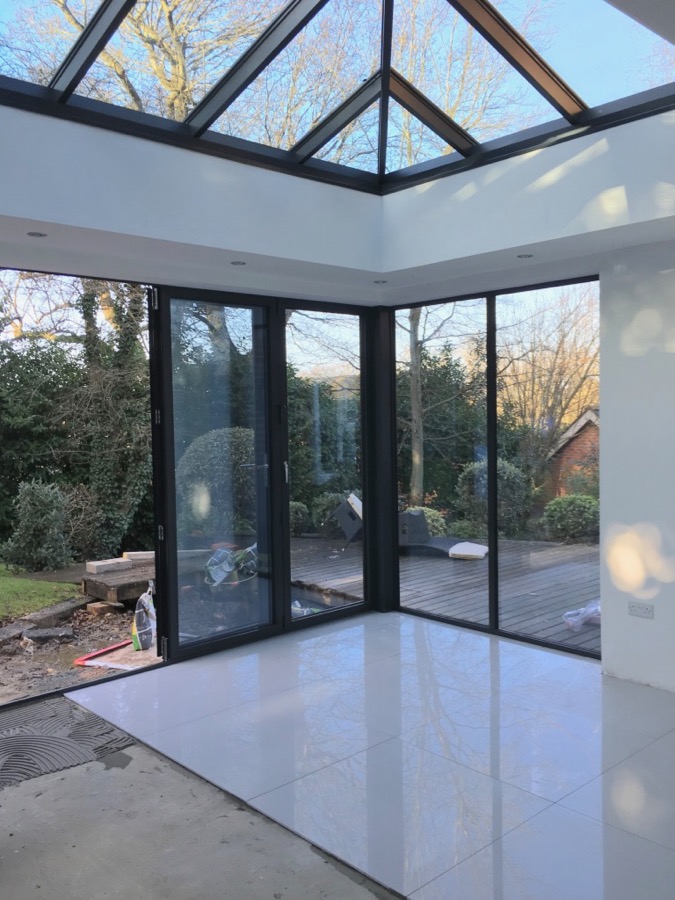 The roof was decorated and some initial furniture placed. The new ceiling can be seen running though flush to the existing with the beam hidden 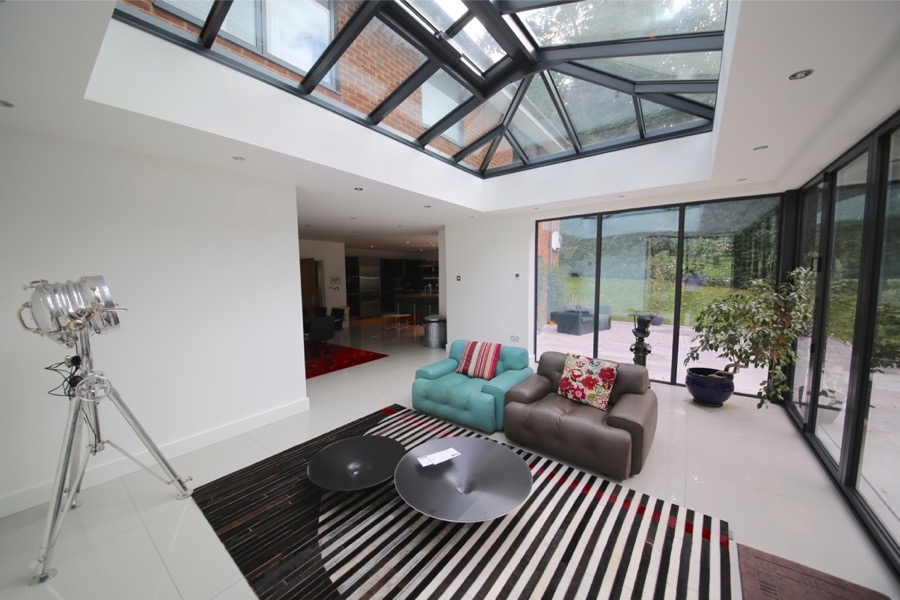 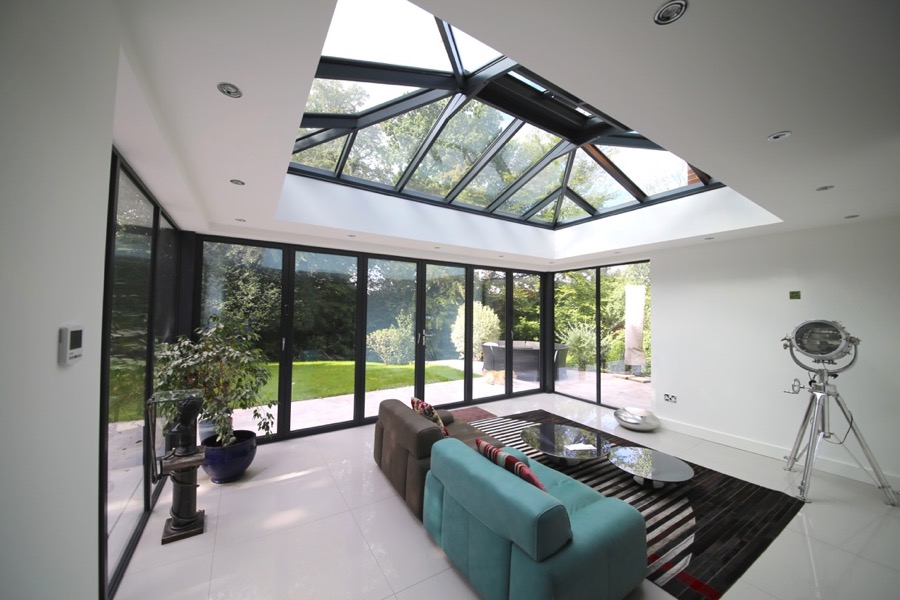 The new paving brings the garden back together.

If you refer back to the first photo, you will see that we also replaced the windows on the house to match the orangery. 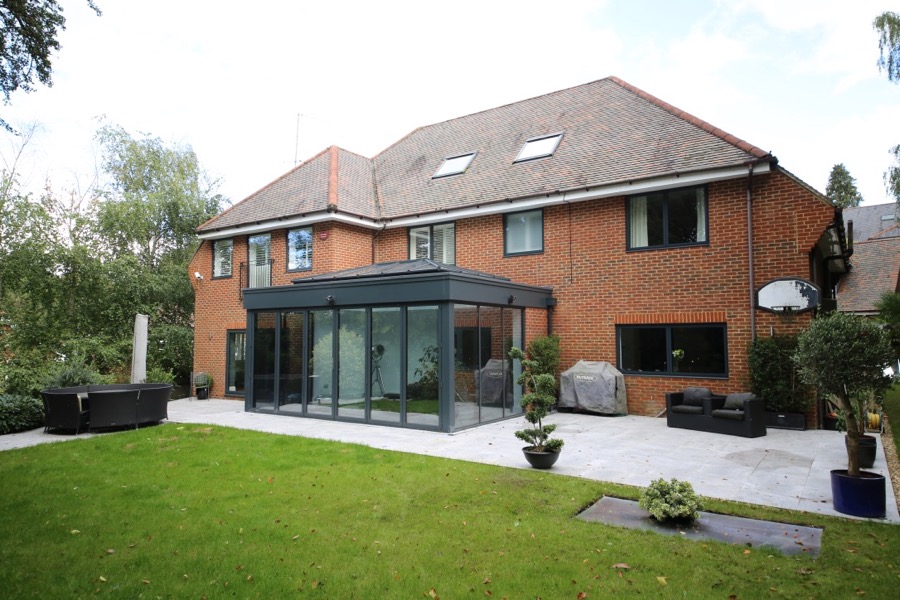