The clients wanted a modest extension to replace the bay window 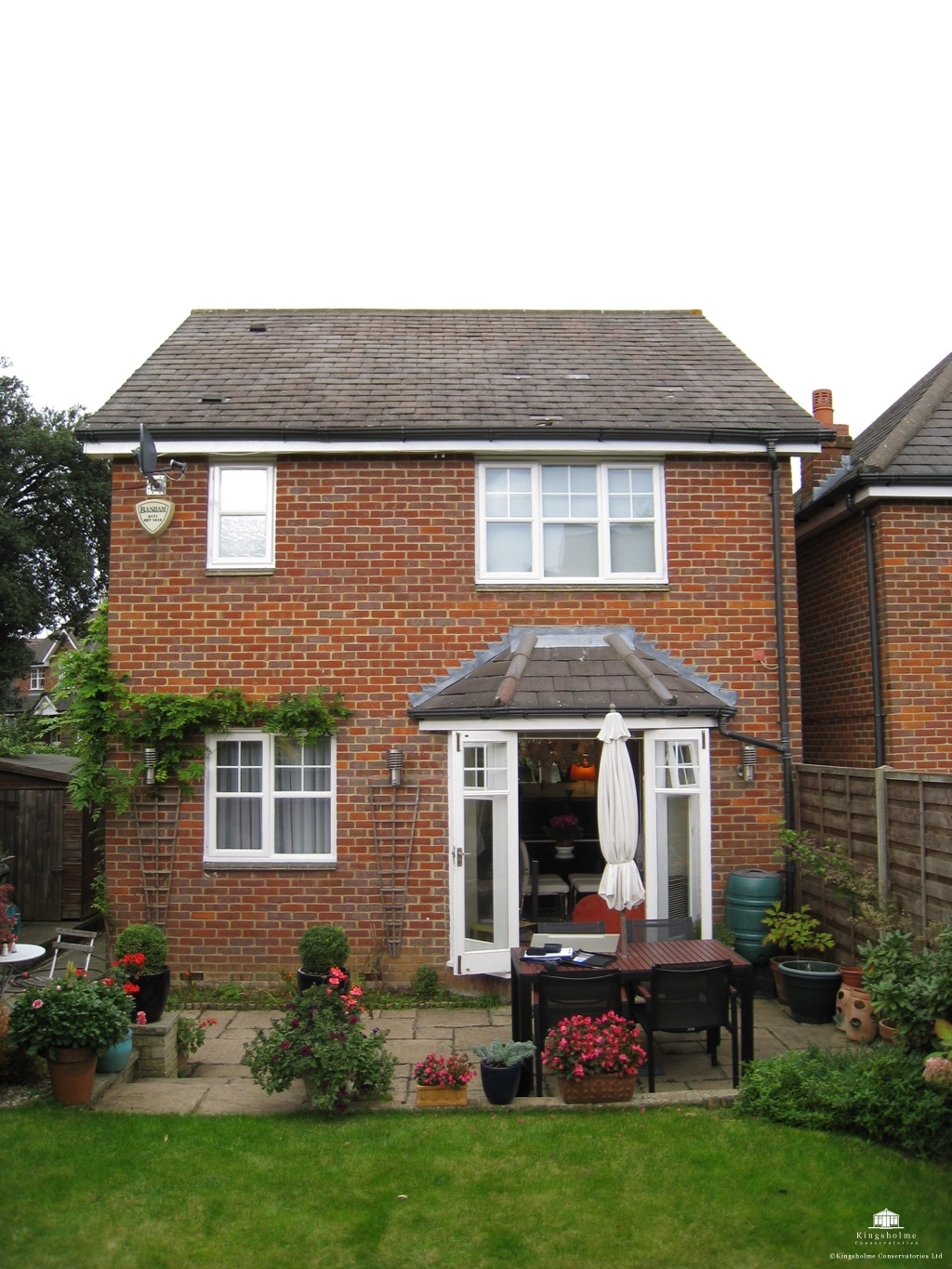 The wanted something stylish and modern, but that would also tie in with the house 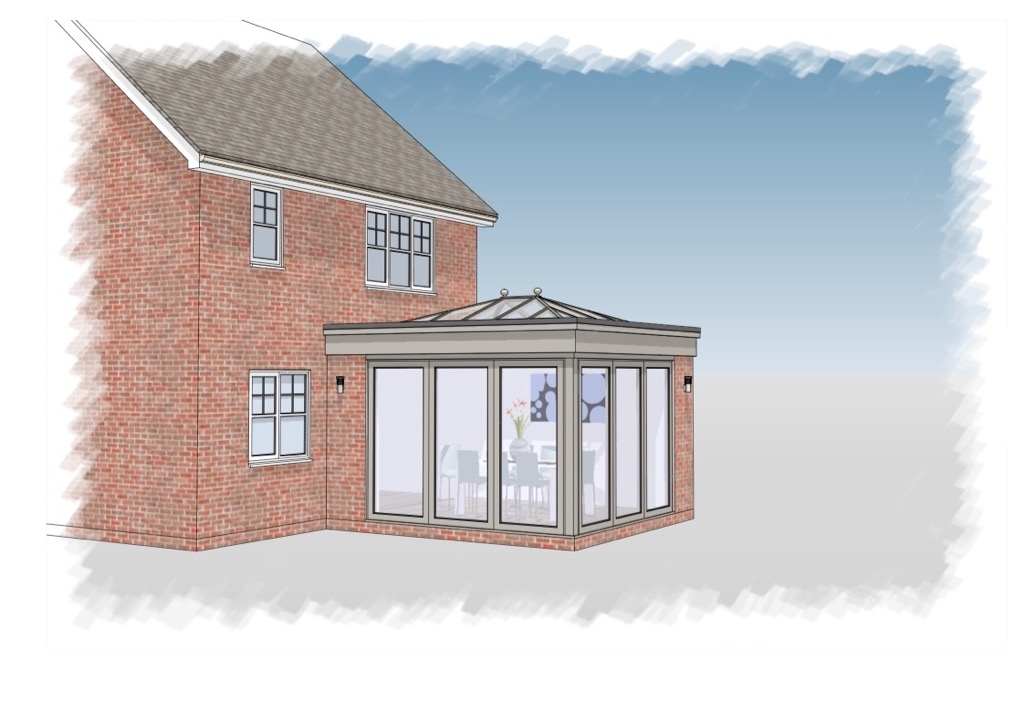 An aluminium orangery was proposed, with brick piers to match the main house 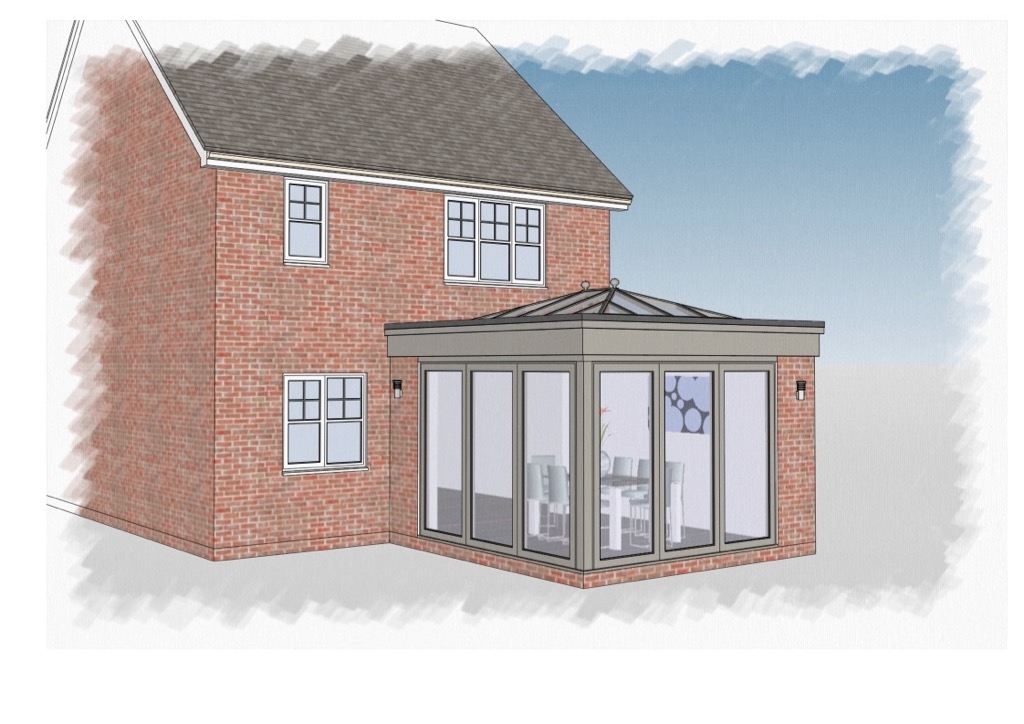 A high wall on one side would provide privacy from neighbours, whilst the two sets fo bifold doors would allow the room to open onto a new patio 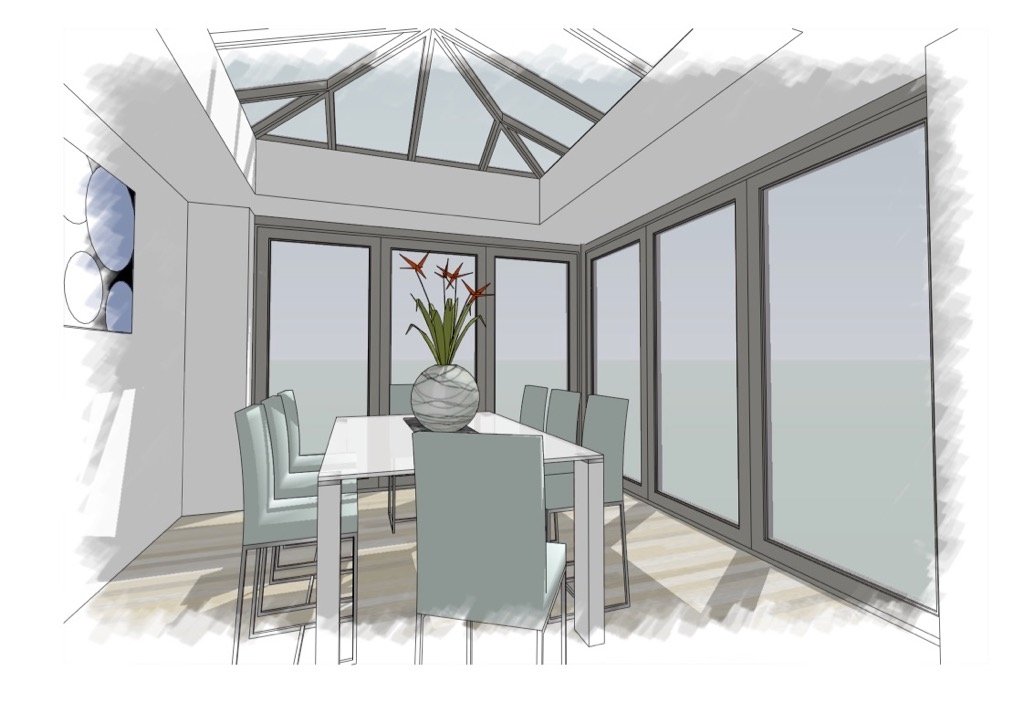 Our knowledge of the local area meant that we knew piled foundation would be required on this site.  The ground levels meant that a pile raft would be suitable, a lightly quicker method than the usual piled groundbeam and suspended concrete floor. 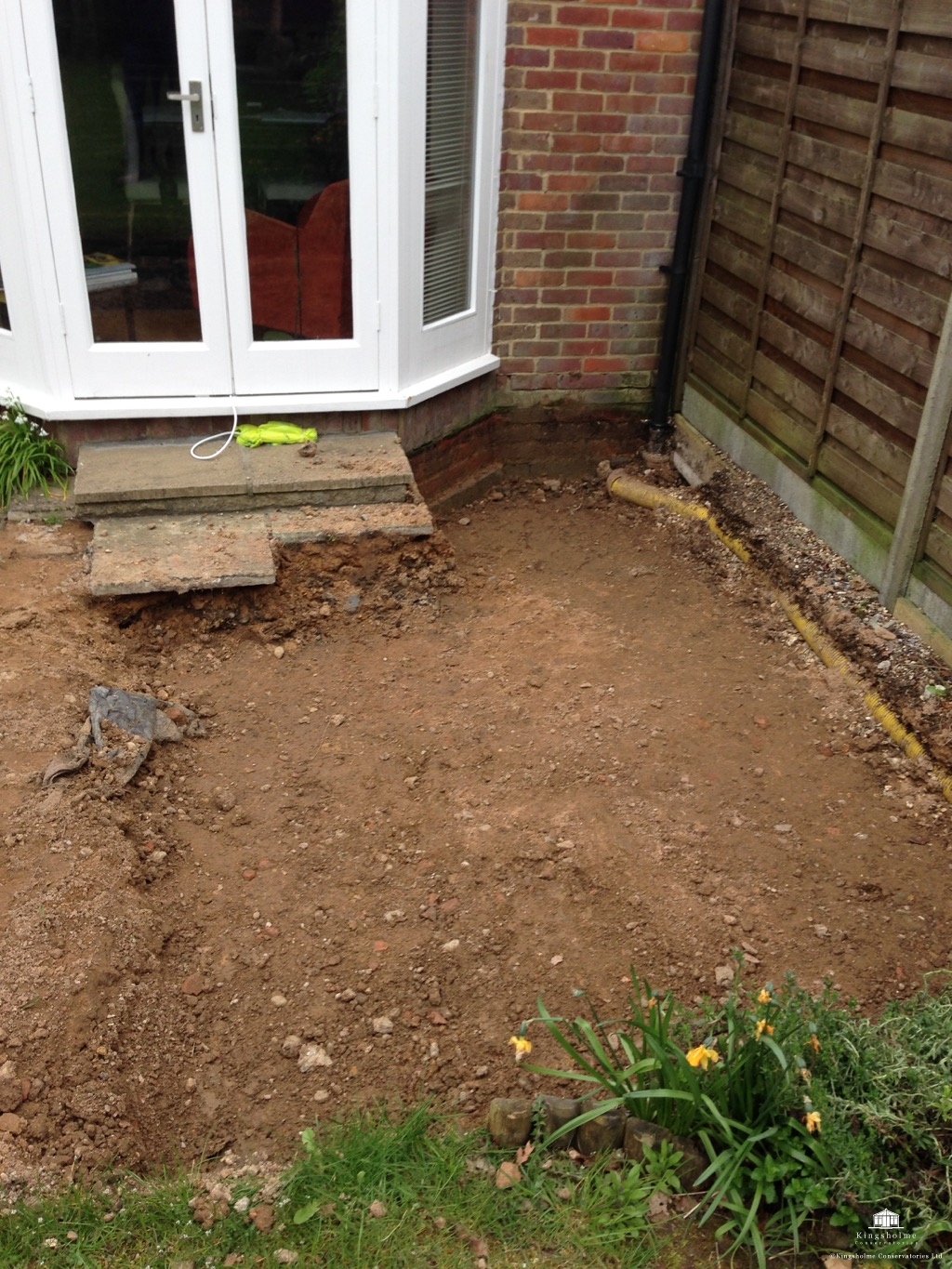 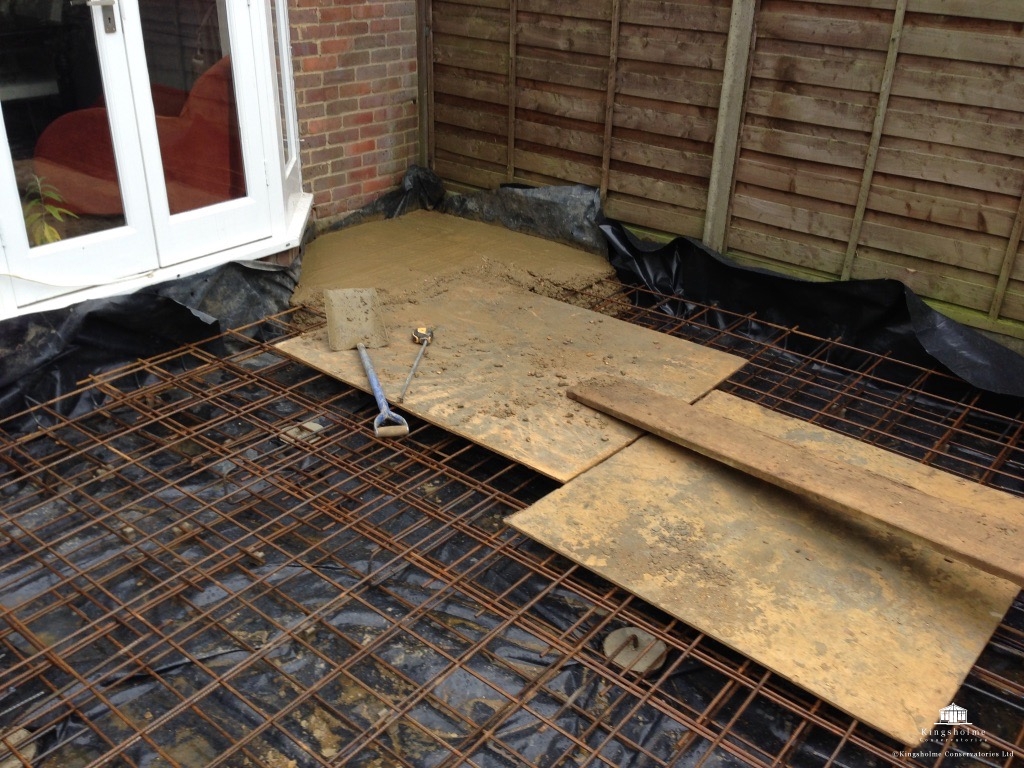 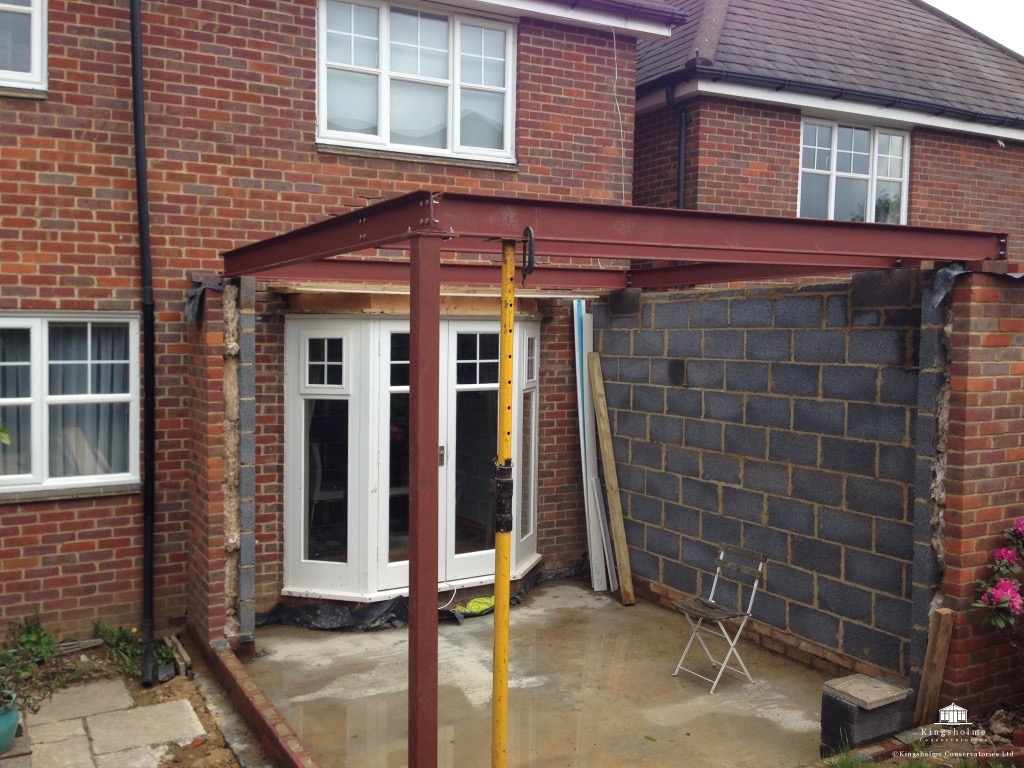 The flat roof structure was built and the aluminium bifolds installed

The flat roof was weathered  using “Sarnafil”, the aluminium fascia was fitted 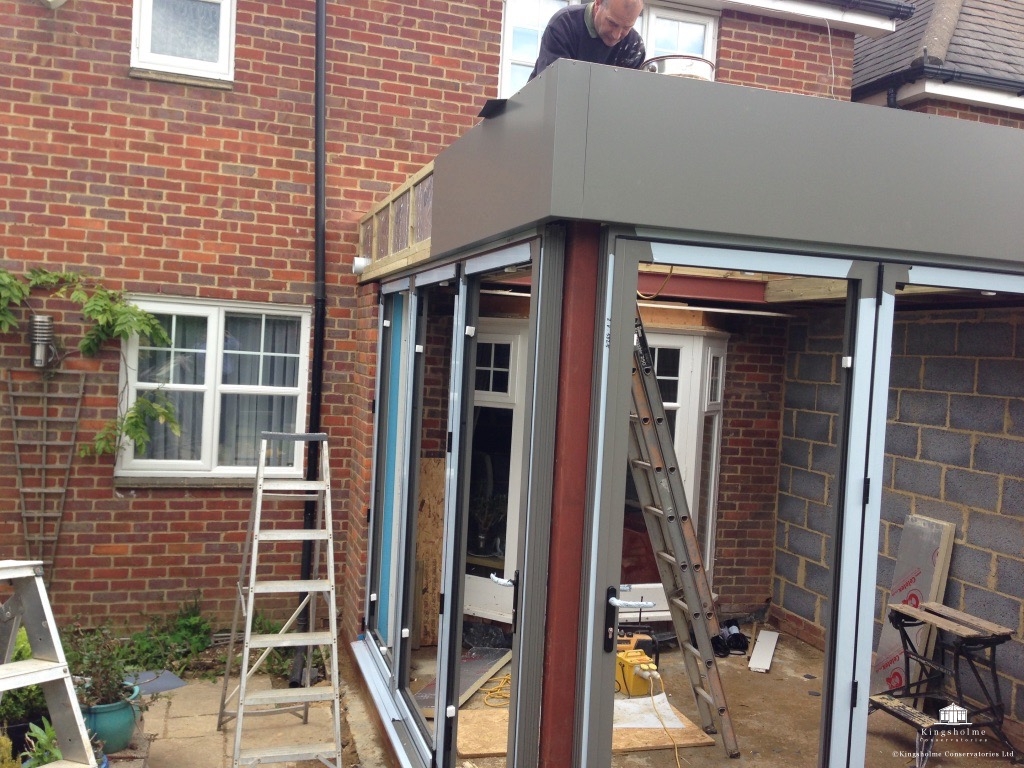 The roof insulated, the first fix electrics completed and the plaster-boarding commenced. The bay window is now removed. 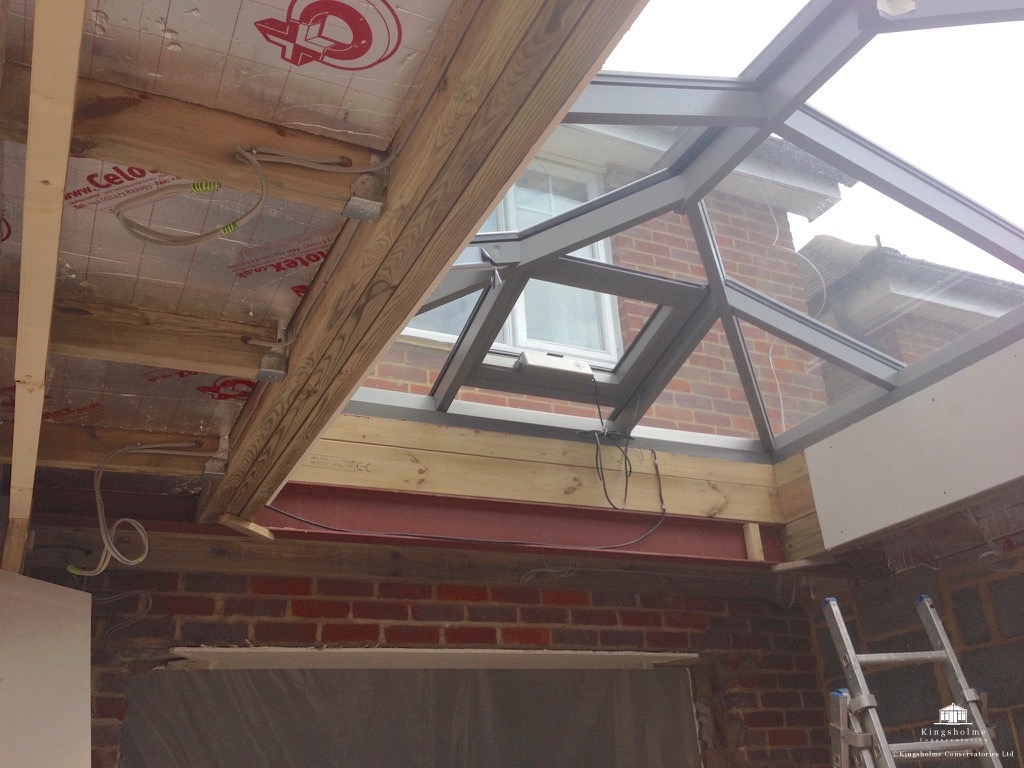 The final result with patio completed by our landscaper 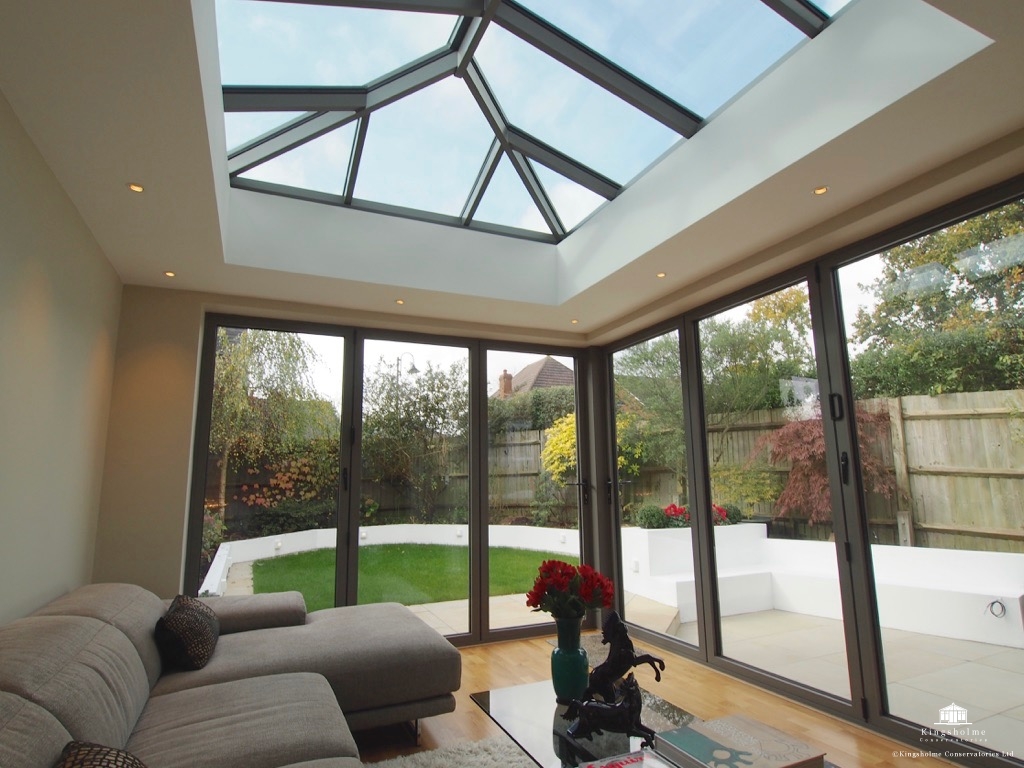 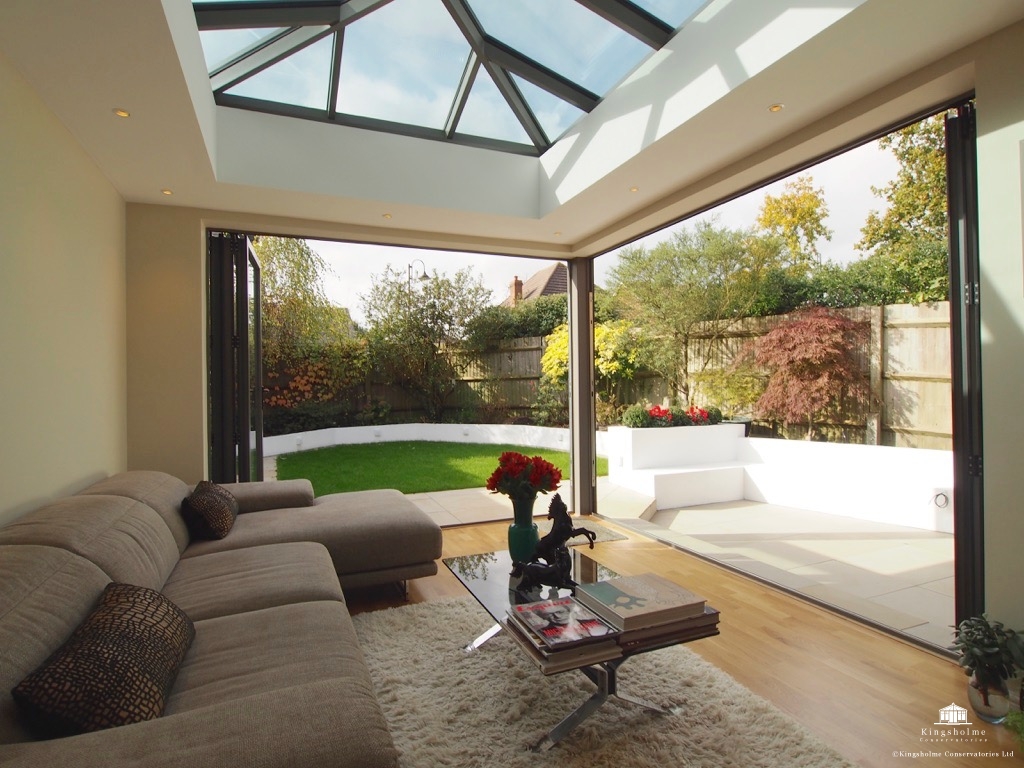 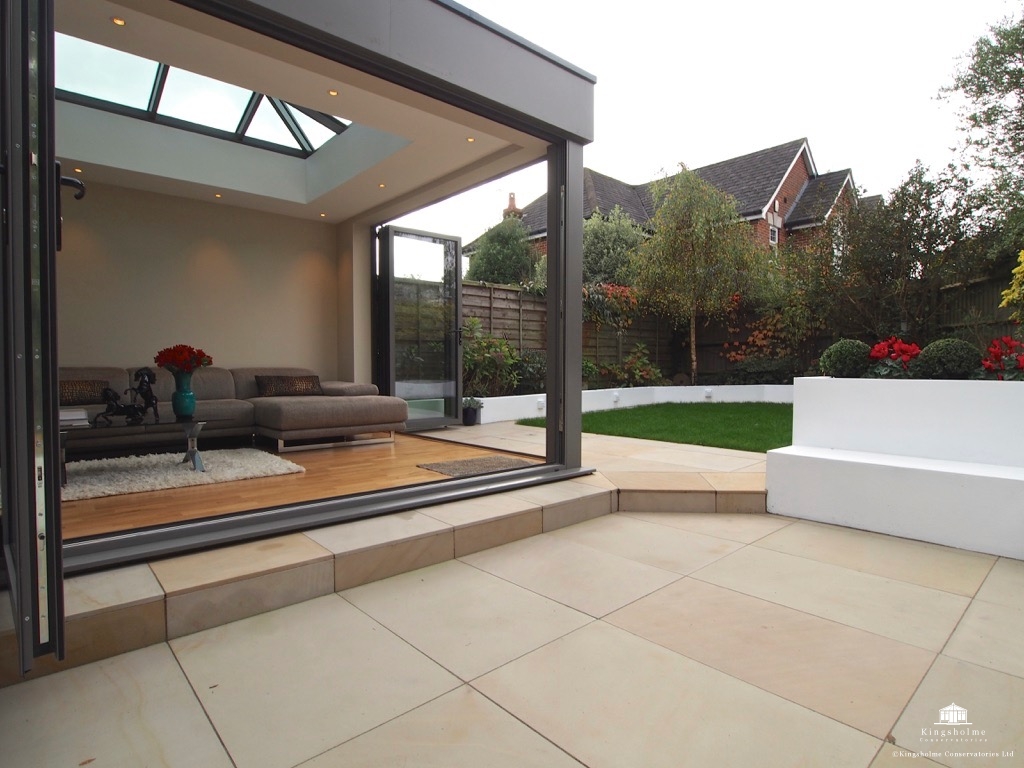 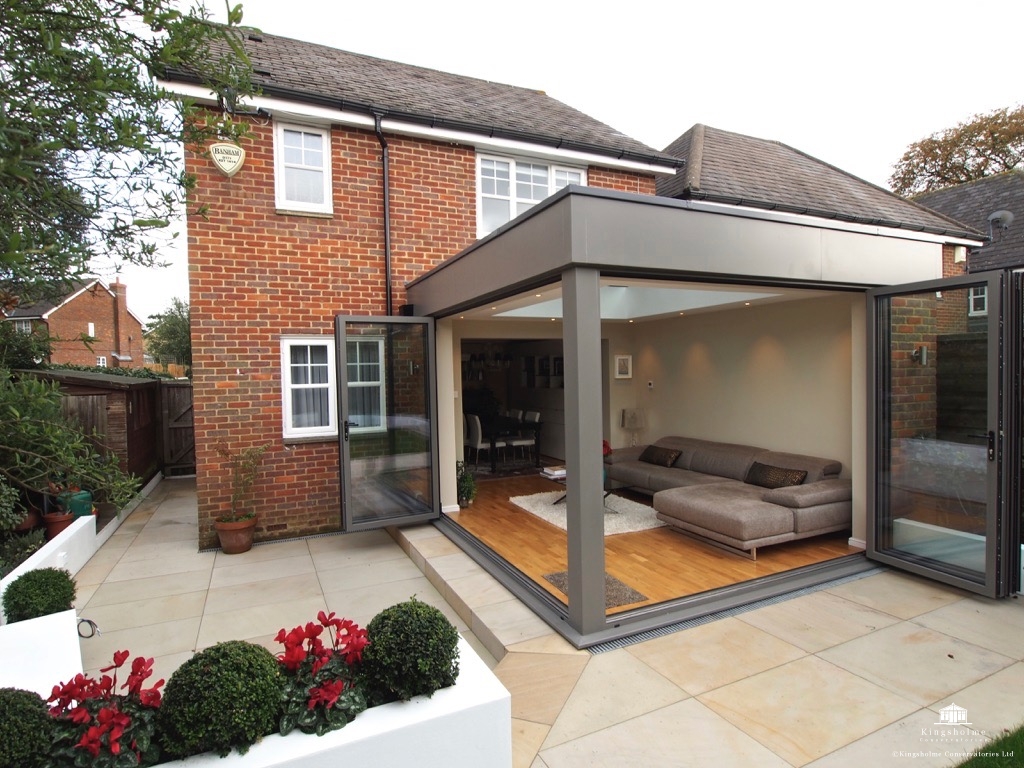 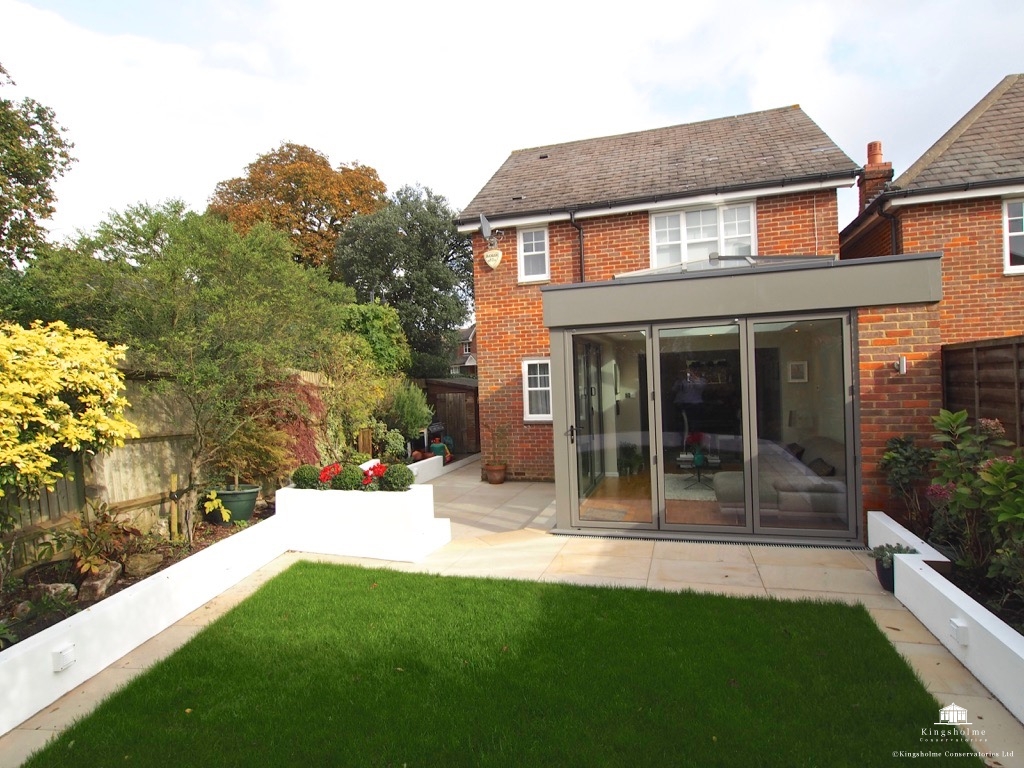