The painting is tastefully completed, the room is furnished and ready to enjoy the garden in. All that is now needed is the elusive sun.

The high roof space give this conservatory in St Albans a light and airy feel, the single door from the kitchen proved to be the correct decision. Conservatories that can be easily accessed from the kitchen always tend to be used more. In this instance, the clients had a large kitchen already, so whilst they wanted an entrance to the conservatory, they also wanted to be able to close the door to gain a moment of tranquillity.

The window design and brick detail really ties the conservatory into the main house. 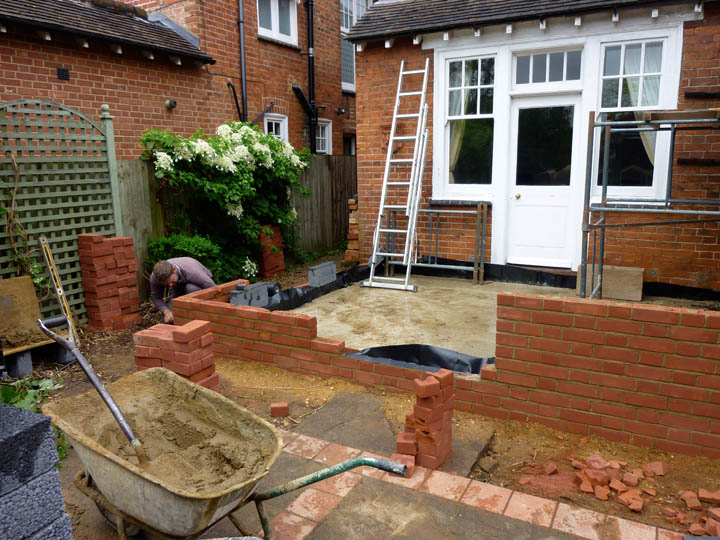 The sloping house roofs on two sides present a slight technical challenge. An orangery roof would have been easier in some respects, but the clients specifically wanted a conservatory to allow as much light as possible into the adjoining rooms. The will require a box-gutter on two sides.

The size of the conservatory is fixed by the two existing walls, although it would be possible to project beyond the rear building line of the house, the clients do not want to do so.