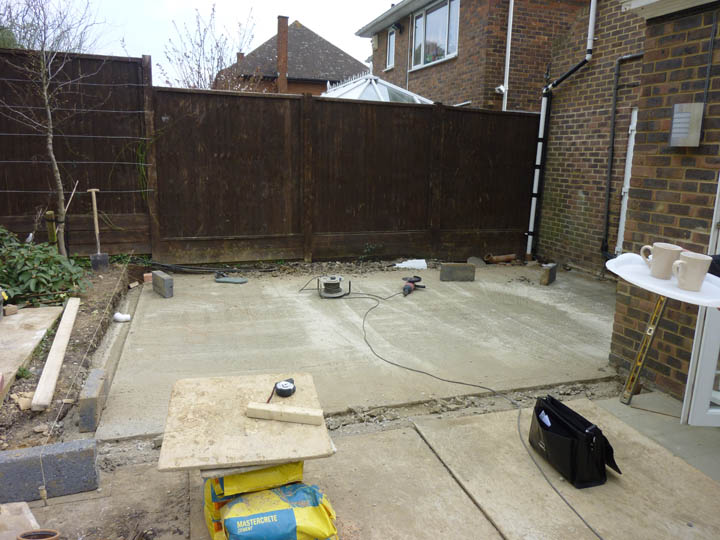 The concrete raft is poured and is tidied up ready for the bricklaying to commence.

The foundations have been excavated, the average depth is 1.5metres. There is quite a bit of drainage to alter at the front of the conservatory and a pipe to bridge over at the side, as can be seen in the photo. There will be a new kitchen fitted, so we have to provide drainage for the new sink and dishwasher positions at this stage.

The ground is fairly solid and shouldn’t be too susceptible to collapse, but we want to get the footings filled with concrete as soon as possible. Access on this site is a bit tricky, so it’s been a hand dig and the concrete will be mixed on site rather than readymix. 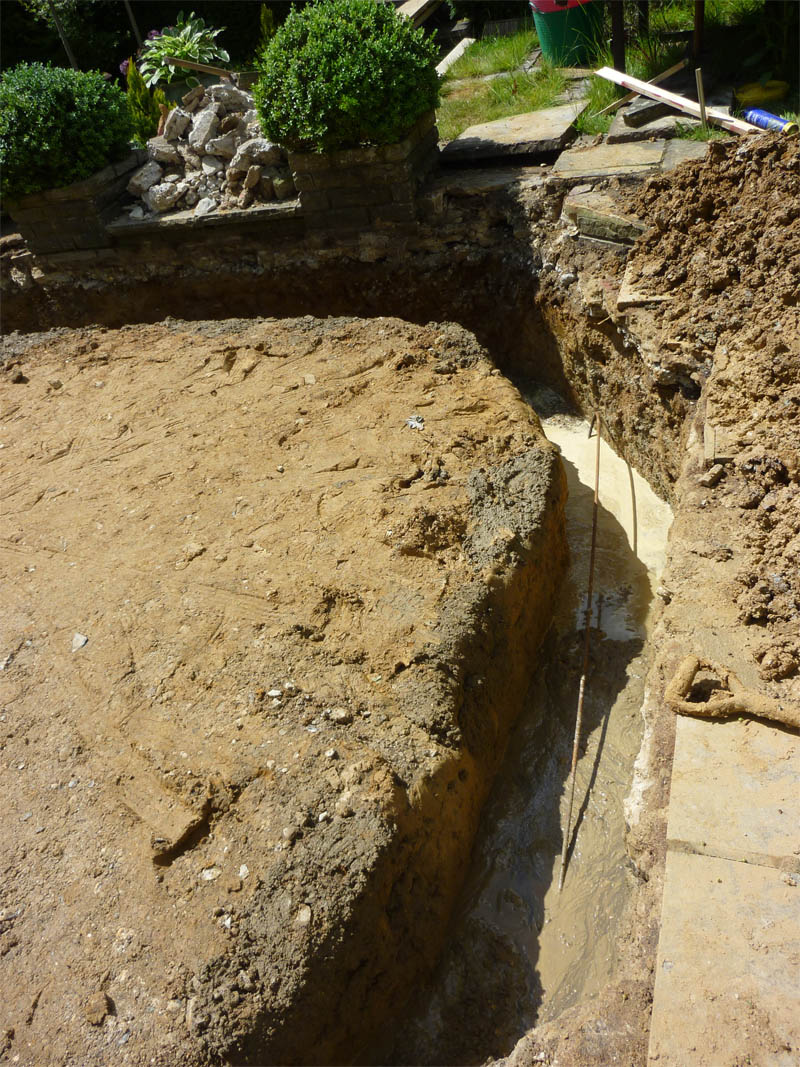 The concrete going into the foundations. These are around 1.5m deep at the back, going down to around 2m at the front due to the presence of shrinkable clay.  You can see some steel reinforcing bar going in.

The central area has been stripped of soft ground and will be back-filled and compacted with hardcore before the floor slab is concreted.

The clients are leaving the equation of landscaping in abeyance at present, but we will need to clear the garden a bit further back. 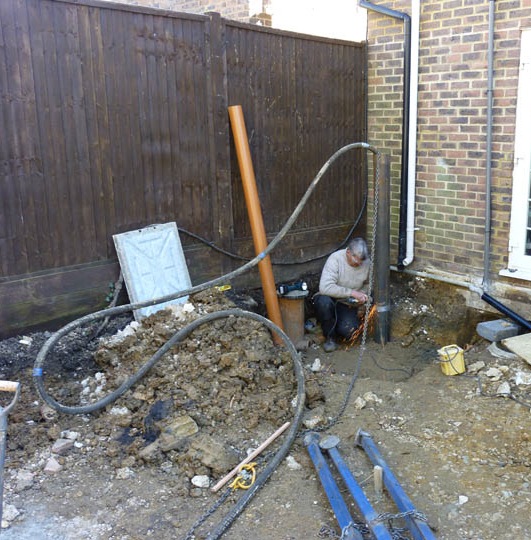 The piles tubes come in two metre sections and have to be welded together as they disappear into the ground. The piles typically stop at about seven metres, although on some jobs they have gone down over twelve metres! The hollow tubes are then filled with concrete.

In this job we have had to reconfigure a lot of drainage so there is more mess than usual, normally the piling is quite a neat and tidy process.

In his youth, Dave used to weld undersea oil pipelines in the Gulf, wearing full diving gear, so this is a piece of cake for him! Apparently they could only be underwater for a limited amount of time each shift due to decompression issues, so they had to spend the rest of the day lounging around the boat in the sun, drinking G&T. It doesn’t look quite as glamorous in the photo, but it’s still an important job.

The ground conditions dictated that deep piled foundations were required on this job. The access at the side of the property was limited, and the clients has a relatively new patio, so using a mechanical excavator wasn’t really an option.

Our preferred method in this situation is to use bottom-driven piles. We have used them on enough jobs over the years to warrant investing in the equipment and training ourselves. The piles are specified by a geotechnical engineer in conjunction with our own structural engineer.

The equipment is heavy but portable, the power is provided by a compressor which can be left at the front of the property and connected to the piling hammer by air hoses.