The final result of this contemporary orangery kitchen extension is looking great, the clients have chosen a sleek modern kitchen which fits the orangery perfectly.

Sometimes some of the most important aspects of our work are the bits you don’t see!

In this case the fact that the steel beam is hidden within the ceiling space really makes difference to the end result, allowing the ceiling to be flush.If the steel was box in below ceiling level, it would split the room in two and spoil the feeling of light and openness. 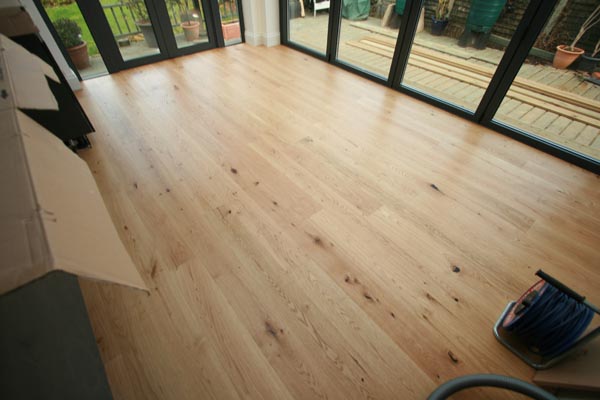 The oak flooring is laid, the job’s almost complete!

Walls and ceiling plastered, insulation down ready for screed.

The wide opening of the bifold doors is allowing the plaster to dry quickly! 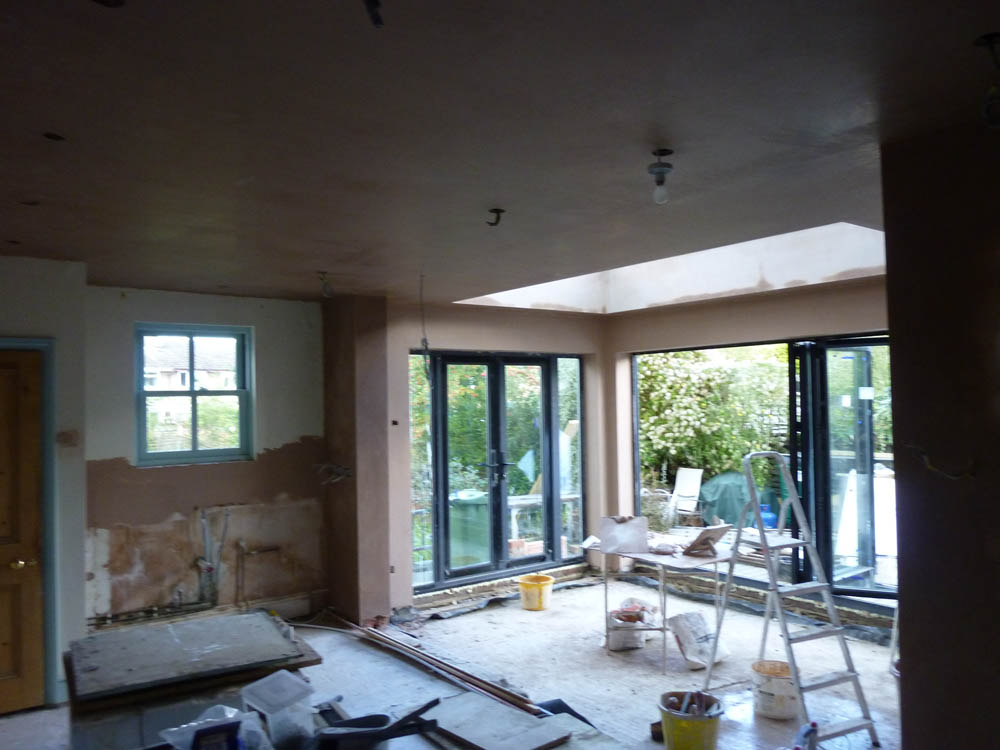 Both new and old ceilings have just been plastered, looks like it’s going to be a huge space. The plasterers have done a really good job, it’s a big area and the old ceiling was all quite uneven.  And they’ve kept the place relatively clean and tidy, I think plasterers can get canonised  for that? 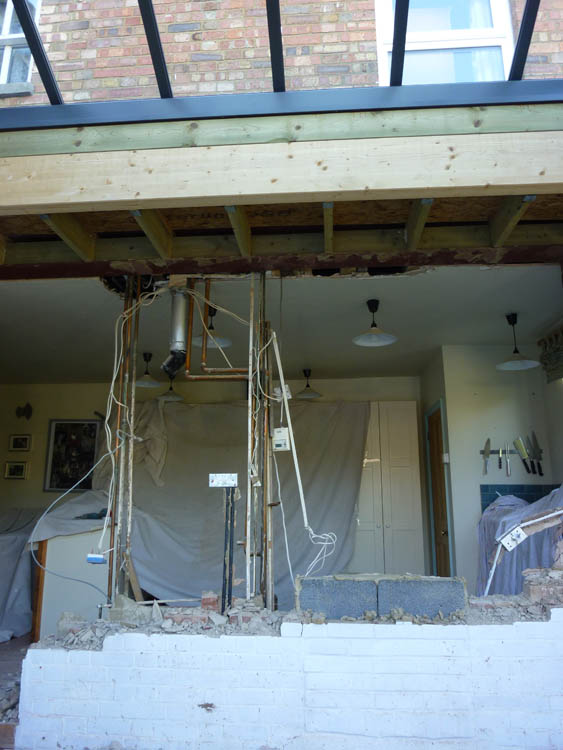 The wall has almost gone and the building hasn’t fallen down, which is always a good sign 😉 The steel is in place already and the new building is secure and watertight.

We have dust-sheeted over the clients old kitchen units, but these are being replaced as part of the project. The entire kitchen will be redecorated, but it make everyone’s life easier to keep mess to a minimum.

The pipework and cable will be re-routed, but because much of it needs to go into the floor, it will be easier to do once the wall is out of the way.