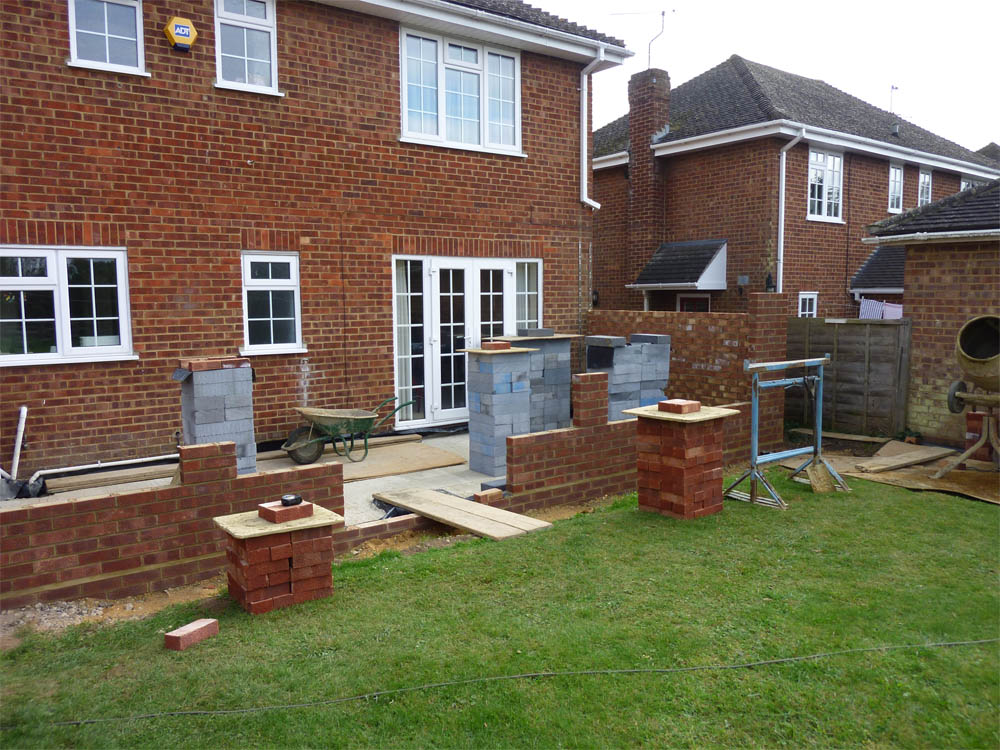 The brickwork has started going up, walls are getting to the height where they need to be backed-up with thermal blocks .  The narrow piers mean a steel framework is required.

Roof construction almost complete. The glulam beams form the main opening for the glazed lantern, but will need to be built up further to create enough upstand.

Plywood decking goes down on top of the joists, this is laid to falls, then covered with 100mm Kingspan TR27 then Sarnafil membrane.

You can see the soldier course brickwork detail. 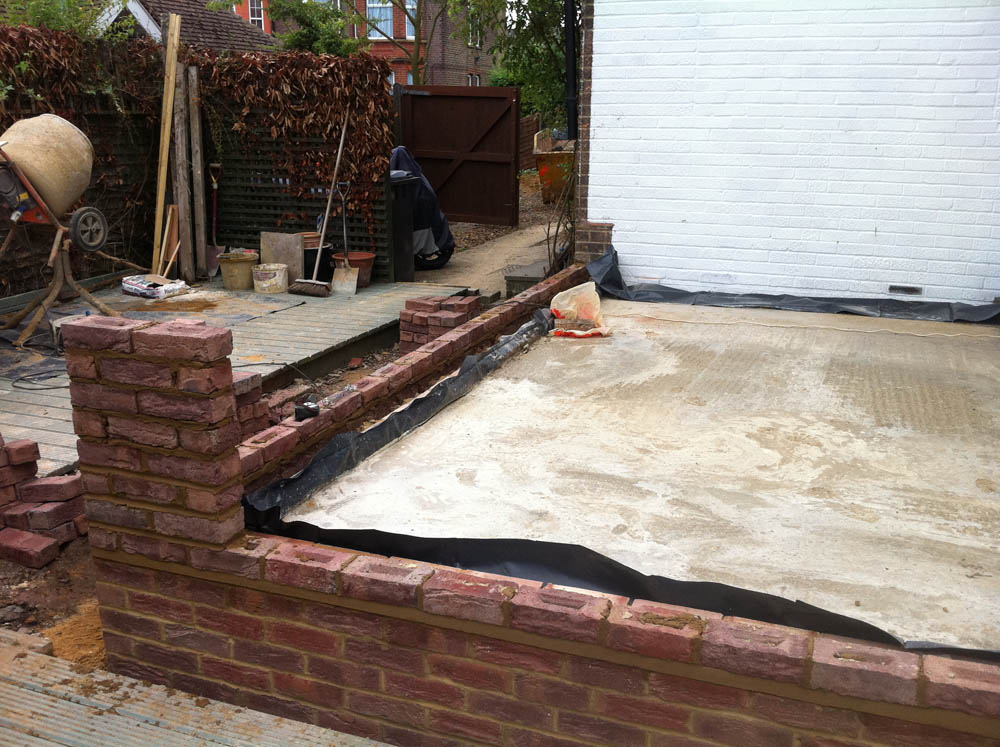 The main house has already been extended a couple of times and a variety of bricks have been used. The original house featured Luton Greys at the front and commons at the rear, with extensions done in an LBC Brindle!

We’ve opted for something that’s closer to the Luton Grey. We’ve also decided to omit the feature brick quoin detail as shown on the CAD drawings because the clients has asked for the pier width to be reduced and it would now look too fussy.

We’ve also used for a stretcher bond rather than Flemish with snapped headers as the nearest brickwork that will now be visible is in stretcher.

The concrete oversite is laid, there will be 100mm of Kingspan insulation to go on this, then the final screed.

The brickwork is complete and the roof can now go on.

There is a delay as the client decides what do with the fascia and gutter. This is a slightly unusual situation as we have to match the gutter and fascia on the existing extension and tie our new flat roof into the existing also. The existing gutter and fascia is made from softwood and has started to rot, so the client has decided to get us to replace the entire lot. This will make for a much better job, we will use a painted hardwood fascia and an aluminium gutter.

Normally our orangeries don’t have an external gutter as such, we construct an up-stand around the perimeter of the roof and use falls in the roof to run the rainwater to several drains. This is slightly more work, but it tends to look better than using gutters. 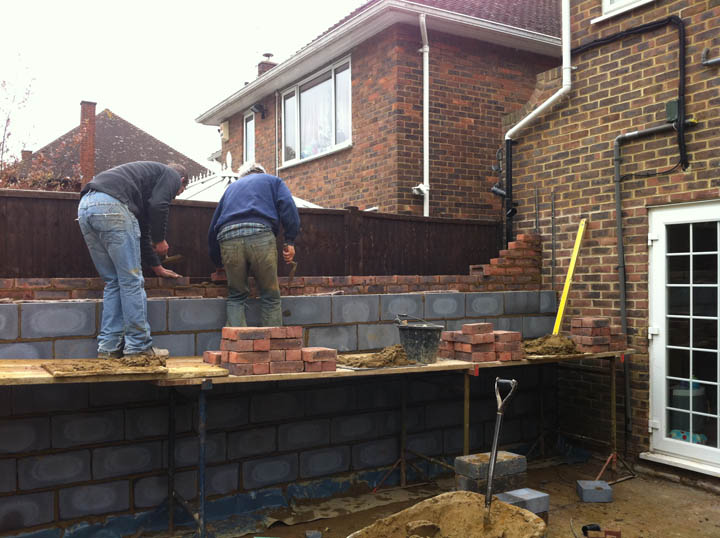 The brickwork is underway and the guys are pushing the long side wall up. Long runs of brickwork can be built at a faster rate than short sections and corners. The side wall is built fairly close to the fence, and although it is unlikely to ever be seen, we still have to use facing bricks.

There is some further drainage and pipework on the rear of the house for us to alter.